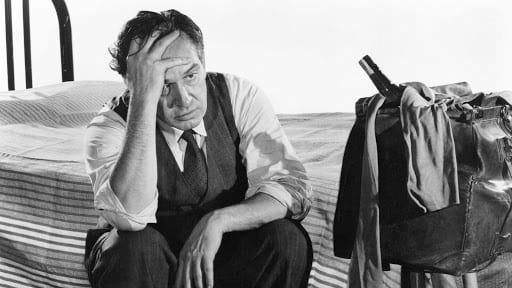 The American Dream is a driving factor in creating success out of the efforts of one’s life. This force influences the choices of an individual, whether they prove to be for the better or worse. Arthur Miller’s Death of a Salesman demonstrates the idea that individuals that commit unwavering trust to the concept of the American Dream will be left ignorant to the problems of their own present life and its realities. This notion is personified within the character of Willy Loman, who is the embodiment of a man motivated by the American Dream, but in the end it is this force that causes his downfall. Willy is so distracted by his own efforts to achieve his idealized success that he is simply left blinded from the need to fulfill the necessities of his present life, that being the obligation to support his sons and to set them up for success. Willy’s own interpretation of what success means is projected onto his sons, and ultimately is what allows him to continue living this misleading life, based on these unattainable standards that he has set for himself. But when Willy is reminded of the realities of his life, such as when Charley offers him a job, he is quick to dismiss them, relying on his illusions of grandeur. Even his wife Linda is powerless to shake some sense into her husband. In the end, Willy’s complete commitment to following the American Dream, striving for the success that he has seen with others around him, leads to a distorted understanding of his purpose in life, and ultimately to his demise as he commits suicide to finally give something to his family through his life insurance.

The American Dream is a powerful force in determining the choices and actions that an individual chooses to make. This further generates a greater influence on others around them, which consequently impacts themself. Willy Loman, who is introduced to the audience as a hard worker and the breadwinner of the family, is absorbed with the idea of chasing his own American Dream, which sets a model for his sons Biff and Happy. Throughout the play, Willy displays a strong desire for his two sons to be able to achieve the goals that he had set out for himself: goals that Willy himself had never been able to completely achieve. Willy explains that, “Bernard can get the best marks in school, y’understand, but when he gets out in the business world, y’understand, you are going to be five times ahead of him. That’s why I thank Almighty God you’re both built like Adonises. Because the man who makes an appearance in the business world, the man who creates personal interest, is the man who gets ahead” (33). Willy continually praises his two sons, having an unfaltering belief that they will be able to achieve success through sheer charisma and respect, in contrast with Bernard. Willy proves to be so immersed in his own illusions, not understanding that Biff potentially failing high school is a serious issue. Instead of instilling the positive traits of honesty and dedication in his sons, Willy only sees the need of being well-liked and popular. He completely misinterprets the qualities needed to attain the American Dream, which dramatically impacts his sons’ lives as well as his own. Willy is not able to accept and understand that these superficial values are not what will lead to his desired success. He falls back on his own notion of the American Dream as, really, it is the only thing left to allow him to achieve any tangible success in his life as a businessman. From what he has seen and experienced, it is something that has proven to generate success in one’s life, so then there would be no need to question it.  As he further explains about others such as his brother Ben: “The man knew what he wanted and went out and got it! Walked into a jungle, and comes out, the age of twenty-one and he’s rich! The world is an oyster, but you don’t crack it open on a mattress!” (41). Willy completely looks up to Ben, clinging onto every word of advice given to him. Willy’s conversation with Ben only further encourages Willy’s actions. He so desperately craves success for himself and his sons, but is not able to understand the sacrifices and commitment required to achieve these dreams of making a fortune. The American Dream proves to be a force that completely controls Willy’s actions, and Willy himself unfalteringly trusts it. This tragic flaw is what causes Willy to not be able to recognize the love and care around him, being prompted to put these societal standards above all else.

In being restrained by the inhibitions and encouragements of a force such as the American Dream, an individual is left to recognize and uphold the expectations of others around them. These forces, while still being a powerful tool of ambition, still hold the potential of transforming a human into a commodity, whose sole value comes from their financial success and worth. It soon becomes clear to the audience that Willy’s great aspirations have not led to any great success. The ego that has been developed with Willy consequently leads to him losing opportunities of being able to support his family. The idea of leading a modest job, being employed by another person, is not something that Willy can even comprehend, as he explains with Charley: “Charley: You want a job?  Willy: I got a job, I told you that. What the hell are you offering me a job for?” (43). Willy has had a competitive relationship with Charley over the years, and the fact that Charley has been able to be so much more successful has left Willy to question how he has not been able to achieve his own dreams. Willy is not able to admit to Charley or to himself that Charley really has beaten him in this ‘game of life’. In Willy’s own illusory world, working for Charley is an admission of defeat. Willy’s entire life has been built on this dream, an American Dream, that he will be able to be successful on his own terms, of sheer charisma and looks, and so he can not understand how Charley, a man who does not seem to have any personality, can be so successful. He simply can not allow himself to be obligated to Charley, to have his life be regulated by another man — or at least that is how Willy chooses to view it. This idea of an American Dream has instilled these egotistical traits within Willy; in the end, it is this force that will leave him with nothing. The impacts of Willy’s fantasies can also be seen within his own family, specifically his wife Linda Loman. Linda eventually talks about the state of her husband with Biff and Happy, and explains: “How can I mention it to him? Every day I go down and take away that little rubber pipe. But, when he comes home, I put it back where it was. How can I insult him that way? I don’t know what to do. I live from day to day, boys. I tell you, I know every thought in his mind. It sounds so old-fashioned and silly, but I tell you he put his whole life into you and you’ve turned your backs on him. Biff, I swear to God! Biff, his life is in your hands!” (60) Linda is completely aware of Willy’s secrets, such as his suicide attempts, but she makes no efforts at all to change that. She unfalteringly supports Willy in his endeavours, always being by his side. Linda does not choose to, or is at least unable to, do anything about this. With what is expected of her being the lady of the household, she must take care of Willy, aiding him in all his attempts at fortune. Just like Willy, Linda is consumed by the American Dream. She willingly chooses to never shake Willy out of these illusions, further inhibiting and encouraging Willy’s own actions.

In the end, Willy’s dreams lead him to his grave. At the end of the play, Charley expresses his own opinion of Willy going on to say that, “Nobody dast blame this man. You don’t understand: Willy was a salesman. And for a salesman, there is no rock bottom to the life. He don’t put a bolt to a nut, he don’t tell you the law or give you medicine. He’s a man way out there in the blue, riding on a smile and a shoeshine. And when they start not smiling back — that’s an earthquake. And then you get yourself a couple of spots on your hat, and you’re finished. Nobody dast blame this man. A salesman is got to dream, boy. It comes with the territory” (138). Charley’s speech takes the blame from Willy as an individual, and reflects on the demands and expectations set on him being in the midst of this American Dream. He views Willy as an exemplar of his trade, and to extrapolate he is just one of many men who have been misled by the false promises of the American Dream, which has proven to reduce men to simple products. Charley’s explanation demonstrates that Willy’s suicide is not justified as, really, it defies his own intentions. Willy, being led by his American Dream, chose to once again abandon his family in this search of wealth: the payout of life insurance money. His warped sense of success and prosperity, being led by the American Dream, leads him to only measure his accomplishments in terms of money, viewing his own person not as a loving father or husband as seen with his family, but rather purely a monetary fund. Willy had unwaveringly followed the path of the dream, raising and supporting a family while venturing into the business world with the ambition to achieve great things. He chose to continually look to the past, believing in this myth of a dream, blindly pushing forward and never truly being able to understand the impossibleness of the standards that he had lay ahead for himself, all while being propelled forward by this force of an American Dream. Despite the tragedy of his father’s death, Happy mentions that, “I’m gonna beat this racket!”(138). He wishes to stay in this city and succeed where his father has failed. Happy is not able to understand how this force of the American Dream has caused so much disaster, encouraging Willy to ultimately take his own life. Happy has now started where Willy ends, chasing dreams, being inhibited and encouraged by the American Dream. Willy had chosen to follow this quest for greatness, being encouraged by the forces of society itself, and ultimately failing to the most fatal flaw — himself.

Arthur Miller’s Death of a Salesman portrays the impacts that a force such as the American Dream can have on a fragile individual such as Willy Loman. Willy chose to follow his own grand hopes and dreams, unattainable standards that he has set for himself, being in the midst of this American Dream. This dream, while proving to encourage an individual to follow the path of what they desire most, can ultimately be the source of one’s failure.