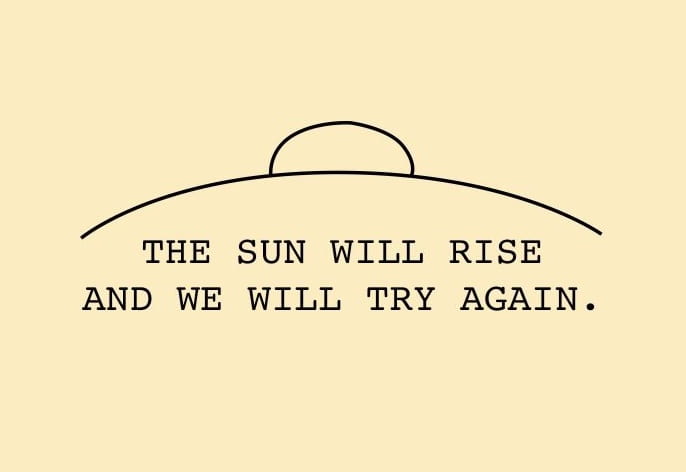 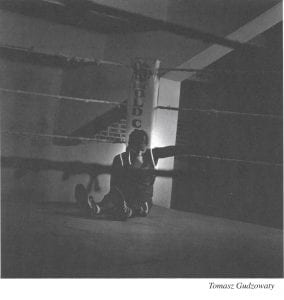 What do these texts suggest to you about the tension between an individual’s doubts and convictions?

It started when we were freshmens. I can’t say I was naive because I’m still just as naive as I was then. She and I first met at lunchtime, sitting on the floor under a giant orange canvas, brought together by our friends unintentionally. I knew she was problematic but I pushed the negative thoughts away. After all, no one is inherently bad, and no one is born with “evil intentions”, and rumours aren’t to be trusted, and I had just met her. We’d known of each other’s existence all through middle school but had never made a connection beyond a general greeting or a quick, forced smile, as if we were each trying to prove that we weren’t what people said we were. So I introduced myself as who I thought I was that lunch period, and she did the same. And that’s how The Girl and I became friends.

For the first couple of years, we were fine. We were distanced but happy, like any good two classmates should be. We spoke, but in moderation. We greeted each other but limited ourselves to the standards. We were ourselves to an extent. Our friendship was filled with gray areas but I consoled myself, saying that one day it would be black and white. I was content with her for being nice enough to make those small gestures. For those two years, she proved to me that she was a decent person who was willing to be friends with me, and I felt appreciated, even though I knew what people said about her. They said that she was a snake in disguise, a manipulative soul who cared only to bring attention to herself. But I couldn’t believe them. She was so sweet and she cared about me, and I’d never seen her do anything to hurt another person. Maybe that was my problem: that I couldn’t recognize when things were happening right in front of me, because I didn’t understand them, didn’t believe them.

Near the end of grade 10, I saw a change in her. We were in the middle of our physics unit and were headed outside to run an experiment regarding how a little toy car would accelerate down an incline. Unfortunately, the car wasn’t the only one gaining speed as it traveled downhill. The Girl was in a fight: she and her best friend had just split up after a month of drama, and I happened to be the only one in the room who knew both of their sides of the story. I picked myself up as the teacher announced that we were going to be heading outside, and turned around to find The Girl standing right behind me. Without a word, she hooked her arm around my left arm and pulled me towards the door as she started chattering about something that had nothing to do with me. As she tugged me, I felt a second arm wrap around my right and I twisted my head to see the best friend hugging my second arm close . A wave of goosebumps washed over me as I saw their faces. Both of them had an overly sweet smile pasted across their faces, their eyes upturned happily, combined with the glowing aura of spite which emanated from both of them. I looked between them, shaking, wondering which one I was supposed to pick, which one of them was more deserving, which one of them was less at fault. By this time, tears were already starting to fall from my eyes against my will, and with that, I yanked both of my arms out of their grasps and bolted past everyone, so that I walked just behind the teacher. At the end of the day, The Girl came up to me and apologized for the way her ex best friend had acted, putting extra emphasis into her “sorry”’s and her “I didn’t mean to bring you into this”’s, and I took it. For some reason, I loved her that day. I loved her because I thought she could see my pain, I thought she was trying to make sure I was okay. I know better now, but back then, I didn’t have that kind of support, so her words drove straight to my heart. I had my doubts but I let them settle in the back of my mind. I truly believed that she cared for me too.

There were many other occasions where The Girl and I were put in difficult positions. Everytime, the rumours rang louder and my doubts echoed in my head . As the relationship kept going, I kept seeing more evidence that supported my doubts about her character, but I scolded myself for thinking in such a way. After all, what kind of friend chooses to think poorly of the other? Sometimes she would discuss the personal matters of people that we had no right to be talking about, or she would make fun of the people she was messing with. In these moments, I couldn’t help but wonder if maybe I was making the wrong decisions. I’d feel this question of my own morals arise inside of me, I’d feel it well up and follow me whenever I was with The Girl.

Anyone else would have probably thought I was stressed or anxious, but internally I felt like I was being crushed by myself for not knowing what I was doing. When The Girl stood up for me in a tough conversation I was having, and she told them that my opinion mattered and that I didn’t deserve to be pushed around, that weight felt like it was lifted. In that moment, I trusted her with my very being, I thought I had gotten the proof I was looking for, the proof that she wasn’t a bad person and there was nothing wrong with me being her friend. But then on another  day I’d find her vaping behind the safety of the bathroom stalls, reducing someone else to shreds with words I could never even dream of using. Our friendship felt like a rollercoaster, where my feelings of her were always changing with every new incident. Everytime we went up or down, it felt like another punch was being thrown at me as I struggled to find a way out of the ring I’d somehow managed to get myself in. However, I never blamed her. Every punch I felt was thrown by me. I was beating myself up for being too indecisive while also being too rash, and for doing too much while still doing nothing at all. Every move I took made me question myself and my actions. I would console myself only to feel useless later. It was an endless loop of battle, when all I wanted was to sit down and take everything in without having something new thrown at me.

It’s funny how this small relationship took a toll on my life. I found myself shaking during tests or crying after presentations. I became quick to break to tears and l am emotionally weak to the point where I can’t control my reactions the way I used to. Everyone notices. My teachers, my parents, my friends. They all notice how shallow my feelings are, they can all see my mood in my expressions now. My face tells them in clear, black and white print.

I thought that losing control over myself was the worst thing that could have happened. I thought all of my friends were going to walk away from the weeping child I am. Thankfully, my predictions of who my friends were was once again inaccurate. About a week ago, I found myself in a video call with the rest of my friends. The Girl was not there. We were talking about how we all had weaknesses and how we all had our faults, but that we overall were proud to be with one another. Eventually that conversation escalated into us telling each other what parts we didn’t like about each other, and finally, my turn came. Without any hesitation, they told me that I was being used. They told me that I was being pushed around by The Girl, how they could tell I was uncomfortable, and they told me that she was misusing my trust. I was completely stunned. For the first time, I was standing in this ring and I was not alone. I didn’t notice when they stepped in there with me, but they stayed long enough for me to sit down. There were people with me now, people who were seeing everything from an objective lens, people who I never questioned, people who I never beat myself up for. So, on that online lunch period, I cried by my own accord. I let the tears run as I told them how I knew The Girl was bad for me, how I knew she made poor decisions, and how, at the same time, she was a good friend. Not a good person, but a good friend.

As funny as it is, even though I said she was a good friend that day, I didn’t feel the love I’d felt before. I didn’t regret my words immediately after saying them, nor did I feel like our relationship was gray anymore. For some reason, right after my friends confirmed my doubts, everything seemed clear. I don’t want to be The Girl’s friend anymore. She pressured me into discussion with people I felt uncomfortable talking about, and she took actions that I truly don’t support. I said the words. I made the choice. And I feel free. I’m still in this box that we call a relationship, but I’m able to sit down and think about it with a clear mind now.

If I’m honest, I think ever since I told myself that I didn’t want this relationship anymore, The Girl has also known. Without me telling her anything, I think she knows. She knows I’m going to step out of that ring any day now. She knows I’m done. With those words I somehow put myself in a corner, where I have less options and she knows that I’m that I’m there. I’ve never been so happy to be in a corner, with paths blocked off, in a place where I know there is only one way out. I’ve never been so happy to have that wall in my way, because it’s something I know for certain. I know for a fact, that after this year, the Girl and I will never see each other again. Even if I can’t say that I’m completely free of her yet, at the very least, I’m not crying anymore.

Thank you thank you to anyone who actually read this. Uhhh we’re just on a ignore the fact that I’m suddenly posting after a year for no particular reason. Also, yes, I did cry while writing this teehee. But at least the trauma makes for a good story hehehehe 🙂

also, not me posting at 12am oops