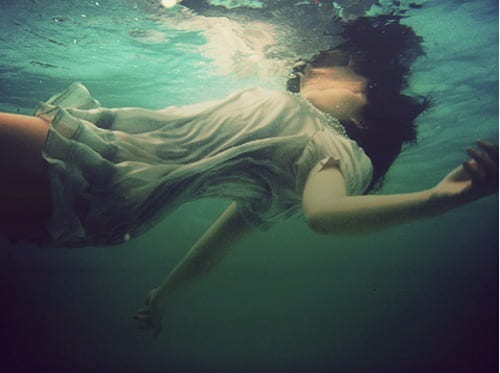 My beautiful voice, no longer of beauty.

suffocating and gasping for a breath of freedom

Perhaps, if we all sung,

not then will my song be quieted and disregarded.

Perhaps, if I sung just a little louder,

not then will my melodies be lost within the echo of silent lies.

Perhaps, if I held my note just a while longer,

not then will the choir cease to sing, while my whispers drown silently out of reach.

Perhaps, if we listened to the silence…

Perhaps, if I listen to the deafening chants and the roaring chorus that commenced within me,

only then will my beautiful voice become your burden.

And it may be heard in a ghastly cadence,

a rhythm that fills the warm pretence with an embrace of the harsh, buried reality.

One that screams of the sweet satisfaction of stridency,

And we all thought the Nightingale’s song was gentle–

But all they hear is the nothingness of lies;

not gentle, nor strident.

As the unsettled wind blows my lyrics out of reach.

Over and over- almost incessantly,

Until my desire to sing is no longer.

Through the eyes of a Nightingale.

It’s like drowning. Thrashing and flailing desperately as a swirl of numbing darkness envelopes your body and swallows you whole; for it is easier to drown, than to choke on the anguish of relentless fighting. You know how to swim, every nerve within your body is begging you to swim towards the sun-speckled surface, but every time you reach up towards the bliss, it propels you deeper into the void of loneliness.

It’s like being trapped in a box. The devoid of oxygen consumes any lingering hope, while you are left gasping for musty air, that is thick with sweat and moisture. The heavy blanket of pungent air burdens your limp, lifeless body, as the walls tortuously cave in. You can’t breathe, you can’t move; all you can do is feel the stinging tears burn down your face, listen to your whimpers that echo within the four walls, and watch the formation of fresh bruises that tell the story of relentless torment.

But no one knows that you are drowning, or that you are imprisoned within a space you can not escape. No one can hear as you choke on the frigid, swirling water, just like no one can see the bruises that trace ominously up your limbs. That’s how it feels to be deprived of your voice and the ability to tell your story; you begin to drown in the depth of your silence, and are imprisoned with your unchanging thoughts that you could not translate into words or actions.

Silence is the bountiful ocean of tears amongst the unsaid, unheard and unspeakable, in which thunderous waves rise like angry mountains with flashes of blinding light.However, it is also the stillness of the night, where nothing is heard in the darkness but the echo of the howling wind.

I wanted to be that calm breeze in the sea storm and the movement in the stillness of the darkness, with my wings outspread, ready to sing my truth. No longer is this my desire. Perhaps, if I had found this courage within me before, my song would not be as lengthy and burdened. If only others had listened to my quiet humming before, and if only, I had listened to theirs sooner. Perhaps, it wouldn’t be so difficult to break the confinement of silence, and escape this whirlpool of misery- which is not even the most difficult part.

But now, I am a nightingale, a small bird with a mighty, beautiful voice. I sing in the night, encaptivating the stillness of silence with my lore, through the peak of daylight until the sun calms the tempest, entangled with violet. No longer am I afraid of the foxes and the snakes that robbed me of my voice, frightened me until my song ceased.  Now, I can beat my wings farther away from these predators; I can reach the sun- speckled surface whilst breathing in the fresh glory of relief, and breaking through the towering walls of imprisonment.

But then I open my eyes and the curtain of false aspirations is lifted.

I begin to hear an ugly cry for help that is brushed away as a nuisance to our sleep, rather than the beautiful, powerful voice of the nightingale. I feel my wings flapping frantically out of the violent current, only to be greeted by a hail of bullets from above, not a sun-speckled surface. I escaped this suffocating cage, only to be thrusted into another which has thicker bars and mustier air. I realize that I will never be free of predators; no matter how high a nightingale flies, their predators never cease to exist. My voice has been quieted, but I find the courage within me to break the silence.

I always find my voice.

But whenever I find my voice, by prying away the cold hands around my throat , no one ever believes me. No one wants to listen to the nightingale’s song, if it is not beautiful.  Eventually the echo of my truth subsides, and the hands clasping around my neck multiply, while my voice is buried alive.  Over and over again.

I choose to stay silent.

This was my creative response to the book, “The Nightingale”, by Kristin Hannah. In this heart-wrenching book, set in occupied France during World War 2, two sisters are combatting the various injustices imposed on them by the German soldiers. This heart-breaking and intriguing story is weaved on the thin threads of silence and powerlessness. The response titled, “Through the eyes of a Nightingale” is my creative/personal response to the poem I wrote about “The Nightingale” , which is titled as “Never Again”. In other words, I created a response to my own poem.

2 thoughts on “Through the eyes of a Nightingale”