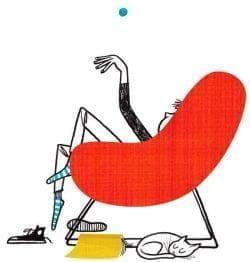 I was drawing for an art assignment; the first one since the school closed. The purpose of the art piece was to draw how you were feeling (in lieu of the virus). I remember that I was struggling with the assignment because I didn’t know how I felt. Then I realized something, it wasn’t that I didn’t know how I felt, it was that I didn’t feel anything about the situation at all.

This feeling was not denial, that much I knew. It felt like I didn’t mind it at all as I felt that nothing much changed. Eventually, as a month went by since the school closed (temporarily) I began to feel something, boredom. I stayed home for the most part, only going out when necessary and I started to feel as if I was watching a new coat of paint dry on the wall. I saw a change and became interested in it, then I realized that I was just looking at a wall change in an inconspicuous way in dead silence.

In this silence the seconds became hours and I was just hoping to find something to drag me out of this grotesque boredom. I had some distractions that took up some of my time such as school work and entertainment in books and movies. Then this perpetual cycle I was on of school work and doing the things that interested me began to lose its luster. The things that used to bring me such joy and comfort after a school day still brought such feelings but lost most of its impact. They still served as a distraction for the most part but I just started wanting to do something else more and more as time went on.

Two months ago I used to count the days pass by and the exact hour for when certain things are due or events posted. This went on until time just started to pass by seamlessly and I was just waiting for the days to pass by when I was free. This feeling started resurfacing when I started my assignment.

I tried sleeping in, but the habit of waking up early for the majority of the past nine to ten years seemed to finally kick in. I don’t wake up as early, but the difference was only an hour or an hour and half at most, which was still quite early. As I’m usually unable to go back to sleep I would get up and do my routine before starting the day. The bright side is that I (somewhat) learned how to cook and started making my own breakfast.

I would say this is more of a loss in this situation.

As I was feeling this I felt respect for the front line workers who were risking their lives for this situation, as I knew what I’m feeling is nothing compared to the risks that they are taking. At the same time I don’t feel a single piece of guilt over my feelings as I think my mindset is just like that. This is not to say that I don’t feel or understand the feelings of others all around the world who experience much worse than me. I may not completely understand, but I know the toll it takes on everyone.

When I recalled all of these feelings and experiences over the past two month I realized what I should do for the assignment. During the course of the past two month nothing new happened to me emotionally. There was no guilt over feeling bored in a situation such as this. So I drew myself with a bored expression and handed it in the next day. I created the perfect title for the piece as well “Nothing new”.

2 thoughts on “Nothing New – Free choice”