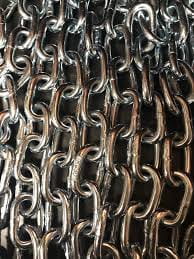 Death of A Salesman

Having an idol is a regular part of life. Everyone will have people they look up to and people they aspire to be like; quite often one’s own parents. Parents bring guidance and mentorship to their children; teaching them what to value, and how to succeed. Children can think so highly of their parents, that when a parent does something wrong, the child is hurt because of it. The wrongdoing changes their perception of their parent, cracking their idealistic view of them. In Arthur Miller’s Death of a Salesman, Biff Loman was like most other children. He looked at his father with the highest respect and awe, and wanted to be just as successful as his father. Through Biff, Miller shows that when an individual has an idol, they will do anything to make that person proud; however, if that idol is ever caught in any wrongdoing, the individual will either live unconstrained by the flaws of their idol, or they will live their life trapped by the hurt caused by their idol.

Through high school, Biff did everything he possibly could to impress his father. He was a star football player, and he was popular and good looking. Every chance he got, he would boast to his father about himself, hoping for the validation from his father that he was doing well. On Willy’s end, he wanted Biff to succeed in order to have something else to boast about, being that having a successful child added to his success. When Biff went to his father with his achievements, he would then gain advice from his dad, furthering his idealistic view on him. Biff had everything he ever wanted. A successful father who was proud of him, one that would push him to succeed and would validate him at every turn. Biff could live unconstrained by any circumstance because he had his father by his side. They could overcome any obstacle that came Biff’s way because they had the drive and they worked hard. Even when Biff fails math, Willy is adamant that the teacher passes him, either that or summer school if it doesn’t work. Either way, Biff lives unconstrained by any circumstance because he has his father by his side.

When an individual sees something that destroys their idealistic view of their idol, they are destroyed themself, for an individual sees their idol as someone who can do no wrong. Yet, when their idol does something wrong or unethical or immoral, they do not know what to think. The situation is so shocking to them that it takes them time to process what had happened, and when they do, they no longer see that person as an idol. When Biff fails math, he goes to Boston to see his father so that he can still graduate; but when he gets there, he sees his father with another woman. More specifically, he sees a scantily clad woman in his father’s hotel room. In that instant, he knows that his father has been cheating. His perfect, successful father was cheating on his mother, who had done nothing to deserve that. To make matters worse, Willy gives the woman his wife’s stockings, and that is the tipping point for Biff. He thought of his father as the perfect man, someone he looked up to and someone whose validation he needed; meanwhile this whole time, his father had been cheating and lying. When Willy tries to make excuses for having the woman in his room, or tries to change the subject back to Biff, Biff takes none of it. He is so hurt by his father that he doesn’t even see his own aspirations the same way anymore. Because of this circumstance, Biff rethinks everything that he’s ever done in his life, and his vision to succeed and be like his father is shattered. It closes him off, making him give up on the big dreams that he once had. He becomes constrained by the hurt caused by his father cheating on his mother, and nothing his father can say to him can change it.

Years later, Biff comes back to visit his father, after years of going from job to job. He soon learns that his father has not been successful at work and that it has been affecting his father’s mental health. At this point, he begins to want to make his father proud again. He no longer has idealistic thoughts of his father, but his father is still his father and he wants to do him proud. He sets up an interview with a successful man named Oliver to make his father happy, but then he realises that he was never good enough to get the job. His father doesn’t comprehend that and continues to go on about Biff and Oliver. Happy, Biff’s brother, only encourages Willy and doesn’t help Biff’s point. Biff finally realises that there is nothing that he can do to change his father’s mind. He realises that he will only hurt his father more and more by staying, because he knows that he will never be a successful salesman like his father wants him to be. He wants to work on a farm, to work with his hands, rather than to sell to people for a living. Biff finally breaks through the constraints that his father had placed on him, and he decides to pursue his own goals. Despite his circumstances, he chooses not to be constrained by them, nor by his father, and he finally can do what he wants.

When an individual’s idol turns out to be imperfect, one can either be constrained by the lies surrounding their idol, or they can break free of those constraints and start anew. In Death of A Salesman, Biff’s idol, his father Willy, turns out to be imperfect. When Biff sees this, he becomes constrained by the lies given by his father. He loses sight of what he wants and does not know what to do with himself. He gives up on graduating and gives up on being successful like his father. Years later, Biff realises that he wants to work on a ranch, and in the end, he breaks himself off from his father. He realises that while he loves his father, he will only cause his father more and more pain, and that his father is only holding him back. Through this revelation, Biff is able to break free of the constraints caused by the circumstances surrounding his father. When an individual finally sees what is true to them, then can they see the constrains set upon them, and only then can they figure out how to break through those constraints.