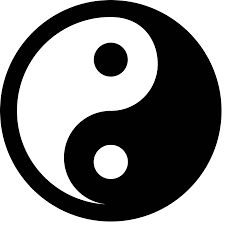 Through high school, everyone always tells you about how hard Grade 11 is, and how much of a leap it is from Grade 10, but no one ever really realizes it until it hits them. Even though we are used to each grade steadily increasing in workload and complexity; the jump from Grade 8 to Grade 9 and the smaller jump from Grade 9 to Grade 10, we never realize how much harder we have to work in Grade 11. It’s stressful. Especially since it is the year that your grades start to matter. We have to start thinking about post-secondary and what we want to do in the future, as well as the courses we want to take and the prerequisites for them. Grade 11 is hard, but it’s not impossible to do well in it. You just have to figure out your biggest bad habits, maybe you don’t have any, but you find them and you slowly try to fix them. This whole semester, I couldn’t really figure it out. I had ideas, but they weren’t things that really affected my schoolwork. Last week, however, I visited my respirologist and that is where I had an epiphany. He told me that in order to succeed, one has to be smart, but more importantly, they need to have discipline; and that is when I realized that discipline is my greatest flaw.

Through the earlier years of my life, (I didn’t say early because I’m still at an early stage in my life), life was so much easier. I didn’t have as many responsibilities, I didn’t really need to commit to anything, and most importantly: school was easy. Despite growing up with very high standards for myself, by both my mom and I, I didn’t really study. I never studied. I might have skimmed over my notes to make sure I didn’t really miss anything, but other than that, I didn’t do much. I didn’t even do my homework; unless it was for marks, and in that case, I worked hard. My Grade 7 teacher once said to my sisters that it was like the information went in one ear, out the other, and onto my tests; being that I didn’t really pay attention in class and I didn’t do the extra practice questions. I just did whatever I wanted and my grades were never affected by it. I never needed to be disciplined; my mom did enough of that for me, but even at that young age, I was teaching myself slowly on how not to be disciplined.

As I went through my last bits of middle school, as well as the first half of high school, I realized that my procrastination level has only grown. At first, it was only things that I forgot I had to do, like a last minute assignment or a recently discussed quiz. As time went on, even the type of things I procrastinated increased. From handing in things late, to completing them the morning they’re due; I would always hand everything, eventually. Even in Grade 9 and Grade 10, I look back and I remember assignments that I only did the night before. Just before, in Grade 8, I did the biggest assignment of the year, the night before it was due. And I got 98%. The problem with that, however, is that I didn’t see that doing it the night before was particularly bad; I mean, how could it be when I got a 98% out of it. That was the problem with my mentality, and because I didn’t see it, my bad habits only grew from there.

Discipline doesn’t just apply to school; it applies to basically every area of one’s life. When my respirologist gave me advice, he wasn’t just talking about school, but rather about my physical health. One of the things I struggle with often is consistency. Discipline is the following of rules and the codes of behaviour; therefore, it can also be about daily things. Only recently have I begun to notice all of them.

I never realized that I was so undisciplined until that day at my respirologist’s office, where he basically told me that I need to turn my life around; and since that day, I’ve just been a whirlwind of emotions. It’s a hard thing to change a habit that you’ve had most of your life, like biting your nails,(Which I still cannot break that habit and I’ve been trying for a long time). In breaking habits, you need the discipline to stop doing your habit, but when you don’t have discipline, it’s pretty freezerburning hard. Even this week, I’ve fallen back to my usual ways and while I got some stuff done, it was done at the last minute like everything else this semester. With my other subjects, it was a little easier to be on top of it, except physics: we don’t talk about physics, but my main struggle was with ELA, and while I’ve been a terrible person when it comes to handing in work, I’m super grateful. I’ve learned more than I could have ever imagined, about writing, reading, the world, and myself. I’ve had more epiphanies in one classroom, than I’ve had anywhere else in the world, and for that I am grateful and terribly sorry for the way this semester has gone.

One thought on “The Greatest Struggle For Yours Truly”