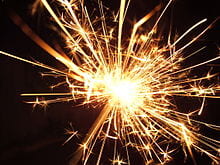 From a Spark to the Sun

The significance of an individual’s attempt to live unconstrained by convention or circumstance.

Circumstance and convention can be classified as standards that have been established in an individual’s life and determined by those who surround them; intimate partners, families, or even society as a whole. Often these conventions will control that individual’s actions, limiting their dreams and personal desires. Almost always, even under the said control of conventions and circumstances, humans will never reach this standard as nobody is 100% perfect. This inevitable failure will manifest dissatisfaction, unhappiness, and guilt causing reason for that individual to struggle and fight for their dreams. In their attempt to live unconstrained by convention, they will discover the truth within themselves and choose to follow the pursuit of their dreams and passions regardless of the convention and circumstance around them. Zora Neale Hurston illustrates this argument through the character Janie, in her novel, Their Eyes Were Watching God. Janie, a strong-minded woman who dreams of true love, initially falls short of her dreams due to the restrictions her Nanny has set in place, forcing her to marry against her will. Throughout the course of her life, Janie encounters people who create new expectations of her, constantly forcing her to adapt to the changing conventions and circumstances around her and, ultimately, preventing her from discovering true love. In this process, Janie is able to find the strength to face the circumstances around her and takes ownership of her dreams regardless if she meets the standards of people around her. When an unsatisfied individual fails to meet the standards of the convention placed around them, they manifest a need to prioritize their own beliefs and rebel against their surroundings. It is only when an individual refuses to limit themselves to the conventions around them, will they finally be able to achieve their dreams.

If convention or circumstance has been established in one’s life for a long period of time, one is more inclined to believe it to be true, even if it goes against their personal beliefs. From an early age, Nanny has always prioritized Janie’s well being over everything else in her life, most likely due to Nanny’s history as a slave. “Ah can’t die easy thinkin’ maybe de menfolks white or black is makin’ a spit cup outa you.” Nanny specifically wants to ensure that Janie will be safe from the men around her (who Nanny has already perceived to be untrustworthy and dishonourable). When Nanny saw Janie kissing a young boy, Nanny realized that Janie was beginning to pursue her inner desires and instincts as she witnessed her “awakening.” Nanny fears that these naive and instinctive feelings will influence Janie to lead herself into life without honour or self-dignity.  Knowing that she is weak and unable to maintain a strict standard or convention around Janie’s youthful, fiery spirit much longer, she “wants to see (Janie) married right away,” to a wealthy man named Logan Killicks – someone whose success and reputation Nanny finds as an incredibly safe environment that will keep Janie protected. Even though Nanny knows this is against Janie’s wishes, Nanny believes that by limiting Janie’s dreams now, she is protecting her reality forever. It is in the tension between Janie and Nanny where Janie truly sees her inner beliefs and dreams of romanticism get limited through the constraints of the circumstances around her, causing her to feel dissatisfied and upset. At this point in the novel, the readers see Janie’s first attempt to break from the circumstances and conventions around her, as she fights and pleads with Nanny, to no avail, and finally agrees to marry Logan. Now, the magic of her “awakening” had been disintegrated; the dream of true love has fallen to a dull spark waiting to be ignited by someone who could help break the circumstances around her. When an individual’s dream gets neglected because of circumstantial pressures and realities out of their control, they experience true disappointment in themselves, their circumstances and the people around them. They find no other choice but to unwillingly surrender their dreams to the harsh realities of their circumstances, with the small hope that their life will change and open a new opportunity for them to attempt their dream once again.

After an individual learns to adapt to the new standards set around them, they will stay submissive to these expectations until they are shown a new opportunity to live a life free of their current circumstance.  After Janie marries Logan, she stays unwaveringly obedient to him and his expectations of her to plow, cook and work for him. Janie soon meets Jody Starks, a man who after seeing her work, quickly shares his own expectations of women.  “A pretty doll-baby lak you is made to sit on de front porch and rock and fan yo’self and eat p’taters dat other folks plant just special for you.” Jody has shown Janie an opportunity she never knew she would be able to get. After consistently being told that her only purpose as a wife was to work on the farm all day, the ideals that Jody proposed to her made her feel special- wanted as if someone was going to finally listen to Janie. After seeing each other many times, Jody asks her to run off with him- to create a new life. Inevitably, Janie agrees. Jody was the person that allowed her to see the hole Nanny and Logan had dug her in from a new perspective. She realized that the conventions placed in her life, from Logan and Nanny, not only were constraining the pursuit of her dream but eradicating it completely. With Jody, Janie was the closest to her dream she had ever been and, to her, it may be the closest she ever gets. The small spark inside of her awoke when she left with Jody. A spark strong enough for her to leave the safety of a home she knew Nanny dedicated so much to. This spark allowed her to attempt once again for her dream, making her stronger as a person. When an individual has been oppressed by circumstance a long period of time, it takes a different perspective to open their eyes to their reality and help them rekindle a dream they may have tucked away out of lost hope. This rekindled hope can ignite a determination from within to attempt to push through circumstances and conventions that may have constrained them before.

The determining factor of whether or not an individual will achieve their dreams through limiting circumstance is the strength they have to trust their dreams more than they trust the circumstances around them. Janie, who has married Jody, has realized that her attempt to find true love failed again. Jody soon began to fall in love more with Janie as the wife of the mayor (who was him), then Janie herself. Even still, he seemed to have fallen in love with his reputation even more than his love for the wife of the mayor. After many years of silence, yelling, and above all- sacrifice, Janie had lost faith in herself and more importantly Jody, who was the source of her attempted dream. “She thought it was gone from her soul.” Janie had given everything up in this relationship in hopes that her dreams of true love would be achieved but she would fail as long as Jody was controlling her. Only when he died, did Janie begin to become a new woman, slowly healing herself, which she symbolically did by removing her head rag that Jody always forced her to wear, as a symbol of his power over her. This again was a complete change in the circumstances that once were constraining her dreams. At this point in her life, there was no significant circumstance that truly held her back but herself; her own fear for falling for another man only to destroy her dreams again. Then she met Tea Cake; a man of witty charm and grounded truth.  “Seems as if she had known him all her life.” Tea Cake seemed to have known exactly what Janie wanted. He treated her as an equal; a couple independently strong yet inseparable by choice. This was a freedom Janie had never been gifted before. Tea Cake asked if Janie wanted to run away with him to the Everglades- a question familiar to Janie, but now, Janie has no one to look to; no circumstance to limit her attempt to follow this dream, except herself. By choosing to leave with Tea Cake, a young man without a penny to his name, Janie refused to limit her dreams from her own conventions and circumstances by believing in Tea Cake- her dream, more than the opposing conventions around her that praised stability and success. Tea Cake ignited the spark within Janie into the sun. In order for an individual to truly achieve their dreams, they must put faith into their own dreams, and choose to pursue this over circumstances that they have created themselves. By doing so, they have no one else’s pressure or influence, indicating that this indeed is a true chase for this dream.

Zora Neale Hurston was able to illustrate the idea that hen an unsatisfied individual fails to meet the standards of the convention place around them, they need to prioritize their own beliefs and rebel against their surroundings. More specifically, it is only when an individual refuses to limit themselves to the conventions around them will they finally be able to achieve their dreams. As Janie struggles to maintain her dream of true love throughout the novel, she encounters multiple strains and limitations to her dreams through the conventions and circumstances provided by Nanny, Logan Killicks, and Jody Starks. It is after these people have left her, where she is able to reflect and grow from her past, giving her the strength to place full faith in her dream with Tea Cake. It is often when one faces their own established conventions, to follow a dream, where they can make a true and significant change in their life by achieving it.