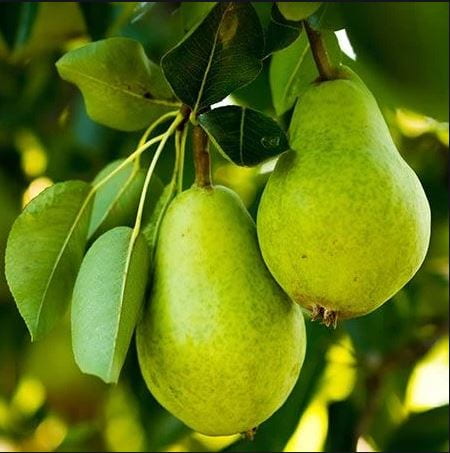 Critical essay regarding the ways in which individuals pursue or compromise their happiness.

Response to “Their Eyes Were Watching God” by Zora Neale Hurston

It is almost impossible to consistently possess happiness in life. An individual is constantly faced with situations, or circumstances in their present which hinder their ability to achieve contentment, causing them to compromise, or sacrifice to please those around them. In the absence of this expectation, however, an individual becomes free to act and achieve their definition of happiness. However, in pursuit, one constantly updates said definition since experience influences their motives and views. It is in the absence of sacrifice that the freedom of progression to a goal is tangible. The struggle to balance the teeter-totter of pursuit and compromise was the central struggle of Janie Crawford, the protagonist in Zora Neale Hurston’s novel, Their Eyes Were Watching God. Initially, she is married to Logan Killicks, a man who shatters her vision of an idealistic marriage. In his absence, she can pursue freedom from hopelessness through the promises of Joe Starks. When he oppresses her with the illusion of status, she is again hindered in her ability to derive contentment from her surroundings. His absence allows her to pursue happiness through Tea Cake, who gave her a love she longed for since childhood. Ironically, however, she unintentionally compromises herself more than in her other two relationships. His absence allows her to find contentment from her experiences, thus pursuing her happiness to the fullest potential. Janie Crawford illustrates that when an individual is confined to circumstances, they are unable to achieve happiness due to a need to sacrifice their pursuit for the contentment of others. With the absence of this expectation, however, there is rebirth and maturity, finally allowing for the achievement of happiness once thought to be impossible to reach.

When an individual is faced with circumstances in which they feel constrained by convention, they pursue their happiness through personal choice. By doing so, however, they may idealize said choice, easily believing the illusion of achievement that their means of pursuit provides. After kissing Johnny at the gate, Janie is married off to Logan Killicks by her grandmother. Nanny had felt that by placing societal expectations of a respectable marriage, Janie would ultimately derive happiness from her surroundings. However, the convention of marriage was not the ideal that Janie dreamed of under the pear tree, and, as a result, her marriage began to worsen as time progressed. She claimed that Logan was “desecrating’” the pear tree, symbolically illustrating that his actions were forcing Janie to abandon her expectations of marriage and associated love. He forced her to work in the fields, criticized her Nanny for not raising her right, and hit her physically and with words when she refused to cooperate. Therefore, when Joe Starks came to her doorstep and claimed to do big things, Janie saw him as a means to pursue her happiness. Her time with Logan was months of sacrifice and longing, but the experience made her realize that her first dream was “dead” and that loss allowed her to become a woman. Logan’s experience taught her that the ideal happy marriage that she longed for was no longer possible and that she had to compromise it to pursue something else. Therefore, an individual learns from circumstance to constantly update the definition of happiness that they wish to pursue. By doing so, they are allowing themselves the freedom to achieve happiness through other forms, rather than pursuing something that may not exist in their life. Running off with Joe may have allowed her to abandon the societal convention of happiness to pursue her own, but it ultimately resulted in years of oppression and submission.

An individual who is unable to pursue their desires due to the oppressive constraints of others will long for the happiness of freedom. As such, they become stagnant in the discontent of compromise. Joe Starks was a man of ambition. He built and pursued his happiness by being in positions of power, status, and control. Although Janie understood that her adolescent view of marriage was no longer plausible, she still felt suffocated by the form of contentment that Joe Starks found by being the mayor of Eatonville. Janie did not like sitting on a “high chair”, or spitting into a gold “spittoon”, for she despised the separation of status and wished to converse with the commoners. Moreover, her hair, a symbol of beauty and freedom, was imprisoned by a head rag, due to Joe Stark’s fear of others looking upon her beauty. When an individual is constrained by the possessive nature of others, they are unable to pursue personal happiness and must compromise to please the possessor. Janie’s behavior, unlike when she was with Logan becomes submissive and sacrificial. She does anything to mold herself into Joe’s version of happiness, even willing to close her mouth in the presence of other men. Therefore, his demise was symbolically representing the absence of the oppressive constraints of another individual’s definition of happiness. In the absence of status and power, Janie removes her head rag and notices that the compromise of happiness due circumstance has changed her once again. She looks into the mirror and sees that “the young girl was gone” and “a handsome woman had taken her place.” Like that, Janie becomes finally becomes a free woman. When an individual is suddenly unconstrained after long periods of confinement from others, they become more aware of the choices that they are making, rather than being led on by others. When Tea Cake enters her life, she initially questions his actions, claiming that she isn’t one of his “lady friends”. After a while, however, Janie finds him genuine, and, like with Joe, sees him again as a means to pursue happiness. “The handsome woman” saw in young Tea Cake the idealistic love that she longed for since her days before marriage, showing again how she updates her definition of happiness. Their love is one of freedom with the illusion of no compromise, which allows Janie to pursue her happiness once again.

When an individual has felt that they have achieved the happiness that they longed for, and circumstances take it away, they will no longer continue to pursue but will remain content in happiness’ experience and memory. The Everglades was a setting of satisfaction, a place that finally allowed for fulfillment. No longer did she have to constantly please another person, but found pleasure through working in the fields happily, talking to commoners, and cooking for Tea Cake. With Logan, she refused to do work, but Tea Cake provided her with happiness through his love and compassion, and she, ironically, was willing to compromise more than she had ever before. When Janie catches him with a girl, for example, she sacrifices the foundations of trust and loyalty in a relationship to pursue the happiness that he grants to her. When Tea Cake slaps her to maintain an image of power over his wife, Janie compromises self-respect. Finally, refusing to admit him to a hospital even though he has a morbid disease, Janie compromises life. In her previous two relationships, Janie was consciously aware of the sacrifices she made, because she did not achieve happiness in those circumstances. With Tea Cake, however, her happiness is already achieved, giving her the willingness to maintain happiness through the means of compromise. Therefore, when Tea Cake dies, and her ideal love is taken away from her, Janie has no regrets. Symbolically, Janie believes that Tea Cake is everlasting, “with the sun for a shawl” and he couldn’t be dead until she stopped remembering him. Now she is no longer struggling to compromise, nor running in pursuit, but is rather stagnant in the contentment through achieving happiness through Tea Cake’s memory. When one finds happiness, physical separation from the source of it does not result in an absence of satisfaction. Its presence resides in an individual’s mind, regardless of the circumstances on is in. In the end, Janie, a widow, “called her soul out to come and see” showing that she is proud of her pursuit, and will no longer continue to achieve – in her mind, she already did.

Hurston illustrates how an individual has to compromise due to circumstance and pursue in times of its absence. Each of her marriages presented her with positions in which she had to mold her happiness to fit that of others, and continually update her definition to realistically continue her pursuit. Logan killed her idealistic happiness but his absence gave her the means to pursue happiness through Joe. Joe attempted to give her happiness through status, but the absence of oppression at his death brought her happiness through freedom. In that freedom, she pursued Tea Cake, who did not force his definition of happiness on her, and as a result, his death was not an absence in Janie’s heart. Therefore, she stops pursuing and remains happy. Janie’s life-long struggle reminds us that a concrete and simple form of happiness is almost nonexistent. It is the process of progress and stagnation that allows one to get close enough to a position to maintain long-term contentment.