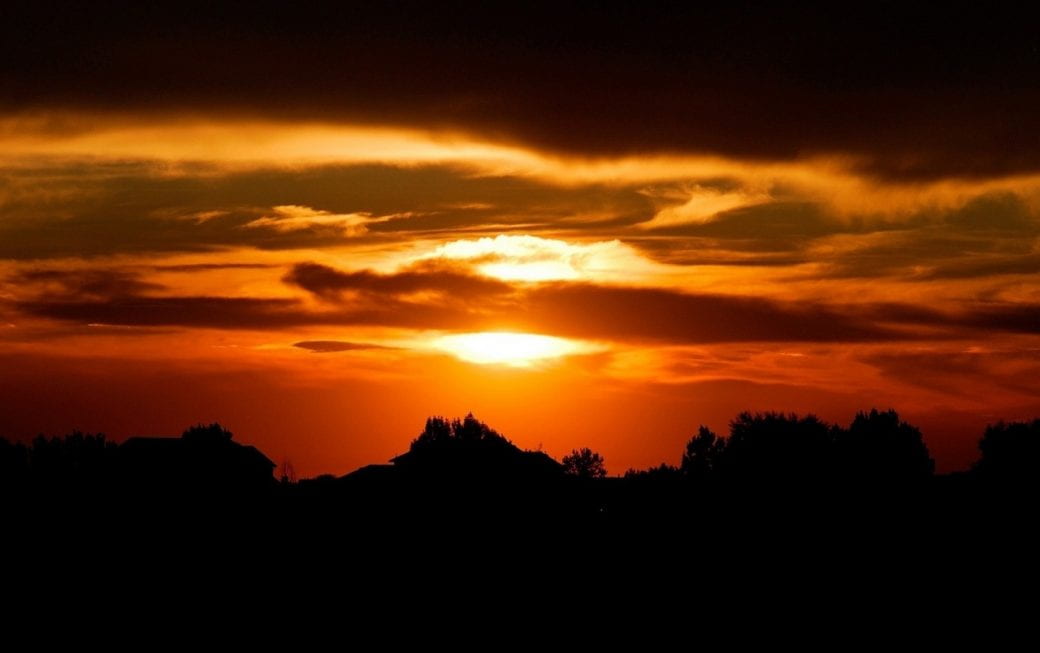 The rain that day had made the sky misty; there was no real warmth, only loneliness seemed to occupy the space. Mom would always tell me that even in the darkness, there is always a little sunshine. Even the log cabin seemed no different, except for how the droplets of rain seemed to seep through the cracks and make the bark on the inside damp. Something scattered across the floor again, perhaps those mice.

Their four small feet seemed to make a sound similar to the droplets of rain on the roof of the cabin. I was told to call someone about that, but I can’t seem to remember who. They don’t bother me anyways; they actually make it seem less lonely when there are no guests around. Sometimes, even the buzzing of the kitchen lights would make me feel safer, or even that little fly on the wall that hasn’t managed to die yet – sometimes I get confused on where the sound is coming from.

What I do know is that my facial features were strong and my hair was silky and brunette cause Mom always told me. I like to think I’m the perfect age, and my truth is whatever I want it to be. Sometimes I would feel the mirror and act like I could see my reflection, but maybe it’s better if I can’t.

The last time I looked in a mirror was that night when I came back from a small party in the Upper West region of the city; I looked beautiful in that silky, white dress. Mom would keep telling me that, and so I came to believe it. The parties I went too usually didn’t have many of my friends there, and so I usually only went to convince my Mom that I had a social life. It was hard at first to learn how to walk with a walking stick; there was always fear that people would be judging, criticizing, laughing at me. People will say imagination is useless and not real, but for me, imagination is all I had.

Although I didn’t realize it, my Mom was the greatest part of my life. I like to believe that she is somewhere inside me. I can still remember her kissing me to sleep, every night, when I was small. She would be telling me of her younger days, and I would listen impatiently.

Dad would walk in shortly after, intoxicated as usual, never realizing when one bottle became two, and two into four. He was a disgrace to the cross, and he never held back when it came to insulting the religion, saying how useless it was to believe in something so unreal. What he thought was unreal was my truth. He kept telling me how I looked like…how I looked like a slut, and Mom couldn’t handle it anymore.

The daily abuse, the daily torment; in my mom’s mind, she would endure this pain but when he did these things to me, her daughter, she would be willing to take anything. Some nights when I was smaller I would sleep with her holding me in her arms and notice the deep bruises on her shoulders. Mom would always tell me that even in the darkness, there is always a little sunshine. She noticed me looking and put her crucifix necklace on me once I went to bed. I only realized when I woke up, and the sound of the cross made a metallic rubbing sound on the buttons of my pajamas. But tonight was different; Tonight Dad didn’t stop.

Drops of water seemed to leak from the faucet; I knew I should’ve fixed the problem, but it made me feel less restless, less anxious. I still needed it fixed in case someone else decided to stay a night or two. The one thing I always feared when a new guest arrived was how they looked; one can tell a lot about a person from the way they look, but I could never make that simple judgement. No, for me I had to prod much deeper into who they were and what they did and why they did what they did and who they had in their lives and why those people were special to them and…I just wanted to know them.

My last guest was a couple of friends who decided to spend the weekend out here, but they always seemed like they had been hiding something. Everything would become quiet when I got near because they began to realize that I had been listening to them from the vents which led to the basement from my upstairs bedroom. I had a special vent made here, which led down to the basement, and I could hear everything. They didn’t like that.

A few days later, one of them saw me putting my ear down through one of my make-shift vents at night and told the rest. I was only trying to take care of them; I just wanted them to be safe, but they packed their stuff and left without meeting me. I was alone, again.

The last time I was alone was after Mom confronted Dad about coming home drunk, but this time he seemed different, he drank more than usual. She kept yelling at him because of what he said to me, and I remained upstairs in my bedroom, listening through the vents. I would keep hoping that Mom would stop talking and just stay silent for once, but she had stayed silent for far too long.

He sounded fed up, and I heard him violently grab her hair and bring her to the kitchen. This wasn’t the worst he had ever done to her. I wanted to do something, but I knew I couldn’t, like always, so I just stayed in my room, listening.

I’ve always felt that after losing my sight, all my other visions have heightened to an abnormal extent. I could hear his breathing and then, something strange, something almost muffled. It was my Mom’s muffled breathing. Something wasn’t letting her breathe, so I went downstairs, trying to understand what was going on. My hands feeling the hair along his arms to his hands which had a tight hold on mom’s neck, so I tried pulling him away while tears angrily crawled down my face. Her gasping stopped. I scratched his arms with my small nails, and he just pushed me to the ground, making my necklace rip off my neck with the crucifix separating from the chain. I never found either of them ever again.

The wind outside was strong and made the wood creak. That mouse scattered through the house again, and I knew that it was heading for the basement. It’s a lonely world when there is nothing to hope for and no one to rely on. The best place to sit in the house would be my old rocking chair in the living room because it seemed as if all the sounds from every corner of the house came together in harmony at that one point. I hated silence. Silence meant uncertainty, and uncertainty meant blindness. The anticipation of when my next guest would come is what kept me going – without that, I had nothing.

All the people that would come to the cabin seemed to have perfect lives, but I would be the one to find out where the flaw existed. I wanted them to look in the mirror and be grateful for what they have because of how easy it is to lose it. The sky had still been misty, and so I would keep waiting for when there would be a little warmth. God died for me that day, but I’ll keep hoping that in this darkness, I’ll find a little sunshine.

One thought on “My Little Sunshine – December Free Choice”