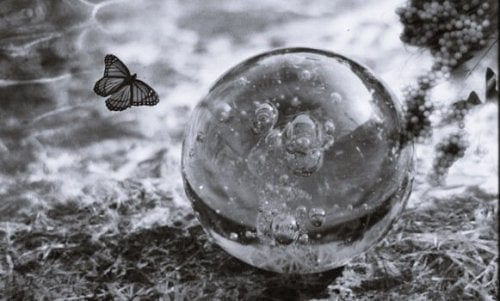 …the role emotional courage plays when an individual experiences separation

During times of separation, rationality is maintained through the internal support received from emotional courage. With internal support, acceptance is developed helping one to cope with separation: maintaining rationality. This is seen in Hamlet through Gertrude’s actions of marrying Claudius – her former husband’s brother – very shortly after the death of King Hamlet, Gertrude’s former husband. This evidence shows that Gertrude experiences separation and then makes a purposeful decision. Furthermore, the purposeful decision can be seen as rational due to the underlying motives of Gertrude: order. Order within Denmark as well as her family by ensuring that the role of both King and husband is not left vacant, since family stability is affected when a family member is lost and Denmark is unable to run without a King – as Fortinbras is waiting for an opportunity to attack. Thus, Gertrude’s seemingly inappropriate reactions to separation are actually rational and have a useful purpose. Gertrude’s decision has ensured that further separation is condemned. In order to come to such a decision, one must have been able to quickly overcome the emotional turmoil caused by separation and calmly and logically think. To quickly overcome the emotional turmoil one must utilize their emotional courage to form internal support allowing for rapid acceptance to separation. Individual’s need to first accept and overcome emotional turmoil developed by separation in order to maintain rationality. Overall, when an individual experiences separation, they use their emotional courage to make rational decisions to prevent further separation through internal support – creating rapid acceptance that is needed. Next, in order to prevent further separation, emotional courage takes the form of tolerance.

Tolerance within individual’s is manifested through emotional courage in an attempt to prevent further separation – the cause of emotional chaos. Gertrude showcases her tolerance during the scene when she is being ruthlessly scolded by Hamlet and she accepts and does not reply to Hamlet harshly or even tell Claudius what Hamlet is saying. The evidence provides that although Gertrude is being emotionally separated by Hamlet, she tolerates it and accepts it rather than complaining to Claudius about Hamlet which may lead to negative repercussions for Hamlet. Gertrude tolerates because although Hamlet has become emotionally detached from her, she realizes that it is better than him perhaps being lost forever. Had Gertrude explained to Claudius what Hamlet said, without a doubt Claudius would have executed Hamlet. Thus, in order to prevent separation, Gertrude must tolerate Hamlet’s words. Individual’s show their true identity and motives during times of emotional crisis. Furthermore, when that emotional crisis is separation, their emotional courage plays the role of tolerance in order to prevent the separation experienced in the past. Later, there is a realization of inevitability which causes emotional courage to completely change.

Independence can only be created when one is mentally strong enough to separate from others which can be developed by emotional courage when they realize that separation is inevitable. Near the end of the play, during the fight between Hamlet and Laertes, Gertrude showcases her independence by disobeying Claudius, both her King and her husband, when she decides to drink the wine even after Claudius orders her not to. This leads Gertrude dying from the poison in the wine. The evidence portrays that after realizing that separation is inevitable, individuals feel that it is better to allow separation and use emotional courage to create strength for independence. Disobeying Claudius is a prime example of how Gertrude separates herself from Claudius and thus destroying her family structure which was already separated due to the separation between Hamlet and Claudius. Also, Denmark internally is being separated due to Hamlet and Claudius’ enmity being shown through the duel between Hamlet and Laertes. The emotional courage within Gertrude is played through the strength she shows by allowing separation between Denmark as well as her family. Individual’s will give up attempting to prevent anything when they realize it is inevitable. Emotional courage is able to help ease through separation by building mental strength needed to overcome the emotional turmoil of separation. All in all, the inevitability of separation creates the notion to allow it to happen and thus use emotional courage to become independent through mental strength.

When an individual experiences separation, emotional courage plays the role initially of internal support to build rapid acceptance for maintenance of rationality – then develops into tolerance in order to prevent further separation. Finally, the emotional courage transforms into mental strength needed to become independent due to the realization that separation is inevitable. Within Gertrude’s character all of these traits are noticed when she undergoes the trials of separation throughout Shakespeare’s Hamlet, Prince of Denmark. Shakespeare explains that emotional courage plays the role of positive traits needed to prevent one’s downfall during times of separation, and thus reaching strengthened emotion.