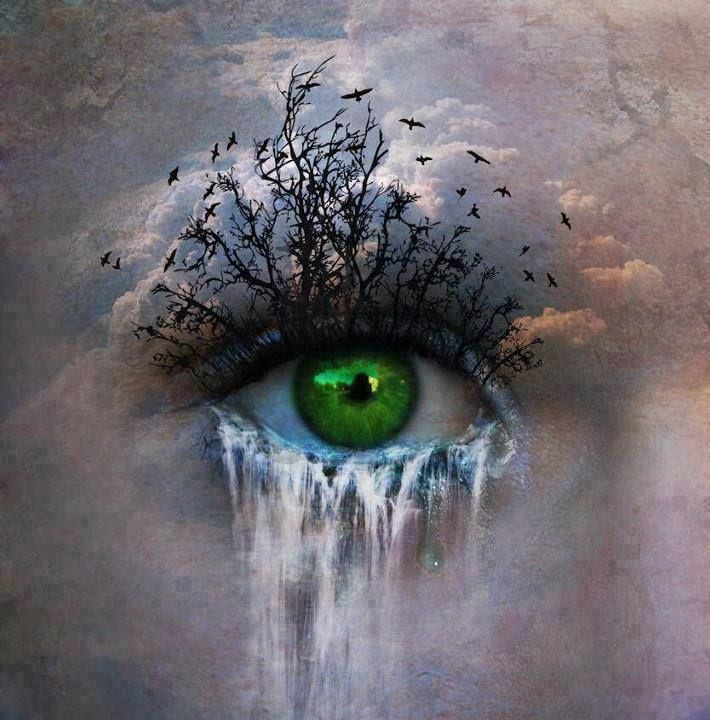 – Their Eyes Were Watching God –

Zora Neale Hurston, an excellent playwright, anthropologist, novelist, and filmmaker went undiscovered for years. Why was this? How could this novel which we read in an AP ELA class and found incredibly insightful been unrecognized for centuries? To see how this book was so easily dismissed, we must first seek to understand what misunderstanding there could’ve been within those who criticised it.

The following is a quote from Richard Wright, an American author who focused on racial themes within his short-stories, poems, and non-fictions:

“The sensory sweep of her novel follows no theme, no message, no thought… Ms Hurston seems to have no desire whatsoever to move in the direction of serious fiction… Her characters eat and laugh and cry and work and kill; they swing like a pendulum eternally on that safe and narrow orbit in which America likes to see the negro live: between laughter and tears.”
– Richard Wright

This harsh critique from Wright was based on his own distinct bias and ignorance of what Zora seeked to accomplish in her work. A part of this ignorance was the fact that Wright was 17 years younger than Hurston and had a much more open voice in his writing, especially about the conflict between whites and blacks; this is the form of literature that he considered to be “serious fiction” in this quote. He believed that the conflict between the two races was the only thing that should be written about the African American race; for whatever reason he didn’t see any value in writing about anything else. What Wright failed to see was that by making the representation of the African American peoples be around this conflict, you rob them of their individual humanity; a humanity which Zora Neale Hurston revived in her novels and stories.

Being an anthropologist (one who studies people and their cultures) was one of these key factors that supported the creation within her work. Her main focus was not one of conflict between race, but instead, the conflict within one’s own culture. To do so she used her knowledge of anthropology and explored the stories of the people she wrote about. She went on missions to visit the people in her studies and literature; instead of imagining how people lived, she lived with them. She observed what made them who they were. She learned their differences, their daily problems, and their individual conflicts. She understood their life, and therefore, their humanity.

The ideology of commonality was the central part of African-American culture, and this is represented throughout her works; one of which was Their Eyes Were Watching God. A key example of this communal culture appears in this novel when Ms. Turner rudely comments about black people and says that Janie and her, “oughta class off.” (Meaning that she believes that she has a superiority over all other black folks.) Janie insists that they shouldn’t by saying,

“We’se uh mingled people and all of us got black kinfolks as well as yaller kinfolks.” (Page 141)

* “yaller” (yellow) – meaning an individual of mixed race, culture, and/or skin colour.
** kinfolk – defined as a person’s blood relations, regarded collectively; in anthropological or formal use.

In this strong yet concise statement, Hurston’s philosophy (embracing the commonality that the African Americans’ have with each other) is exemplified. The phrasing of, “mingled people,” exposes how interconnected the community of African-Americans are through the use of their identity; she supports this by saying that they all have, “black [and] yaller kinfolk,” to point out that Ms Turner’s is too apart of this community. This linkage and commonality is what drives the black community against all the conflicts it has endured, especially with white people. So, Janie questions how the same force that unites them also drives Ms. Turner’s hateful ideology? The key to this question lies within people’s perception of differences.

Some choose to embrace them, they use their diversity to derive a distinct definition of who they are as a whole. They see the greater picture and the beauty in each individual’s own graceful life.

Others enforce them, they dictate how their discrepancies will displace their society and thus create disorder. A disorder between individuals and creates a structure of hierarchy like the one Turner strives to follow.

And thus a conflict arises between those who want to fight and those who want peace. People like Turner say that their way if life is real, as they point out the very real discrepancies which are overlooked by the idealistic communal groups. They will fight to impose their power based on their own definition of superiority (one person having power over another). However, those like Zora show that true superiority is built when differences are embraced; this then creates communities of diverse knowledge, ideas, and cultures which are superior not only to other individuals, but entire civilizations. African-Americans are one of these diverse communities which is superior to the individual mindset of those like the white Americans.

Commonality is at the core of the African American story, one that Zora hoped to tell. She demonstrates how community and connection creates a coherent humanity and culture when individuals aspire to contribute to a unity; a unity which all of Zora’s characters, conflicts, and stories develop in the book Their Eyes Were Watching God; a book literally brought back from the dead shelves of libraries where copies remained unnoticed until long after the penniless death of this inspirational woman. But this resurrection not only needed, but it also proved that Zora did have a theme, a message, and a thought: all around the African-American humanity. In all its forms, it was the novel that the Harlem Renaissance needed but never used. It showed the African-Americans humanity when everything else was only showing their problems. It was a cultural renaissance in itself. So who’s to dictate what is “serious fiction” when a novelist like Hurston is able to establish the humanity of an entire culture through her communal words.

Joneal. “‘Her Novel Carries No Theme, No Message, No Thought’: Richard Wright on THEIR EYES WERE WATCHING GOD.” BOOK RIOT, 20 May 2012, bookriot.com/2012/05/20/her-novel-carries-no-theme-no-message-no-thought-richard-wright-on-their-eyes-were-watching-god/.