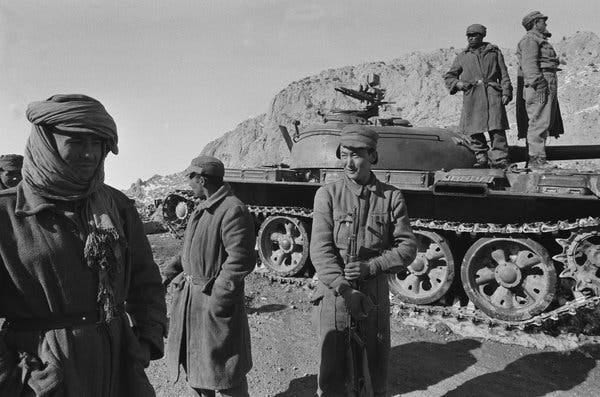 The four essential components that great writers must take into account when writing a great piece. It is common for writers to choose to focus on and strengthen only one of two of these, yet this is an approach that is respectable and has produced some great work. For example, the great Harry Potter series is considered to be so excellent in huge part by the amazing fantasy setting of the magical school Hogwarts: with shifting staircases and bustling hallways it seems as though Hogwarts is the perfect setting for the adventures of Harry and his friends because it is. These novels chose to focus on the setting, and perhaps compromise a little bit in some other compartments, especially prose. Harry Potter, while obviously written very well, is not remembered most fondly because of the beautiful language used within it, which is fine. The series is still successful and will be well-loved forever – just not because of the language.

Now imagine a novel that takes each of the four P’s and weaves them beautifully within the story; showing a brilliant balance that is a true masterpiece. I believe that Khaled Hosseini’s novel A Thousand Splendid Suns achieves this difficult ordeal masterfully, while still maintaining enough focus on what the central message of the novel is and not seeming too stretched thin.

A Thousand Splendid Suns delivers a beautifully refreshing and unique plot that centers around the separate and common experiences that two women have faced in their lives, and how they eventually come together and bring meaning into each other’s lives. In many ways, this story actually contains two plots at once: Mariam and Laila’s, which is an incredibly ambitious effort that usually creates confusion within a novel, but Hosseini captures both beautifully.

Beginning with Mariam, she is born as an unwanted bastard into the world and is treated as such by her mother, although she believes as though her biological father truly loves her until she realizes that he, in fact, wishes to hide her away as though she is a blemish to his life. The begins the inciting incident and the conflict which leads to forced marriage and a life of abuse and tolerance on her end until she meets Laila: a youth who had been privileged in her past but is also forced into marrying the same man.

What allows these stories to flow together so well is the common experiences and similarities that the two main characters have: they are both women who are living in a war-torn Afghanistan and have been forced to marry a much older man simply for the reason of protection from the alternative: a life of greater pain and suffering, a life of prostitution and rape, or no life at all. This is what eventually forges their incredibly strong bond to one another, and merges together both plotlines beautifully.

Yet, these plotlines are different enough to make the story not flat and stale. Laila is a privileged child who found love and sanctuary within her life before it was snatched away from her, whereas Mariam had always been subjected to living as an undesired being.

Besides this, the events in the story are just interesting to read about: there are moments of love and compassion when Laila has her children, and moments of sadness and grief, like when Mariam eventually dies for accepting her crime.

The setting of Afghanistan is the perfect place to center a story of two women with different backgrounds that are brought together through a common cause. The catalyst for their eventual friendship is found within the war-torn country of Afghanistan; first ravaged by the Soviets and then the different factions within the country, before the capital city of Kabul was brought under Taliban rule.

The Islamic and male-dominated society of Kabul makes it interesting to analyze the lives of women and how they’ve lived under different regimes that have tried to conquer the area. Kabul is described as a vibrant and hopeful city to live in, and even the title of the novel is a reference to a poem called “Kabul” by Saib-E-Tabrizi:

“One could not count the moons that shimmer on her roofs,

Or the thousand splendid suns that hide behind her walls.”

This line is seen in the novel when Laila’s father speaks about escaping the city of Kabul. He speaks the lines fondly yet with sadness, as though he remembers the beauty this city once had that is now gone due to the Taliban control. The novel eventually ends with Laila moving back into a more stable Kabul after the Taliban have left, which leaves it in a more hopeful setting. However, it is still impossible for one to forget the suffering the Afghanis have been through, and so this setting once again reinforces ideas about the culture of Afghanistan.

Be it Herat or Kabul, Afghanis are fighters and will never give up until their nation returns to a place of peace and togetherness. Hosseini’s description of the setting of Kabul shows the Afghan identity and the identity of two oppressed women very well.

Although there has been overlapping with the previous P’s I discussed, Khaled Hosseini’s main characters deserve an analysis to discover what makes them so interesting, relatable, sympathetic, and worthy of having so many essays written on them. Taking a look first at Mariam, her character development and change makes her a sympathetic and likable character for the most part.

The key understanding of Mariam is realizing her isolation from the world, as it is what Hosseini puts first in our view of Mariam. She is born as an ethnic Tajik in a country mostly dominated by Pashtuns and is born as an unwanted bastard. She lives in a small cabin away from the city of Herat and really only communicates with few people: her parents, a friend of her mother’s, and a village “mullah”, or religious scholar. Even then, her relationship with her father is extremely surface level, and she despises him once she realizes what he has actually done to Mariam and her mother. This is all the exposition to Mariam and describes how she is truly utterly alone in this world, and it is exponentiated when Mariam gets married to a man who lives in a faraway city, speaks a different language, is a different race, and forces her to cover up completely. Rasheed even forces Mariam to go upstairs and stay put when he has friends over; effectively annexing her within her own house. She feels like even more of a stranger when Laila enters the home, as her own husband clearly prefers his newer, prettier wife more than the old, infertile burden that Mariam is. Her being isolated like this creates an even bigger impact when she finally finds love and legitimacy within Laila and her children. The character of Mariam is someone we sympathize with as readers, and Hosseini makes it this way expertly, whilst also maintaining her as a unique person with a distinctly strong personality.

Laila, on the other hand, is born into relative privilege, with parents who initially married because they loved each other. She is encouraged to pursue her education and even finds romantic attraction with her childhood friend Tariq. However, as stated earlier, the war is a catalyst that changes all of that. Firstly, her mother’s devotion to the Mujahideen and her late sons’ cause confines her to the bed, and she refuses to allow the family to leave for nearby Pakistan. When they finally do get ready to leave, Laila’s parents are killed in a bomb strike, and the pregnant Laila is taken in by Rasheed who she is essentially forced to marry. Up until this point, Laila had seemed like a pretty relatable character: she loved and was loved, but things took a tragic turn once the war devastated her life. However, Hosseini chose to show that Laila’s true personality and fighting spirit within never broke down; as unlike Mariam, she resists her husband’s cruelty as much as she can, and even inspires Mariam to try and escape from him.

These are only two of the magnificent and deep characters within the novel, however, their separate upbringings and shared womanhood and motherhood to an extent frame an excellent story of war-torn Afghanistan.

One of the facets that most people would not appreciate originally about A Thousand Splendid Suns is the purposeful language and writing finesse and skill that Hosseini employs. It’s important to understand that Hosseini’s language isn’t sophisticated because he uses difficult words, or tries to complicate things past their meaning. This speaks volumes about Hosseini’s intent, and some could argue that he chooses to keep the overall words simple to be accessible to a wider audience. Either way, his sentence structure is beautifully constructed, and his words powerful and impacting.

“And the past held only this wisdom: that love was a damaging mistake, and its accomplice, hope, a treacherous illusion.”

By analyzing just this one quote, we can get a deeper insight into the beauty woven in every sentence within the novel.

First of all, the sentence begins with the word “and”, which is a word that teachers constantly instruct us not to begin a sentence with. This establishes from the very first word that what we are about to read is controversial, unorthodox, and above all, powerful. We see a colon after the word wisdom, telling us that the next bit of the sentence is about to summarize or provide insight to what has just been stated: that the past is only good for one understanding. This primes us to pay attention to what comes next, which is when Hosseini brings in the beauty in his writing technique. Now that we have finally been prepared for the controversial and powerful nature of the message, we begin to read it. “Love was a damaging mistake” hits us hard, and so we keep reading to try and reconcile this uneasy feeling within us – a feeling that Mariam does not understand the value of love and happiness. The next bit about hope is flanked on either side by commas, which tells us that the word itself “hope” is the main word of this piece. It is the word that we should take away from this sentence and then use to supplement our understanding of Mariam’s role within the novel. Hope is defined as a “treacherous illusion”. This way of describing hope is in a negative connotation, but the decision Hosseini made to describe hope as treacherous is interesting because it personifies hope as someone who abandons. This relates back to the idea of Mariam being abandoned by her father and mother, and then by Rasheed, and her utter isolation as an individual. This is merely one line of a beautiful masterpiece filled with meaningful sentences, and Hosseini’s prose should be marvelled at and appreciated.

These are the four P’s. As an aspiring writer, I can only hope to master and employ all of them so effectively and in such a balanced manner as Khaled Hosseini does. This analysis really allows the reader to understand how difficult it actually is to write well, and yet how amazing the result can be.