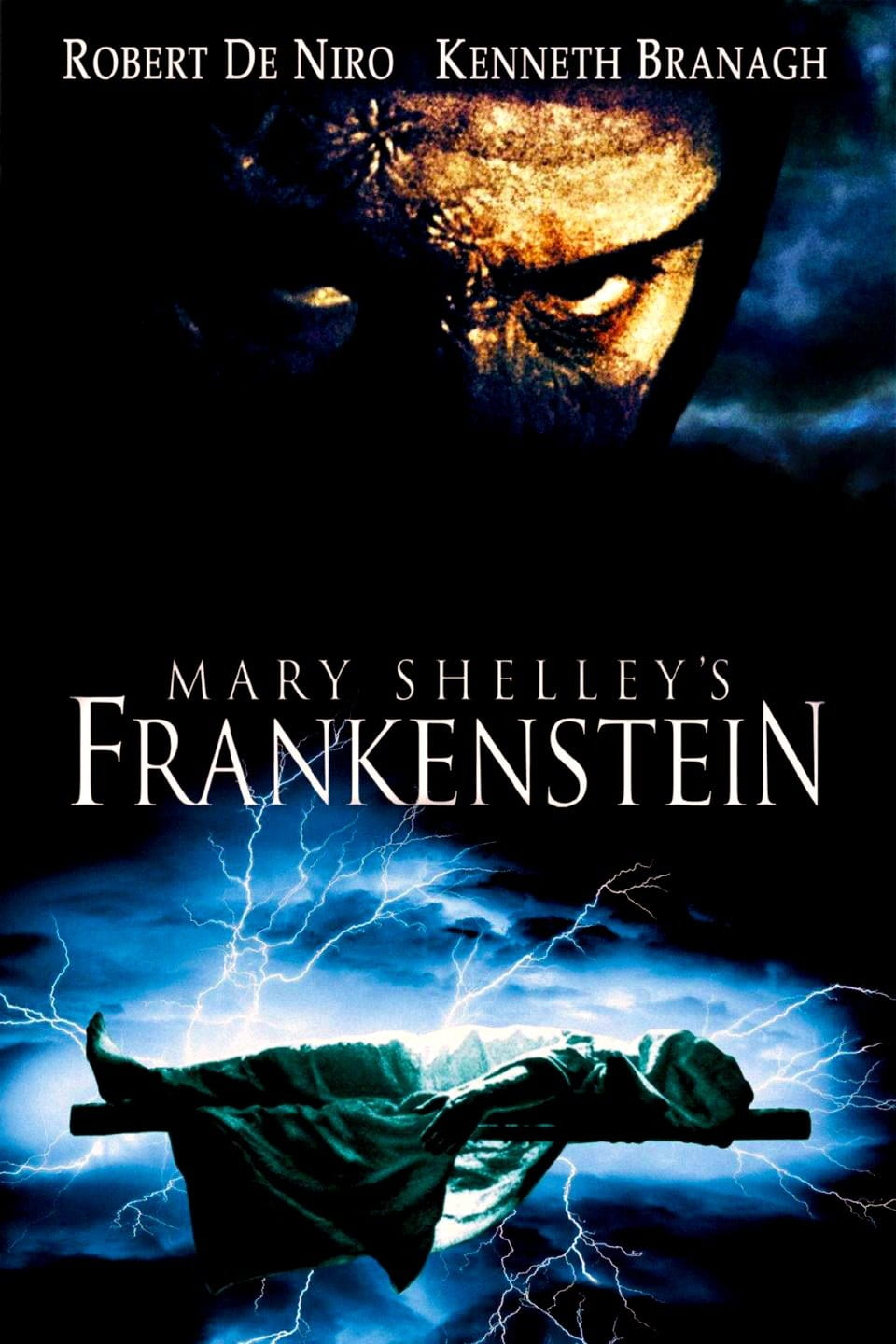 *This is not going to be a super formal essay and it probably will be very biased, so just bear with me*

With a classic book like Frankenstein, it was basically guaranteed that someone would want to make a movie out of it. It’s a well-known story with a unique yet straight forward plotline, making it perfect for moving to the big screens. However, Frankenstein isn’t exempt from the downsides to making books into movies. No movie follows a book word for word, and no director ever has the same vision or views. Although there are quite a few versions of Frankenstein, as a movie; the only thing they have in common is a title, and the general plot and characters. However, without those three things, it’s not even the same story anymore, and there’s no point in calling the movie Frankenstein because it’s not. When shifting from a book to a movie, it is imperative that the director and the screenwriter both value the essence of the book. As a class, we watch the 1994 version of Frankenstein, directed by Kenneth Branagh; and we all despised it. The movie was so dramatic and had so many discrepancies that it was laughable. The book that we all studied and loved was not portrayed correctly in the film and we all knew it.

There were so many issues with the movie that it made us enjoy how bad it was. For starters, everything that happened was so dramatic and so over the top. A few time were when Victor disagreed with his professor, or when the monster killed Elizabeth. It was so unnecessarily dramatic. They got Victor’s age wrong, showing him as a 30-year-old when in reality, Victor is 20. They showed that the professor that Victor looked up to was the first one who brought a dead hand back to life by zapping it with electricity, when in reality, that never happened. How Clerval met Victor at the university, while in the book, they were childhood friends. Even Justine’s death was overdramatic, with the townspeople just throwing her over the edge, in a noose, while in the book, she had a trial. Victor never made a second monster in the book, not even to bring Elizabeth back to life. The monster never chose specific body parts for Victor to use for the second monster, in the book. Victor’s second brother wasn’t even mentioned in the movie. The movie also skipped through relevant sections and dragged out the irrelevant ones. In the book, Victor was so upset at his alive monster that he abandoned it, while in the movie, Victor abandons it because he thought it was dead. It’s no wonder that Frank Darabont, the screenwriter, was not happy about the way the movie turned out. According to him, the film did not encapture the subtlety of Mary Shelley’s writing, which is what he also saw. He blames director Kenneth Branagh, who apparently changed the script and made it big and loud, leaving no room for the quiet moments that Mary Shelley’s Frankenstein had. In my opinion, this much is true, the Frankenstein that I now love, was very subtle. It didn’t have anything that blew me back or that yelled at me in any way. It was a story that was told through a dying man’s perspective, and that’s what the movie should have conveyed.

To be fair, the movie didn’t get absolutely everything wrong about the book; even though it certainly dramatized everything it possibly could. Surprisingly, the film actually followed most of the major plot points in the book and almost got an accurate portrayal of all the characters. For starters, Frankenstein did grow up rich and Elizabeth was given as a gift to Frankenstein and they did grow up together. Even though this wasn’t a point in the book, I did like how Justine did grow up with Victor and how she is mentioned in the beginning, and then you realize who she is later when Victor tries to protect her from her execution. Despite all the huge dramatic bits, I also appreciated how they portrayed Victor as a little crazy, because that is who he was. Victor was overzealous and passionate which ultimately caused three deaths in his family. The monster’s character was also pretty accurate, considering that the movie still made you feel a similar way towards the monster as the book did. You think that the monster is awful, but then you kind of feel bad for him, and then you see why he is the way that he is. The movie also included a single quote from the book, which I commend because one is better than zero. It was when the monster was talking to Victor about how he wanted a companion, and mixed into the conversation was a reference to the book itself. Another thing that I also noticed from the movie was their mention of the Galvani method. The Galvani method was basically testing electricity on frog legs and discovering that the legs would move after; something I only learned by researching Mary Shelley’s history. Despite how terrible the movie was, there were some aspects that I did appreciate and even the most minor accuracies counted.

After I watched the movie, it gave me a newfound appreciation for the book. Our class went so in-depth when analyzing this book that we knew it inside out and backwards. We saw the book through multiple lenses and did a full data analysis sheet on it. We discussed and debated about the book, determining every detailed decision. Yet, when I watched this movie, it made me see how truly brilliant the book was. I loved how the book was written while I was exploring the hidden meanings, even though I did not like some of the things that happen in the book. Once I watched the movie; however, it made me see how great the book was compared to the monstrosity of the movie. I got to see the same story, portrayed in two different ways, and saw how different the two were from each other. One embraced the small and subtle things in life, leaving room for shifts and its unique tone. The other made everything so dramatic: every emotion, every reaction, every event and relationship. It was almost unrealistic in the way that it was directed. In the book, it seemed almost possible that this story could happen because everything that happened was so real and so thought through. The movie, on the other hand, seemed like an SNL performance: over the top and taken more as a joke than a serious performance. The book will forever and always be better than the movie and Frankenstein is just one of many examples that proves it to be so.

All in all, the movie was pretty bad. Probably one of the worst portrayals of a book that I’ve ever seen in my life. That being said, the movie wasn’t 100% inaccurate, which is a plus. Once you can get past all the unnecessary theatrical choices, you can also see how the characters weren’t that far off from what the book wanted. How the monster wasn’t completely evil and how flawed every character was, because there is no perfect character. The bad things did outweigh the good things in the movie, so it was still not good by any means; but there were some points that make it almost acceptable. Compared to the book, there is no comparison; because the book was so much better than the movie, and the movie was based off the book. At this point, it almost feels like the director Sparknoted Frankenstein and then made the movie because that’s about as close as it got. Mary Shelley’s book will forever be evolutionary and timeless, being the beautiful classic that it is; and it deserves credit than this movie gave it.

2 thoughts on “From The Book To The Screen”