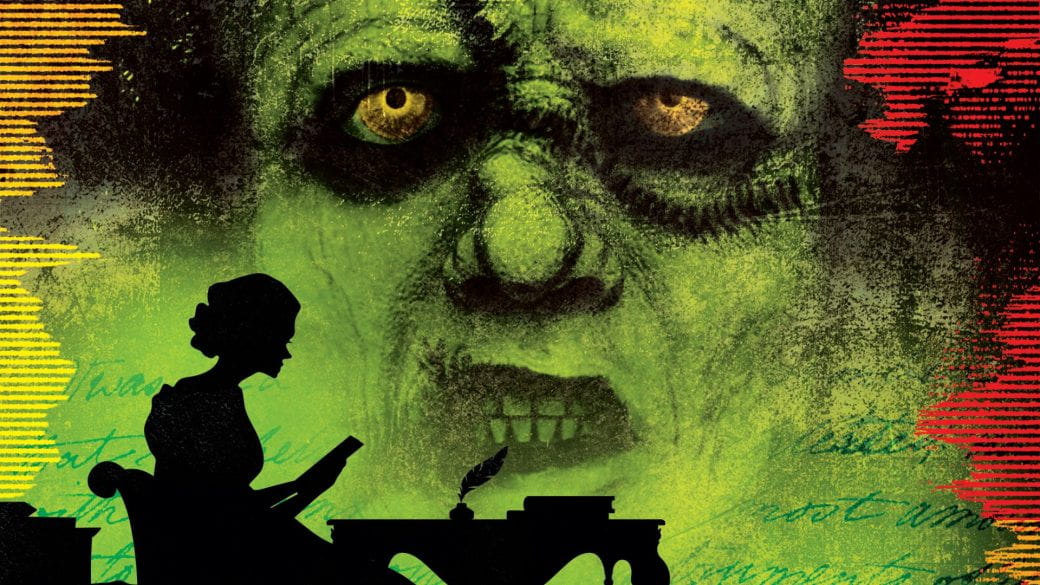 In the summer of 1816, a group of bored writers played a game to come up with a ghost story. One of them so compelling, that it successfully made a home in the heart of the world for over 200 years, and does not cease to astonish even today. A consequence of the long lasting success of Mary Shelley’s Frankenstein is its adaptation into movies. Not just one or two, but over forty film  adaptations of Frankenstein have been done till date with the first being released back in 1910 with a duration of just sixteen minutes and no dialogue, but that is not the one I wish to talk about today. The movie that I am here to talk about is the one released in 1994 called Mary Shelley’s Frankenstein directed by and starring Kenneth Branagh.

The 1994 adaptation of the movie has been criticized many times due to its lack of following the plot and Branagh having “created a monster, but not the kind he originally envisioned,” as said by a critic at Variety. Although what many critics say it’s true, I don’t fully agree with them. Yes, Branagh made a few poor decisions while directing this movie; such as, casting himself- a thirty year old man- for the role of a seventeen year old boy, and exaggerating the romance between Victor and Elizabeth and striking the audience’s face with the incest between the two.

Their already exist article upon article on why Branagh’s Mary Shelley’s Frankenstein was such a disaster, so, today I want to switch things up a bit. I want to talk about why Branagh’s movie was a good one.

A big thing that I noticed was that in the book, while creating the monster, Victor forgets to care for himself and develops a bad case of anxiety. Towards the tail end of finishing his creation, Victor just wants to animate his creation and get it done with. In my mind, this doesn’t sit right for a man who is being driven by ambition and wants to achieve a goal. I do; withal, agree with the portrayal of Victor as done by Kenneth Branagh in the movie. In the scenes that lead up to the animation of the creature, Victor is seen fully determined, healthy and his hair moving just as swiftly as he does. This is Judgement Day for Victor’s experiment and he desperately wants it to work because he needs the solution to end the impermanence of human existence as he has lost way too many people in his life.

This leads to me the trigger that led Victor to create a being in the first place.

In the book, Professor Waldman performs a very small but notable role. When Victor attends his lecture and listens Waldman talk about natural philosophers as having their heads in the clouds and not delivering any results, but only theories. This causes a spark in Victor as he is a lover of natural philosophy, and sets out on a path to prove everybody wrong by delivering on what the natural philosophers promised and creating life. In the movie; however, Professor Waldman plays a much more significant role in Victor’s life than he did in the book. He takes on a mentorship role over Victor and teaches him the power of electricity by demonstrating a gorilla arm connected to some wires and passing a current through it. This causes the muscles to spasm and the arm to move. Such a sight causes Victor to wonder about the vast opportunities that this power can provide with and begins to contemplate the creation of a being. This makes Victor’s creation of a being much more credible and more ‘mad scientist’ in my opinion. Professor Waldman, Victor and Cerval begin to work together and conduct many experiments concerning the power of electricity. It is after the murder of Professor Waldman that Victor is driven to create a being because he comes to despise the impermanence of life and wants an everlasting solution.

This solution; however, disgusts Victor and is left in the world to fend for himself. When the Creature stumbles upon the DeLacey family, he is met with a father and a brother-sister duo who love each other wholly, as portrayed in the book, and the Creature gains the idea of being happy with a female counterpart through various books. Branagh; anyhow, brings about a twist in this scene of the movie. He portrays Felix and Agatha of the DeLacey family as happily married with two healthy children, and this is what illustrates to the Creature that happiness can be achieved trough a female counterpart. I quite enjoyed this twist in the movie, as I believe that what an individual sees and experiences leaves a bigger impact on rather than what they read because the way we act is heavily influenced by what we see others do as we grow up. The Creature in this scene is, metaphorically, growing up as he is learning a language with the children of the family and everything he is exposed to leaves an everlasting imprint in his mind.

Throughout the novel, women are portrayed as very submissive characters whose life depends on their male counterparts. Elizabeth, Victor’s adopted sister and to whom he is betrothed, is treated as a mere trinket that Victor can place on a shelf and forget about for months on end. She, initially, had to wait over four years for Victor to come back from university, and then wait for another year before Victor agreed to marry her. Throughout Victor’s travelling, Elizabeth was expected to sit at home and wait for him to come back and not utter a single word of protest. On the contrary, in Branagh’s movie, Elizabeth speaks up for herself when Victor leaves her without answers. She goes as far as to leaving Victor and the household when he treats her like a trinket. I believe that this rings more true to Elizabeth as she was brought up in a household that was more liberal in those times than most. She grew up believing that she was equal to Victor because they both were treated the same by their parents. Elizabeth had been given an education and was taught that she has a proper standing in society. So, she breaks her engagement with Victor as soon as she is treated as inferior to him and not worthy of knowing about his works even though they were to be joined in holy matrimony.

Therefore, I believe that there was method to Kenneth Branagh’s madness when he directed Mary Shelley’s Frankenstein. Yes, Branagh did create a disaster when he created this movie, but there was also beauty ingrained into it. Not only does it take many new angles on the book, it also provides a very extreme version of it by leaving the viewer both repulsed and fascinated by the end of it.

2 thoughts on “a beautiful disaster: a blog post on Mary Shelley’s Frankenstein”