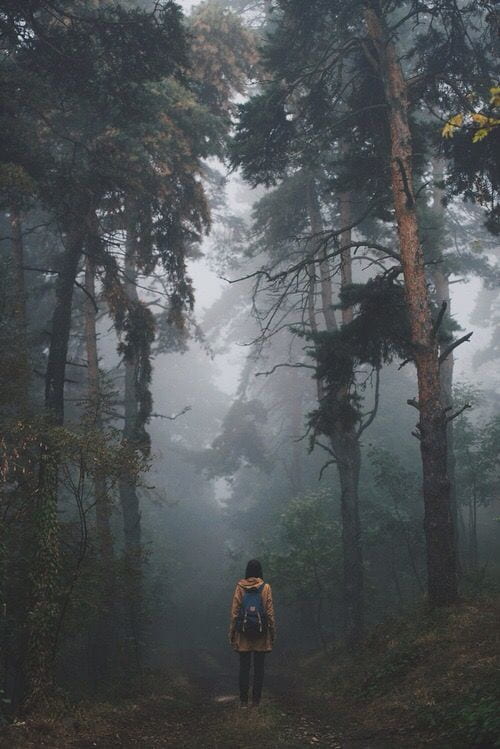 “… the nature of motivations that direct an individual’s course of action.”

Motivation has always inspired nature’s methods of progression. Instinctually it is ingrained into the subconscious and powers one’s every action; in doing so, motivation will direct one down a particular course of action with the desire of achieving their desire. For motivation to attain enough strength to follow through with their course of action, it needs to be backed by what one truly desires. However, people often desires strive towards the impossible but some never even realise it. But those who do, do so slowly. And as they progressively begin to realise the impossibility of their own desire, which powers their motivation, their course of action becomes respectively more and more aggressive. Mary Shelly portrays this idea in her novel Frankenstein through the storyline of Frankenstein’s monster. She demonstrates that when one is motivated by impossible desires, one’s motivated course of action will progressively become more forceful as they come to realize the impossibility of the pursuit. The monster’s impossible desire is companionship and initially he is passive about his actions to gain the company of the DeLaceys; soon he realizes this desire is impossible to be (ab)solved within humanity his desire changes and directs his actions to be more assertive in his hopes for companionship of Frankenstein’s own making which inevitably fails. Finally his course of action, motivated by the inability to attain companionship, is to haunt Frankenstein and degrate Frankenstein’s life to the same hell that the monster himself has endured throughout his entirety of existence.

The accessibility of one’s desires can be judged on the ability to avoid any means of violence which would only make the desire much more complicated and thus harder to complete. When such desires are deemed easily attainable though, one’s course of action will follow a passive route to fulfill their motivation. When the monster has his first encounters with humanity he is immediately rejected when seen; to surpass this he hides in a shack and yearns for a connection to the DeLacey family. He does what he can by restocking their wood supply each night and, over time, learns their language in hopes of one day being able to communicate with them. This passive pursuit of his desire for companionship takes months upon months of the monster’s time, but also allows the monster to avoid any possible conflict while doing so. And though it does take time, his motivation for companionship pushes him to continue with this course of action. He was determined that by learning how to interact with them and doing small favours to ease their labours, one day they would be able to accept him for who he truly is, not the monstrous facade of what he appears to be. The impossibility of this pursuit is not yet identified by the monster and it is through this ignorance that he, very passively and obediently, follows his hope of making a connection with the family. When one does not yet realize the impossibility of their desires, they will be blindly following a course of action that will get them nowhere. Any plan they make is very simple and relies on meager actions to eventually achieve their desire. They make the plan with the hopes of avoiding any complexities or situations that are more dangerous than need be. All while ignorantly believing that passivity will get them anywhere. Due to the minimal actions taken, some never realize the impossibility of their desires as they either give up or die before fully understanding the uselessness of their actions; however, the monster doesn’t give up and instead finds that his desire will be much harder to achieve than he first anticipated.

After the Monster is rejected by the DeLacy family, he plans to persuade Victor Frankenstein into creating another creature like himself in hopes of fulfilling his desire for companionship. The monster narrates to Victor about the hardships he has endured, the isolation he has experienced, and exposing his longing desire for a companion. He finishes with asking Frankenstein to make him a female companion as it is impossible for him to manifest any sort of connection with the human race. This motivates the monster throughout the second part of the book and it alters his course of action completely as he takes more situations into his own hands. Not only does he single handedly manage to convince Frankenstein to listen, but he also formulated plan about how he will coax Frankenstein into creating this companion for him. His course of action has become much more assertive and has allowed him to take more risky actions like taking these initiatives. The realization that humanity would never accept him showed the monster that his desire would be a much harder than he first believed. He understands that it is nearly impossible to achieve his desires as the only companion he can ever have, can only be conjured up by Frankenstein. Shelly demonstrates that as one begins to realize the near impossibility of their desire, their motivation will grow stronger along with their course of action becoming more assertive. The course of action will take more conscious role to ensure their desire will be fulfilled; assertive actions could include formulating a plan and taking matters into one’s own hands (like the monster did). But once again, the ignorance of the impossibility of achieving their desire will too make these actions futile. However, the eventual realization of the impossibility will only spark a new desire as seen when the monster’s own desire is shown to be impossible.

When Victor is midway through the creation of the new companion, he spots the monster watching him which frightens Victor and brings him to his senses. He realises that he was only creating another monster and proceeds to destroy the new creation. Being denied of his one possible companion, the monster goes on a rampage and decides to haunt his creator by killing Victor’s wife and threatens to kill the rest of the Frankenstein family. At this moment the monster becomes enlightened to the fact that he will forever be alone. All his previous attempts to attain any possibility of escaping the isolation he was subject to have been deemed futile; and this outrages the monster. Due to this realization, the monster no longer even entertains the possibility of companionship and simply accepts that he can never achieve his true desire. This, however, only motivates the monster to embrace what society has been deeming him to be all along, a monster. He turns bitter and aggressive with a new desire for revenge. He ensures that Frankenstein will pay for what he has done by not allowing him to have a companion of his own. This new course of action allows the monster to take the entire situation into his own hands as revenge is a desire that he is fully capable of achieving with his brute strength and immortal power. By capitalizing on his strengths he is able to complete his tasks simply as he elegantly drives Frankenstein into a madness. Shelly establishes that when one understands and accepts the impossibility of achieving what they truly want, they become the monsters of society. Their desires and dreams which once motivated them to engage in acts of self-improvement have now shifted their acts to be based off of self-pity and self-resentment; this alters their once assertive approach to their desire into one of open aggression as they are angry that they have been working towards a futile dream. Aggression is easily achieved through many methods, easily capable through any course of action they take. This results with the individual lashing out on society or even themselves. When one loses the sense of power which once motivated them, the only power they can hold on to becomes that of violence and when that begins to motivate an individual, that’s when they turn into society’s monster.

Throughout the novel of Frankenstein, Mary Shelly displays how the monster comes to realize the impossibility of his desires and how this changes his course of action. When ignorant to impossibility one will passively pursue it; but when the impossibility becomes more apparent, one will act out with more and more aggressive means of attaining what they truly desire.