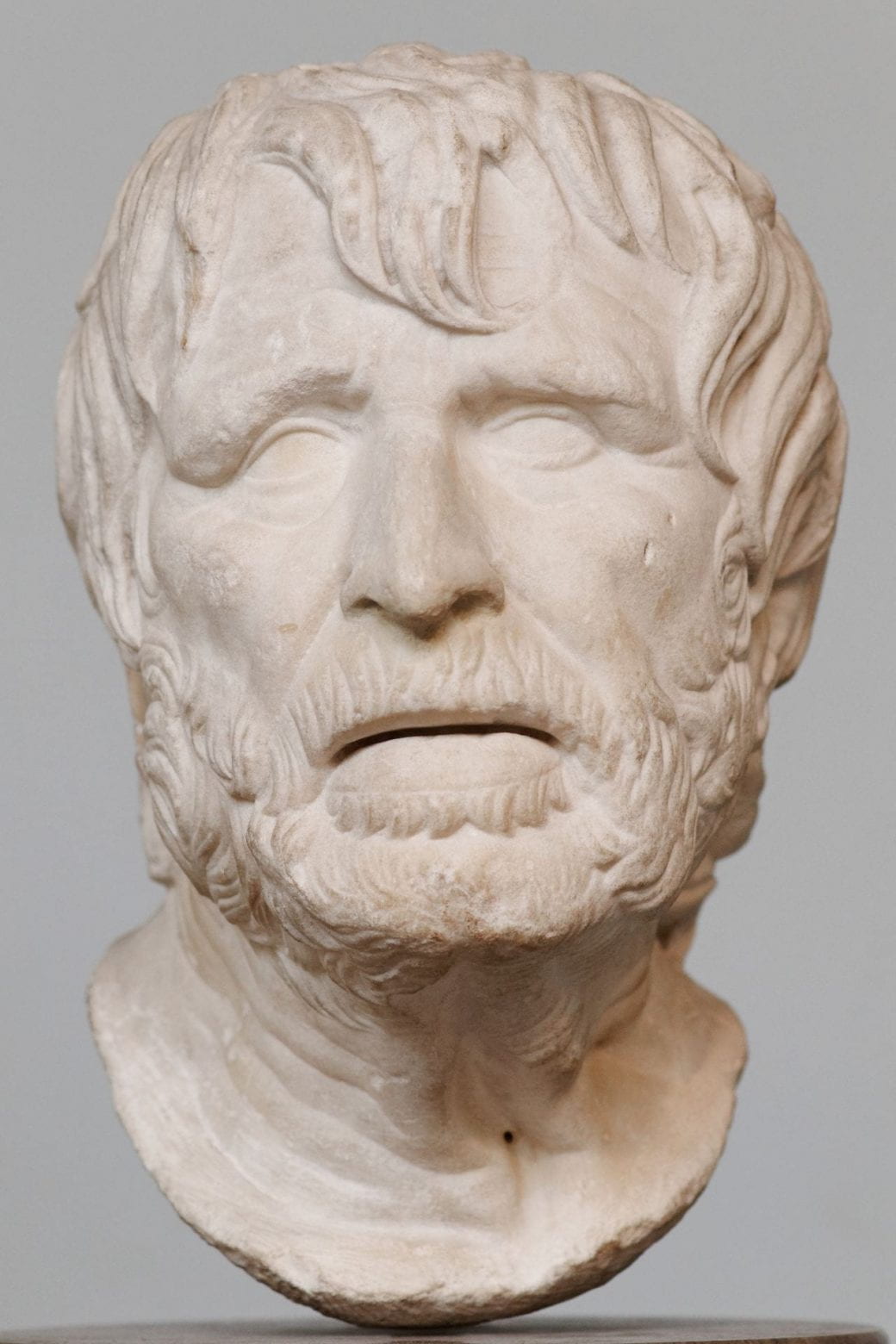 An informal essay regarding the symbolism of Prometheus and Pandora in Mary Shelley’s novel, Frankenstein.

The choice of allusion within a story holds great significance. Whether it is an image, idea, or a specific character, recognizing implications to other texts within a story allows for a clearer understanding of the central purpose. Moreover, the reader is able to contextualize the time period, beliefs, and symbols to identify an underlying thesis – In Mary Shelley’s novel, Frankenstein, the bold allusion of “The Modern Prometheus” as the subtitle, delivers a specific and well-thought-out message, which can be analyzed with an individual focus, or including elements of the bigger picture.

The Greek story was written around 600 BC by Hesiod, regarding the origins of man, and the gift of fire bestowed upon them by the Titan Prometheus. Additionally, the poet discusses the power and consequence of unkempt curiosity in the form of Pandora, the first mortal woman on Earth. This essay will look at the two characters in Hesiod’s tale, and establish the most effective fit for the character of Victor Frankenstein with the rest of the novel. 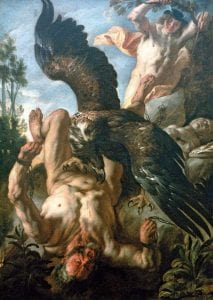 Prometheus, meaning “fore-thinker”, was a wise Titan that predicted the gods would win a brutal war and sided with them over his kind. As a gesture of appreciation, Zeus* gave him and his brother,  Epimetheus, the power to create all the living things on Earth. While Epimetheus created all the animals, Prometheus crafted mortal men out of water and clay. Zeus deemed that men were to be forever subservient to the gods and had to sacrifice the best portions of their meat in his name. This had insulted Prometheus, who believed his creation deserved better treatment. One day, he tricked the sky god into eating the bones and carcasses of the sacrificed meat. Zeus then banished fire from the earth, but Prometheus stole the flames from the lair of Athena* and Hephaestus*, and returning it to mankind. The humans forged metal tools and built homes, becoming a prosperous species that dominated the natural order. When Zeus became aware, he punished Prometheus for challenging his power and authority, chaining him to a rock, to be tortured by a liver-eating eagle.

In this section of the story, there are very obvious parallels between Victor and Prometheus. They both had acted with an individual purpose to better mankind, but by going against the natural order, they were eternally punished. The perpetual agony and pain Prometheus experienced due to his actions are similar to Victor’s. By unnaturally birthing a creature, Victor lived a life of suffering and regret, constantly tortured by the result of his actions (the monster).  He witnessed Justine wrongfully convicted, and the deaths of three of his family members — situations he was powerless to control. Then, he chases after his creation seeking revenge restlessly, and never at peace.

This, however, is the individualistic approach to understand and apply this allusion to the story of Frankenstein. It compares the actions of a specific character to another, but the environment and the context are not taken into account, which presents some errors.

The name Prometheus means “fore-thinker”, the definition a stark contrast to the behaviors of Victor, who acts based on his whims. Prometheus, however, wisely predicted the winner of the war and acted with a steady purpose. Moreover, the fire he had stolen lead to the betterment of humans, unlike the creation of Victor’s monster, which brought harm to society. Comparing the two characters is specific to the punishment received for the course of action, rather than the story including Pandora, where the entire situation mirrors that of the novel.

Choices made in a novel encompass the atmosphere, events, and ideals that the author is exposed to. By broadening the lens to see the parallel stories rather than the specific individuals within them, there is a greater message and symbolism which otherwise be missed.  Continuing Hesiod’s tale, the story begins to fall into sync.

After Zeus chained Prometheus to be tormented for eternity, he did not simply leave man to enjoy the precious gift fire, but created the first mortal woman to counteract the great prosperity in the world. With Zeus’ order, Hephaestus created the beautiful Pandora in the fiery pit of his workshop, and the other gods granted her with many gifts. Aphrodite*, gave her fierce emotion, Athena, blessed her knowledge, and Hermes* coined her name, which meant “all-gifted”. Before sending her into the mortal world, Zeus gave her two gifts as well: an insatiable curiosity and a tightly sealed box that she was warned to never open. 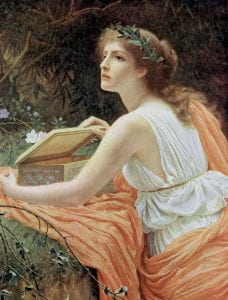 On earth, she married Prometheus’ brother and asked countless questions to calm her inquisitive mind. She lived blissfully, but constantly wished to open the box given to her at birth: an unrelenting desire to peer at the contents inside, even though mortal eyes were prohibited. As time went on, her curiosity shifted from periodic wondering to an all-consuming obsession. She claimed to hear voices from the box, beckoning her to pry the lid open, just once, and close it back again. When the temptation of the voice became unbearable, she said, “Quicksilver brought me here no doubt he intended the box for me.”, and tilted the lid slightly. Immediately, it exploded, and all the evils inside rushed at her in a frenzy. Famine, hunger, and disease, flew through the wind as spirits, and overtook the earth, bringing pain and sorrow to man. Immediately, she was regretful and wept at her sin. She knew her action was unchangeable, and the world will be haunted by the things she had unleashed. However, there was hope emerged from the bottom, illustrating that good can exist even with the presence of evil.

Taking the bigger picture, rather than a specific character into account, could Mary Shelley have been alluding to Pandora, as the character that mirrored Frankenstein?

It is an interesting but unorthodox idea, as she did not directly mention the character of Pandora in her book once. However, she does allude to the idea of opening things, when Victor says, “Life and death appeared to me ideal bounds which I should first breakthrough and pour a torrent of light through into our dark world.” Both characters felt a calling for their purpose that beckoned them to take action. Both were curious and passionate, impatient, and whimsical, which ultimately lead them to unchangeable consequences. Both maintained their innocent and happy life, until they were marked by the sin of their actions.

Other conclusions can be drawn from this section of the story as well. Hope, at the bottom of Pandora’s box, can represent Walton’s better fate. Even though Victor faced many sorrows and evils, Walton was able to change his course of action and benefit from hearing his sins. Similarly, even though Pandora experienced sorrow and regret, there was still hope for humanity in the face of evil.

By broadening the lens to see the two individuals together, the parallels shift to create a cohesive allusion. Instead of comparing Victor to Prometheus, the Titan can be seen as a higher power granting society rather than an individual the gift of fire. Prometheus would then represent the rapid progression of science and technology that Mary Shelley, being a Romantic, regarded with suspicion. Humans, in a Romantic’s mind, should embrace nature, rather than break its laws. Therefore in Hesiod’s poem, Prometheus’ gift of fire was taken away by Zeus, who represents the will of nature, or the natural order. To oppose the domination of humans, he gives a box of evil to an extremely inquisitive girl to illustrate the nature of human curiosity and the associated repercussions of stepping over the line. Pandora had broken the rules, unleashing evil onto the earth, and brought suffering and regret into her own life. In the same way, Victor Frankenstein, due to his unkempt emotion, acted against the will of nature by creating spontaneous life and grieved his mistake. The creature he created disrupted humans bringing terror and misery for anyone whom he encountered, representing the problems associated with the unnatural.  In the end, however, Walton can benefit from Victor’s experience, symbolizing the hope at the bottom of Pandora’s box.

Is Mary Shelley is criticizing the progression of humanity through the sciences and modernization, while showing how an individual action against the natural order can enlist horror and pain for all? Or is the allusion meant to be specific to the character of Prometheus?

Although an allusion can be specific to one character, shifting focus to other aspects of the referenced text aids readers in understanding the author’s message with increased depth and meaning. In the case of the novel, Frankenstein, a holistic approach to the phrasing of “The Modern Prometheus”  allows for the story and character of Victor Frankenstein to parallel with plot and character of Pandora, a comparison cohesive to the environment and ideologies of Mary Shelley’s time.