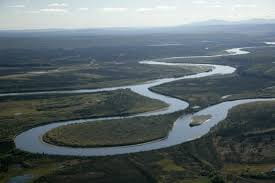 Frankenstein , a novel by Mary Shelley, bears a significant relevance to the society of today as well as that of the future. Societal issues often pertain to certain technological advancements such as weapons landing into the wrong hands, debates over the ethics of controversial capabilities and simply how it has consumed an individuals lifestyle in a span of 40 years, around when computers became commonplace in society. Other issues arise within the novel such as one of equality. Enveloped in a multicultural society, has equality actually been achieved since the 1800s and how far has it come in the span of two hundred years? Irrefutably this novel demonstrates a strong resemblance to the issues of today, but how do they differ? Simply, to what extent should humanity take pride in its achievement of equality or embrace rapid advances in technology full of risk despite the benefits extracted from its pursuit.

Culprit to dabble in the taboo, science is pushing boundaries to the delight of many and to the dismayed astonishment of others. Science seems to have no limits nor qualms about distinctive controversial topics such as cloning and stem cells. There is an unprecedented element to these fields of research as they remain unnatural to any culture on the Earth and is foreign to belief of many as possible. Society is associated with stacks of issues currently and with science pushing the boundaries of reality in its greedful pursuits; who is to know the disastrous results of such impulsive endeavors? We have for reference the novel of Frankenstein which advocates the dangers of exploring the realm of science through the terrors of the monster. Science is a playground for the curious and it reaps many wonderful harvests, yet diseased yields are inevitably gathered as well. People do not have a complete grasp in the scientific world within their very own projects, errors and exceptions are forever an unpredictable wildcard in the experimental department. As Mary Shelley demonstrated, revolutionary ideas may originate with charitable intentions, but there always exists the potential to corrupt as the monster was in her novel.

Yet the underlying message of the horrendous disaster of Victor’s creation is: the impossible can be rejected if one’s sheer will is consumed with a reality defying desire. Victor engineered life, a seemingly unearthly task but his determination outweighed the doubt he possessed to accomplish his dream. Now more than ever information is accessible through the internet and schooling which permits the foundation for fantastical ideas to metamorphosize from the restrictive walls of the imagination. There is a vast potential in this era for science to blossom, transcending what society has forever thought unattainable. The novel suggests if one put all their soul and effort into a frenzied ambition, the results would be a success, no matter the obstacles faced. However it cautions overindulging in one’s work, suggesting moderation would prove superior.  This is crucial as passionate people can take this novel as inspiration to launch themselves at a problematic field, aiming confidently for success. Encouraged individuals with enough dedication can change the world through scientific research, curing diseases thought incurable. Frankenstein has the power to spur individuals towards monumental achievements through its clever plot, proving its importance to be studied in our contemporary society.

Taking an alternative point, Frankenstein as a novel greatly emphasizes the significance if equality and discrimination in society. Stereotypes are parasitic to equality in that they discourage fair treatment for all individuals. This occurs as the monster is stereotyped as ugly, abominable and a daemon. Outcasting the monster is only the brink of his sorrows. Never was he privileged to have an opportunity to fit into society, only privileged to isolation. Fear is the root of the conflict that leads to such acts of discrimination. People witnessing the horror of his appearance violently repulsed him from their presence. Even villagers like Felix, recipient of his generosity, mistake him for a monster and chase him away. Isolation and unwantedness the monster is exposed to implodes his benevolent heart, a malevolent spirit to rise from its ashes. Rejection fosters resentment and this corrupts the monster’s amiable personality into one of vengeance. The novel entails insight into how one responds to the cruel acts of discrimination and the negative offspring because of it. A comparison can be made between the novel and current societal trends to determine how equality is embedded in today’s society. Countries may pride themselves in their constitutions and freedoms its distributes however it is not so simple. Not even twenty years ago when 9-11 occurred there in the aftermath was a period of harsh racism within society, outcasting masses of innocent people. Novels such as Frankenstein are capable of teaching the extreme effects of discrimination that can be used to highlight these immortal issues that may be overlooked in modern society.

Frankenstein contains so much symmetry to modern society that will fail to expire. An eternal work this is, delving deep into the cavernous bodies of what makes us human. Forever will it serve as a guideline to discourage irresponsible usage of  scientific developments, while at the sametime a testimony of the dedication of one who passionately pursues their dream, a confluence of opposing, yet similar ideas. Speckled throughout are warnings of discrimination and the ability of a targeted group to transform from said target into a nightmare. All in all Frankenstein is a classic book, able to captivate the audience through its artistic diction that society would be longing for if it was absent.