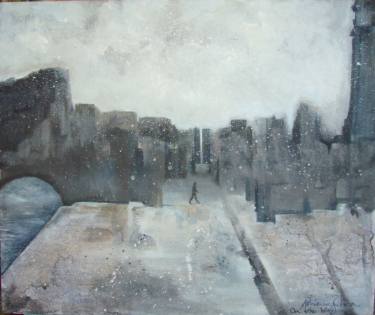 prompt: What do these texts suggest about the conflict between pursuing a personal desire and choosing to conform? 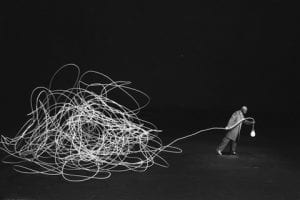 theme: When an individual’s perception of conformity is altered by a significant event, they will instead choose to pursue a personal desire. Though this comes at the sacrifice of what they find familiarity in, it is one that they feel comfortable taking it after seeing the incomplete nature of conformity and the beauty in their own chosen path.

They all seemed to walk in circles. Never did he see anyone stray from path that they were placed on at birth. Granted they weren’t perfect, but they were always deep with all the feet that had passed over before. A legacy created and maintained; each person in this world did what his father did, and his father before him. It was a destiny set in blood rather than stone.

No one dared step out of the boundaries that had been set for them. Like blind men in the dark, they would continue on the sunken path — no need for sight, no need for light.  They would live in the same town and go to the same school; when it came time for university, they would give their father’s name and sit in a spot claimed years ago. Leo had known this was to be his life:  he would one day take his father’s place at the architecture firm — that was what was expected, that was what would be done. It would be silly to dream that there was more to his existence than the line his ancestors walked on years before. But who ever said teenagers weren’t silly; he often found himself creating lives of painting and finding cures for diseases he couldn’t pronounce. Silly. That’s what it was. People were already following those paths, he was to follow his own.

This system was supposed to make life easier for everyone. There would be no labour shortages and there would always be food on the table because there was always a job. A perfect world because with choice and variables came errors — what if one chose incorrectly? This was the perfect system because everyone could be sustained — sustain, not thrive.

But in commonality, boredom is cultivated. Sons were taught their craft from the moment they could learn. The craft they would carry forward for decades after their mentors had died and would later have to teach their own kin. For Leo, this seemed like the closest thing possible to hell on earth. To sit behind a desk and check over measurements of a building meant to replace an old one; they only ever replaced the physical structures, not the ones placed psychologically on children from birth. There was no choice, no exchange — one path meant for each bloodline. He was meant to follow behind his father like the generations that had preceded him. That was their truth, that was to be his truth.

Leo was meant to go away to university when his father had passed away; he would have to fill the vacancy, immediately. His education was not what qualified him for the position, rather the blood that flowed in his veins did — sustain, not thrive. He would have to learn as he went because it was his turn to put food on the table. But he wasn’t ready. He thought he had years before his father would even take him to the office that would be his own. He should have had years to create a mentality that would have taken his rebellion and the desires for something more — something he could call his own.

Leo lost the years that would have allowed him to leave his dreams in journals hidden in boxes beneath the bed. The years that would have cementated the walls on the line he followed. He would have learned to believe that life wasn’t a pursuit of self, but to continue the balance of the world. But he still had the journals with pages filled with fresh ink. And now he had an opportunity. With every loss, there is something to gain. He could leave. He could carve his own path to his own idea of success. The success he imagined for himself in working at a bakery that he could call his own. He wanted to be the boy he created stories about in his practice books covering the words that described the regulations of bridges over railways.

So he did, he left. If his father had abandoned the line before his time; he didn’t need to follow it either.

He started a journey meant to be taken alone and a journey he had to take. He would have to leave this land of familiarity in favour of his dreams — even if he couldn’t sustain himself, he knew he would thrive. His path would take him to places known for their delicacies and he would have a purpose. At least not one forced upon him by the generations before.

His journey was long and took him months; he found that in every place he stopped, he had something to learn. His textbooks in school were limited in the knowledge they provided — except the ones that detailed his father’s career — which no longer frustrated him. Leo could now experience things he had never known — things he would have never known had he stayed.

featured image: On the Way by Adrienne Silva  https://www.saatchiart.com/account/profile/311059