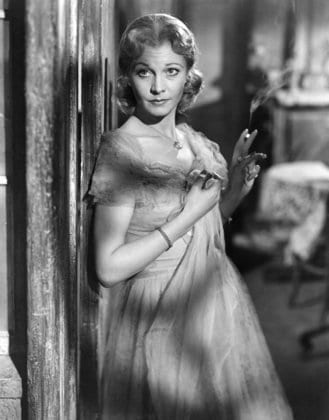 Discuss the role of self-perception plays when individuals seek to reconcile the conflict between illusion and reality. (June 2014)

I hate to say that I’m not quite sure about this essay in terms of how it flows, as I have always had a problem with writing my ideas into essay format and actually making sense. My essay’s always go all over the place and start to go on tangents (and as I’m sure, if you have talked to me enough, you know I go on those often), to which I say that will most likely never be fixed. Regardless, when I first wrote this cold I was mildly impressed with myself as I’ve come a long way. I’ve begun to understand essays this year in a way I never thought I would, and to this day question why the format of an essay never clicked in my head until now. In a way I guess you could say I’m proud of myself – I know I understand essays now. However, does that mean I know how to execute my understanding? No. Not at all. Hey, usually people preface essays with not what I just did. In fact, people don’t usually preface them at all… Huh. I’m going on a tangent again. Normally I wouldn’t do this but it’s one of my last posts so I thought, “Why not break the rules and live a little?” That’s my motto, everyone. Live a little, that’s why were here! Also, did you know this whole conversation was written hopefully to make you devoid of any interest for my essay?

In A Streetcar Named Desire, Tennessee Williams explores the idea that an individual’s dependence on a distorted perception of reality is often due to a negative self-perception; furthermore resulting in the manipulation of others when said individual begins to create a more positive illusion of themselves through lies.

The human need to present the most favourable perception of oneself is prominent throughout every generation, despite the constant change in social conventions. It is the pressures of being out in society, where a good self-perception determines who is the most desired, which brings forth the need for an idealistic version of oneself. By having a positive self-perception, individuals will often be more distinguishable in a crowd due to their confidence; however, such a positive perception is often achieved through the misrepresentation of one’s reality. It is with the character of Blanche DuBois in A Streetcar Named Desire that the author mimics a similar behaviour in her constant need to rely on a distorted reality. Blanche lives her life indulging in intimacies with strangers. When Blanche is shunned by the town of Laurel for her intimate relations with men, however, she begins to experience a negative perception of herself. As her name becomes tainted, men no longer flock to her; and in an attempt to conceal her actions in Laurel, Blanche moves to New Orleans as a means of starting anew. In a town where no one knows who she is, Blanche is able to create an illusion of herself for others to desire and in result, is able to continue indulging in her sexual intimacies. Through this, Tennessee Williams explores the idea that an individual’s dependence on a distorted perception of reality is often due to a negative self-perception; furthermore resulting in the manipulation of others when said individual begins to create a more positive illusion of themselves through lies.

One’s past assists in shaping an individual to become who they are in the present; it is the distant memory of the past which motivates individuals to better themselves as they discover how to perceive themselves. Whether an individual has a positive self-perception or not determines how they react to this change, and many will run away. Blanche DuBois runs away from her past in an attempt to escape the perception of others and the reality of all she has lost: her home, her reputation, and her constant sexual intimacies. Being left with a negative self-perception due to this, Blanche travels from her home of Laurel to the Kowalski’s, where her sister Stella lives with her husband Stanley. Blanche plans to stay for an extended visit with her sister and brother-in-law, with the excuse she has quit her job as a teacher. Unknowingly to Stella nor the readers, Blanche describes her life of the past few years to Stella in a way which fantasizes her reality as she is ashamed that she has been shunned for her desires back in Laurel. This has caused Blanche to have a rather negative self-perception and she reacts to this change through blatant lies. Blanche lies about her drinking habits, wealth, age, personal relationships and confidence all in an attempt to manipulate who she meets in Elysian Fields. By showing a more positive self-perception to others, she is able to ignore her reality of shame by lying to both herself and other people in her life. In result, she is able to distort her reality into one which is more positive.  Like Blanche, individuals who are plagued with the feelings of shame or a damaging self-perception will often lie to themselves about their reality in order to protect themselves. This helps to create a better self-perception as said individual begins to depend on their own lies, in turn believing them and being able to ignore the truth – because individuals run away when it gets difficult. Blanche has run away from her reality as she desperately wants it to remain unacknowledged. In her eyes, the only way to do so is to depend on an inaccurate version of reality – therefore, Blanche begins her journey at the Kowalski’s by hiding the realities of her life and ignites the pattern of continuous manipulation of both her own self-perception and the perception of others.

As an individual lives with a distorted perception of reality they will begin to be surrounded by lies, eventually becoming dependent on the continuation of such illusions. This twisted version of reality, which begins to affect other individuals, will then be unable to be forgotten. When Stanley Kowalski and Blanche DuBois meet each other after Blanche’s arrival, the two characters do not get along. Stanley is suspicious of the stories Blanche tells his wife, even going as far as to looking through Blanche’s belongings in an attempt at gaining confirmation of such suspicions. Blanche’s sister, who has been successfully manipulated by what Blanche has told her, does not believe her husband when he shares his discoveries of Blanche’s past. Stella states, “I don’t believe all of those stories and I think your supply-man was mean and rotten to tell them.” (Scene Seven, p. 110) Through Stella’s insistence on how Stanley is wrong about Blanche, William’s explores exactly how Blanche’s distorted version of reality has begun to affect others. Even when faced with the facts of Blanche’s past, Stella refuses to believe it as her perceptions have become what Blanche has deliberately portrayed. These illusions, a product of Blanche’s lies, prevent the acknowledgment of truth from Stella, ultimately bringing to the forefront how often Blanche is manipulating others. Furthermore, when Blanche continues to manipulate those around her and they fail to discover her past, she is able to get what she desires: sexual intimacies, or rather the thrill of having the possibility of one. Blanche becomes romantically involved with a man named Mitch and relies on an image of confidence and youth to seduce him.  Due to this, Blanche is stuck with a problem that later brings her to her demise; by building relationships through sharing an illusioned self-perception, she is unable to escape from her lies as they are the foundation of all her relations with others. Blanche now has to live with her web of lies, as not maintaining her false recollections of her life would mean the death of the self-perception she has presented to others and their respect.

Once an individual has become dependent on their illusions, they are unable to recognize the reality of their situation. To acknowledge reality is to shatter one’s illusions, and by admitting one is merely a lie, would mean the death of one’s fantasy. William’s conveys this idea when Stanley confronts Blanche about her past in Laurel. Despite having slight suspicions Stanley has shared information about Blanche to Stella, Blanche continues to tell blatant lies to Stanley in a scene when they are alone. After Stanley’s confrontation, he tells Mitch of what happened in Laurel. Mitch soon after rejects her, claiming she isn’t “clean enough to bring in the house with my mother.” (Scene Nine, p. 131) due to her past. With this rejection reminding her of the shame and rejection she felt in Laurel, Blanche relies on the illusion of a confident self-perception in an attempt to conceal her pain and avoid pity from others. Blanche begins to fully immerse herself in the idea that a good self-perception will convince others to think highly of herself as well, despite her past which has resurfaced. She is unable to reconcile illusion and reality when she refuses to acknowledge the perception of her by others is changing once again. Through this belief, William’s is presenting readers with how Blanche depends on a false confident self-perception in order to convince herself she is still wanted. No longer manipulating only others, she attempts to manipulate herself and her own self-perception.

Many individuals use the means of imagination as a way to cope with their reality; by doing so, one can escape into an illusion in an attempt to hide from real life. This action provides relief from one’s struggles, and with a balance of both imagination and reality, creates a temporary illusion; Blanche DuBois, however, provides relief to herself through the illusion of a confident self-perception and many lies. As a deeply struggled woman who manages the scarring memories of the past through manipulating herself and others, she lacks the mental strength to balance her illusions (which in Blanche’s case is self-perception) and reality. Through this, Tennessee Williams’ exemplifies when an individual is unable to balance illusion and reality, they let it permanently change their self-perception, which then becomes one made of pure illusion. Reality and illusion must balanced, or else everything will mold into one.