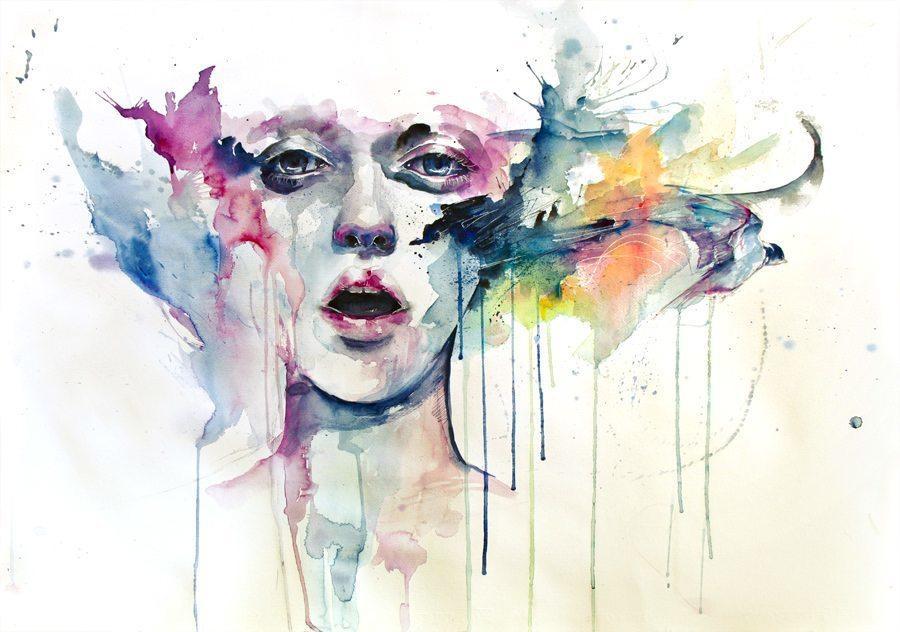 Dishonesty in the Face of Reality

In the face of adversity, often individuals will attempt to pursue optimism to aid their endurance of reality; this optimism pursued is usually rooted in temporary dishonesty, as the act of lying creates a haven that is founded in ideals and illusions to endure the hardships of reality. However, when a continuous reliance on dishonesty is established to satisfy one’s optimistic hopes, one may struggle to reconcile their tension between reality and illusion, created by dishonesty – ultimately leading to the demise of an individual due to their growing inability to be honest in their life. This use of dishonesty to pursue a temporary hope and optimism in adverse circumstances is depicted by the character Blanche DuBois in A Streetcar Named Desire, as the playwright, Tennessee Williams, portrays Blanche as an antebellum who struggles to face her adversities of the loss of her young husband and Belle Reve; therefore, she adopts the practice of lying to pursue an optimism in the face of said adversities. However, when Blanche develops a steadfast reliance on lying to seek happiness, she growingly becomes unable to accept truth and deal with her realities. Through Blanche DuBois, Williams develops the idea that in the face of an adverse reality, individuals may adopt dishonesty to pursue an optimism – allowing them to hope for the betterment of their future. However, when this use of dishonesty deepens to the point where the individual is growingly becoming unaware of what is true and false, they become unable to reconcile reality with their optimistic vision, ultimately leading to the downfall of said individual.

When an individual is unable to endure the adverse circumstances of their reality, they may adopt dishonesty to pursue optimism in bearing with said adversity. This is initially portrayed following Blanche’s reveal of Belle Reve’s loss to Stella  in her conversation with Stanley Kowalski, as the bold statement that, “… the Grim Reaper had put up his tent on our doorstep!” is politely reduced into her “rarely touch[ing]” alcohol when offered by Stanley. Through the evident escalation in her tone and her dramatic referral to the Grim Reaper – a mythological figure that is often representative of a personified version of death and decay – Blanche firstly conveys the extremity of her recent hardships in that her idealistic life in Belle Reve, with an abundance of family that cushioned her from facing the external realities, was ripped away with a swiftness that left her unable to cope with the remains of the emotional and financial disaster. Although Blanche is displayed to immediately seek alcohol after her arrival in New Orleans, the fact that she directly lies to Stanley depicts her usage of dishonesty in hoping to preserve the southern belle image that was stripped away from her along with the lifestyle of Belle Reve. Blanche’s usage of intentional dishonesty translates into her attempts of seeking renewal in the city where her reputation, identity, and desires are all unknown, as the lie to “rarely” drink alcohol allows for her pursuit of optimism in the reconstruction of her truth and reputation to what she idealizes. Blanche’s further act that reveals her optimism in the recreation of what she hopes to be perceived as is when she requests Mitch to place the paper lantern over the “naked light bulb” during the poker game. In the act of hoping to preserve the foundations of her image as a southern belle while building off of what remains, Blanche’s act of using a lantern cover represents her diffusion of the bare light to soften all that it illuminates, primarily her appearance. Through the filtration of the“naked” light which she resists to face, the playwright depicts how Blanche’s inability to endure the harsh and “naked” realities of her current circumstances is remedied through her attempts to create the illusion of youth – a Blanche of the past that reflected the freshness and idealism of her posh, past lifestyle. By hoping to appear younger with the softened light, Blanche is seen to pursue optimism in that she hopes to rebuild her past image, while seeking admiration from Mitch in the possibility that she can recreate the love in which she was cushioned during the idealized past – an attempt to transform the optimistic vision into a reality. Through Blanche DuBois, Williams illustrates how individuals may resort to an optimism rooted in dishonesty while in the process of coping with an undesirable reality. In this usage of optimism, however, Blanche’s implied intentions reveal that dishonesty may consequently be utilized repeatedly once solace is found in it, as it may convert into the attempt to transform reality into a sufficient version of ideals.

Through the continuous use a lack of honesty to endure reality, an individual may attempt to transform their reality into the ideal after witnessing the initial success of using lies to pursue optimism; however, when the balance of the reality begins to shift and create a conflict between the optimism and truth, an individual will start to feel overwhelmed by the growth of the adversity caused by its avoidance and covering, as is seen with Blanche in relation to Mitch. The prominent attempt in transforming the ideal to reality is witnessed in the presence of candlelight, as Blanche is seen to successfully gain the respect and supposed love of Mitch when he asks, “Could it be – you and me, Blanche?”. After Blanche’s choice to lie to pursue optimism is continuously reinforced as being beneficial through the outcomes of her actions, she is depicted to ultimately facilitate the creation of a relationship through dishonesty. This acceptance prompted by Mitch allows Blanche to find the final solace which she sought, as she hoped to revive the ideal purity of love and financial security of her past in a new environment. Although done through dishonesty, the optimism founded in lies allows her to find a path to pursue happiness, which is collectively symbolized through the repeated use of softened light, as the symbolic usage of the diffused candlelight is carried forward to represent the creation of an ideal environment while representing the flourishing love and contentment which Blanche essentially desired. However through human condition, reality is often seen to dominate over idealism, and this is proven true in Blanche’s case as well. Following Mitch’s discovery of Blanche’s reputation in Laurel, he is seen to approach Blanche to ask about her truths to seek an explanation for repeated use of illusion and lies. During this conversation, Blanche states that she ¨tell[s] what ought to be the truth.¨ Through an initial interpretation of this line, one can imply that Blanche refers to her growing usage of dishonesty to achieve happiness in the creation of new realities. Following her experience of receiving satisfaction and success through the illusion of others, Blanche has gained the confidence to translate this use of dishonesty as a means to establish a new reality that satisfies what she yearns. However, when the circumstance of this line is analyzed, the reader comes to identify the growing tension between Blanche´s course of action and how the actual reality is responding. The fact that Blanche is outwardly confessing to her deceitful actions to Mitch illustrates how the scale of desire and reality is growingly reaching a state of disconnect, as Blanche´s previous actions are no longer providing her with a sense of happiness – as depicted through Mitch´s lack of trust in her following his awareness of Blanche’s lies. This implies how a growing reliance on dishonesty to pursue optimism and eventually to transform reality is impractical and unrealistic, as the circumstances of reality will reach a point of imbalance. Blanche’s desperate attempt to reconfigure reality brings about her ultimate demise as she is unable to reconcile the conflict between her established practices of dishonesty and the reality of their circumstances.

When an individual begins to experience a disconnect between their pursuit of optimism through dishonesty and their growing reality, they will start to become unaware of what remains as the truth due to their reliance on prior illusions and deceit to endure the adversities of their reality. This is displayed towards the end of the play when Blanche no longer is able to recall her lies through her extensive acts, as she replies ¨What telegram?…¨ to Stanley a few lines after she lied about being invited to a cruise with Shep Huntleigh, along with the lie of Mitch “imploring [her] forgiveness”. Blanche’s act of forgetting what she has simply lied about only a few moments earlier depicts her gradual lost grip on reality, as her lies are now creating the adversities in her life, as opposed to facilitating their endurance. The fact that she so bluntly asks about the wire following her extravagant explanation of going on the cruise illustrates her growing loss of awareness of what is true and false. This loss of understanding of truth following the pursuit of optimism through dishonesty is further solidified when Stella and Eunice are in the process of transferring her to a mental asylum, as Blanche responds by stating that the Doctor is not who she was expecting. This disconnect between her reality and falsified illusions in her mind is evident, as Blanche no longer retains the truth of her life as being her actuality, but rather a distant struggle. This increased reliance on dishonesty to superficially transform her reality is what ultimately leads to her downfall as a character, as the optimism initially pursued no longer supports her ability to cope with reality. Through Blanche, one comes to note that when individuals growingly establish a reliance on dishonesty and lie in an attempt to resolve the adversities of their life, they will experience an entrapment once they become unaware of the difference between reality and lies, leading to the overall demise of the individuals.

When individuals are faced with adversities, they may choose to rely on optimism founded on dishonesty to endure the hardships of reality. However, when a steadfast reliance on dishonesty and lies is established to achieve a temporary sense of hope, individuals become dependent on the lies and eventually find themselves to be overwhelmed and caught in the web established by their repeated lies. This ultimately causes individuals to lose grip on reality, as it becomes increasingly difficult to decipher reality from a crafted world of lies. This is depicted in A Streetcar Named Desire, as Williams uses the character, Blanche, to depict this response to adversity, as lies are utilized as a means to pursue optimism. This is done through the initial white lies of youthful appearance, as Blanche attempts to use lies with Mitch as well as others to establish her optimism of a better future, however, when Blanche develops a prevalent reliance on dishonesty to cultivate a new reality, she encounters conflicts with Mitch and further Stanley, ultimately becoming unable to detect reality from her false world. Overall, when individuals utilize dishonesty to pursue optimism in the face of adversity, they receive satisfaction for a brief period, as the continuous use of dishonesty causes a shift between individuals’ understanding of truth and lies – significantly giving truth an advantage in dominating the balance between the victory of “naked” reality against softened ideals.