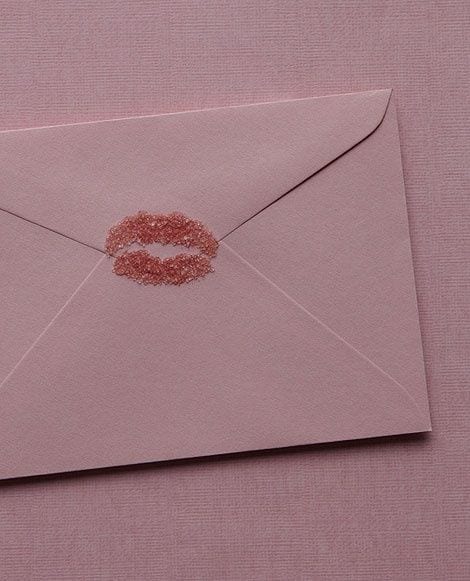 The Absence of Light

… the role of honesty when an individual experiences tension between optimism and reality. (June 2018)

Darkness: the absence of light. In a similar manner, deception is the absence of truth. When there is a strain between reality and optimistic ideals, however, reality forces back deceit like light does the darkness. Tennessee Williams in A Streetcar Named Desire explores such an idea through protagonists Blanche DuBois and Stanley Kowalski; such contrasting personalities immediately have animosity toward one another. As the story progresses it becomes all the more evident that their embodiment of strong, conflicting forces – ideals and reality – allows for a power struggle to unfold. One far more severe than the French Quarter could ever anticipate. Ergo, Williams, in his modern tragic play, brings forth the notion that when two strong but opposing personalities meet, their conflict between optimism and realism may be great but, ultimately, one’s pursuit of truth will be revealed as triumphant over another’s need for fantasy.

The world of fantasy is an exquisite place to be. Anything can happen for anyone without concern for one’s past transgressions. It is no wonder then why Blanche DuBois, because of all she had been through, held so tightly to her optimism; her pursuit of her ideals, by creating her fantasies had become a crutch for her to cope with the reality of what she did to Alan. After telling her late husband how she truly felt about his homosexuality and hearing him kill himself shortly after, Blanche realized the danger of honesty. Reality’s ability to cause such harm to those she cared for lead her to believe truth need be discontinued all together. Her fantasies were safe. They allowed her optimistic view of the world to flourish uninterrupted. Thus, Blanche’s deception and telling “what ought to be the truth” can not merely be deemed a sign of her underlying immorality – she was coping. Lying to the people in her life was not enough, however; Blanche went as far as to live solely in the ambience of soft lighting to prevent any further exposure. In the darkness, features are soft, romantic even. In the darkness, she is able to maintain her hopeful disposition and fully avoid facing the cruel world that so brutally showed her the damaging ability of reality. Through Blanche, Williams suggests that an individual marred by a traumatic experience is likely to sink into themself and use optimistic ideals to distort their perceptions of reality in hopes of avoiding a similar pain again. For a woman as broken as Blanche, it only seems right that she would “want magic!” in favour of reality.

Fantasies are wonderful motivation for an individual’s course of action but without a grounding in reality, for some, they quickly begin to grow insufferable. For Stanley Kowalski, seeing the world accurately and with a sober mind – unclouded by ideals of any sort – was of the utmost import: this is how he asserts his dominance. He allows himself to become the embodiment of honesty in hopes of becoming the domineering man he thinks an ideal husband should be. Upon further contemplation, however, it is clear that Stanley does this in hopes of hiding his own insecurities. As seen on the first night Stella and him consummated their marriage when he took Stella’s slipper and proceeded to smash “the lightbulbs with it”, in moments of immense vulnerability, Stanley too wishes to hide from the scrutiny of light. He does not want the reality of his fragility to be seen. Ergo, in his hands, truth becomes a weapon used to maintain his cruel disposition. He turns a bright, blinding light on the world so it is never able to see that he is not the man he hopes to be. Further seen when he rapes Blanche – an act of dominance, not sexual pleasure – Stanley will use the truth to belittle and manipulate the people in his life to his pleasing but will not have the same light turned back on him. Stanley continues to use reality to hide his failure to live up to his own optimistic, but unfounded, ideals of a man. Williams uses Stanley’s dominating personality to explore the thought that a fragile individual incapable of living out their ideals may belittle others in hopes of masking the aspects of themself they desperately wish to hide – their reality. Furthermore, they may use a righteous claim to truth in order to justify the innate cruelty of their actions. Though Stanley never allowed anyone to “pull the wool over” his eyes, there was no honour in doing so – just fear.

Light and darkness are incapable of coexisting in one space. Such things are all consuming and one will ultimately control the other: just as Stanley’s reality consumes Blanche’s optimistic fantasies, destroying her in the end. Upon meeting, tensions ran high as their worldviews are so starkly different. Though they could have found solace in each other with their mutual insecurity, instead they began competing for control over life in Illinois. Once Stanley’s suspicions of Blanche grew unbearable, he took to his usual methods of control and began to weaponize truth. He wanted to bring her out into the light and expose the ugliness he saw in her. Through research and very intentional questioning, he was able to reveal all the elements of her past that her hopefulness and delusions tried to keep her safe from. Though Blanche did all she could to win Stella’s favour and Mitch’s heart, when her past was brought to light all were left to see just how broken she had become. Soft light, flirting, and half-truths left her further abandoned by those she thought she could rely on. She was trapped. As seen when her beau, Mitch, claimed she was too dirty to marry or bring home to his mother, reality once again left Blanche’s ideals shattered. To finish his conquest, after leaving Blanche without a friend in the world, Stanley victoriously reveals he had known her secrets all along and proceeds to rape her. Light consumed the darkness and all that was left was the shell of the woman that once was. Through this, Williams shows that during tensions between ideals and truth, reality can be turned into a tool of sorts; when mercilessly used, however, it may leave any optimistic hope for betterment destroyed. Despite her best efforts of “charm” and “illusion”, Blanche could not overcome the brute force of reality.

Darkness thrives in the absence of life just as fantasies thrive in the absence of truth. When these opposing forces meet, however, the outcome is bound to be catastrophic. In Tennessee Williams’ A Streetcar Named Desire, he explores this through the power struggle of protagonists Blanche DuBois and Stanley Kowalski. Blanche’s reliance on optimism and Stanley’s dependency on truth left them to act as each other’s hubris. Their differences were far too great to overcome and, in the end, light devoured darkness as the truth was revealed, leaving Stanley victorious and Ms. DuBois all the more broken.