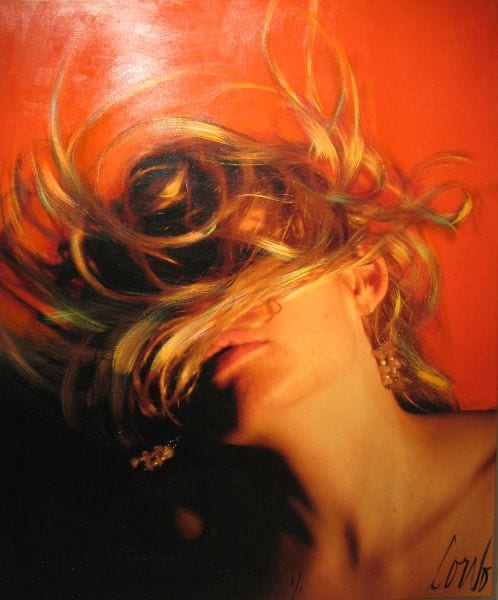 The Descent into Illusion

Prompt: The role self-perception plays when individuals seek to reconcile the conflict between illusion and reality (June 2014)

The preference for illusion over reality is a result from an individual’s self-perception of their circumstances. Through the progression of experiences in life, an individual may gradually begin to accept reality in order to become an integral part of society. However, the appeal of illusion – where favourable outcomes lie – may override the expectation to balance both reality and illusion, as truth is often a heavy burden. This leads to a desire to live only in illusion, and one’s self perception plays a role in determining if said individual is capable enough to harmonize both sides. In the modern play, A Streetcar Named Desire, Tennessee Williams uses the character of Blanche DuBois to explore the idea that when one’s perceived reality is distorted by a harsh truth, said individual’s subsequent desire for illusion results in the complete disregard of realism.

When an ignorant individual who has yet to comprehend the differences between illusion and reality, their self perception is vulnerable to the harsh truths of their world. In Blanche’s revelation of her past, readers can see that her perception of reality was obscured by her love for her former husband, Allan Grey, as if “you suddenly turned on a blinding light on something that has always been half in shadow…” (114) Blanche’s self-perception of her marriage has always been kept hidden away from reality; in that she was unaware of his homosexuality – something that is heavily frowned upon by society.  However, when that “search light” (114) disappears after witnessing – and causing – Allan’s suicide, Blanche catches the first glimpse of a harsh reality she cannot acknowledge; because of this, she retreats into illusion, perceiving his death as a fault of her own inabilities. As a vulnerable, young girl whose perceived reality is destroyed by a traumatic exposure of truth, Blanche is faced with the decision to choose between fantasies and actuality. However, she is unable to reconcile the conflict between the two opposing forces, leading to her pursuit of illusion where her desires are met. It is here where Blanche’s self-perception shifts from innocence to desperation. In order to regain the world where she was desired and loved, Blanche resorts to lustful behaviour, having many “intimacies with strangers… to fill [her] empty heart with.” (146) In this, the author illustrates an individual’s desire for idyllic, false pretenses in the face of avoiding the facts of a ruined reality.

When an individual perceives illusion as the only option to live, the need to ground that illusion in reality is raised out of frantic hope. Through the character of Mitch, Blanche views him as her path to illusion, where her perceived happiness and emotional security lies. After her damaged reputation as a woman in Laurel, she fabricates her purity and youth, manipulating others in pursuit of her desired illusions. As an individual who has “always depended on the kindness of strangers,” (178) Blanche perceives a relationship with Mitch as her only chance of survival. Although she sees Mitch as only a “kitchen candle” (115) – which contrasts with the blinding light of her first love – Mitch represents the opportunity to live in a secure illusion and this potential escape from her reality motivates Blanche to manipulate Mitch’s affection for her. Both society’s and her own perceptions of what is desirable in women cause her to lie about her age and feign modesty. In building her illusions of purity and chastity, Blanche’s self-victimization generates Mitch’s sympathy, and she is able to grasp him into her illusions. However, her fears of Mitch discovering her past is detrimental to her plans, and when Stanley disrupts this plan with the truth, her hope of obtaining illusion is destroyed. Consequently, Mitch, having learned of Blanche’s past, says, “You’re not clean enough to bring in the house with my mother,” and retracts his intentions of marriage. Blanche retaliates, “screaming fire” (150), as she is burned once again by reality. When an individual whose idealistic illusions are rejected by their only hope, they lose the power to reconcile illusion and reality, only descending further into their delusions.

An individual who has repeatedly been hurt by reality, may descend into madness and insanity when the illusions they have tried so hard to conjure are destroyed. Blanche, no longer in the right mind, throws away her attempts to reconcile her inner conflicts after Mitch’s rejection. Through her “murmuring excitedly as if to a group of spectral admirers,” and her “hysterical exhilaration” (151) caused by her alcoholism, it is evident that reality has broken her. In this delusional mental state, Blanche does not need to experience any other shape or form of cruel reality. However, Stanley, a man whose self-perception invokes the disgust he feels against Blanche’s ideologies, rapes her, in his effort to dominate and control her existence. His “deliberate cruelty” (157) ultimately snaps away any of her remaining sanity, as he utilizes the vulnerability of her perceptions. Blanche, as a being who has lived in pursuit of securing her illusions in order to escape the cruel reality around her, is unable to reconcile the external forces that gradually degrade her.  Through this scene, the author demonstrates the victory of reality over illusion, and how madness results from the two irreconcilable forces. Now, as an individual whose reality is too hard to accept, Blanche throws herself into living completely in illusion, disregarding any semblance of reality. While utilizing Blanche’s illusions of Shep Huntleigh’s offer of companionship, the Kowalskis force Blanche to an asylum where she “walks on without turning,” (178) demonstrating her irrational self-perception which leads to her permanent retreat into illusion.

In conclusion, when a vulnerable individual is exposed to the harsh characteristics of reality, said individual may be unable to reconcile the conflict between living in fantasy or overcoming truth. An individual who perceives these two forces as irreconcilable, pursues illusion continuously only to shatter against the weight of reality. In the play, A Streetcar Named Desire, Tennessee Williams explores this idea through the self-perceptions of Blanche, and the cruelty of men around her.