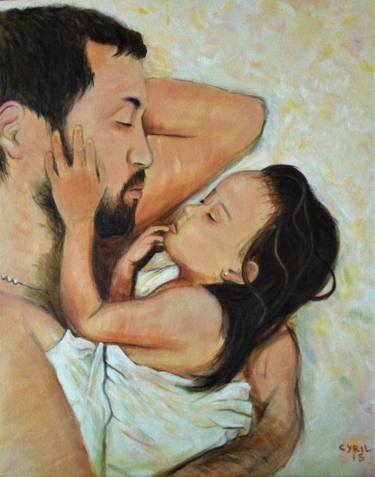 Responding to the excerpt “From Julia”

Prompt: Discuss the ideas developed by the text creator in your chosen text about an individual’s capacity for self-sacrifice in the face of compelling circumstances.

My father has had a life full of self-sacrifice – enough to fill the globe with the tears I shed for his story. From the aftermaths of the Vietnamese War rose his family’s need to flee the country for a better life. Through his wistful words I learn about my aunt’s immigration story; widowed and pregnant as she rides by boat to Canada, and eventually is able to sponsor my father to this new land of colour and safety.

When he was 12 he moved halfway across the world to achieve his family’s hope for safety and prosperity – only to face other circumstances he had not before. Bullying, racism, and discrimination were against him, and yet he pulled through it all, unflinching and resilient. My father’s capacity for self-sacrifice is limitless; it is the boundless love for his family that motivated him to move. In a foreign country, language was a barrier, and as a result, it was up to him – as a mere teen – to deal with any papers, schoolwork, and chores. His younger years were full of his decisions to sacrifice his time to help his family.

In Canada he not only sacrificed so much for his family and helped them to be successful, but he also pursued his education and became an engineer. His capacity for self-sacrifice but also his personal success was boundless. Although he was successful, and when he decided to start his own family, circumstances weighed him down. His other sister’s husband had passed away in a fishing accident, leaving her alone to handle the small family business. Around this time, he chose to sacrifice the engineer job he had worked so hard for to take over the bakery business. I cannot imagine his capability to go to post-secondary school with the circumstances he was in. He is the only one in his family to complete further education. And yet, he quits his job to work in labour. However, he said that he didn’t like his engineer job anyway; there was an abundance of racism in his workplace. Despite his circumstances of just becoming a father, he transformed from an engineer to a baker, working endlessly to learn the techniques of baking oriental goods – a craft he mastered, but does not love doing. Night shifts, early wakings, and taking care of his twin baby daughters demonstrates his capacity for sacrifice. So please, father, believe that you have been better than a good parent to me, you have done something important; you are not just my father, my mentor, and one of my closest friends – but you are also my hero.

To this day, he gets up to work the job he hates, coming home with sore feet, nicked arms, and an exhausted expression. He said it was his blood and sweat money. Despite this, he said to me one day, when I was helping out at the bakery, “No, I am not suffering because everything I do is for you. Why would you think I am suffering?” I started to cry, helpless and vulnerable due to his unrelenting amount of sacrifice as I realized the volume of his love. It is his love that pushes him to sacrifice his body. “Daughter, don’t cry for me. Stop the tears. We must finish the work now.” He half rose from his chair, and I went toward him with tears I couldn’t stop because I felt his sincerity. I can only do today what I can do today and today, once again, he did it for us. I will pay for that in gratitude tonight and tomorrow and the day after that.

In the future, I want to lessen his tendencies to sacrifice himself. In one way or another, I want to help.  As I grew up and learned more of his story, I learned I wasn’t the only person who has suffered here. After all, the child I had been was self-centered and ignorant when he wasn’t home a lot of the times. Due to my father’s hard life, he is strong and tenacious, but he does not want me to live the same way. He is always telling me to get a good education, a good job, and to not let other people talk us out of our dreams. My father, the man who has sacrificed so much has no limit to his capacity to love despite his heavy circumstances.