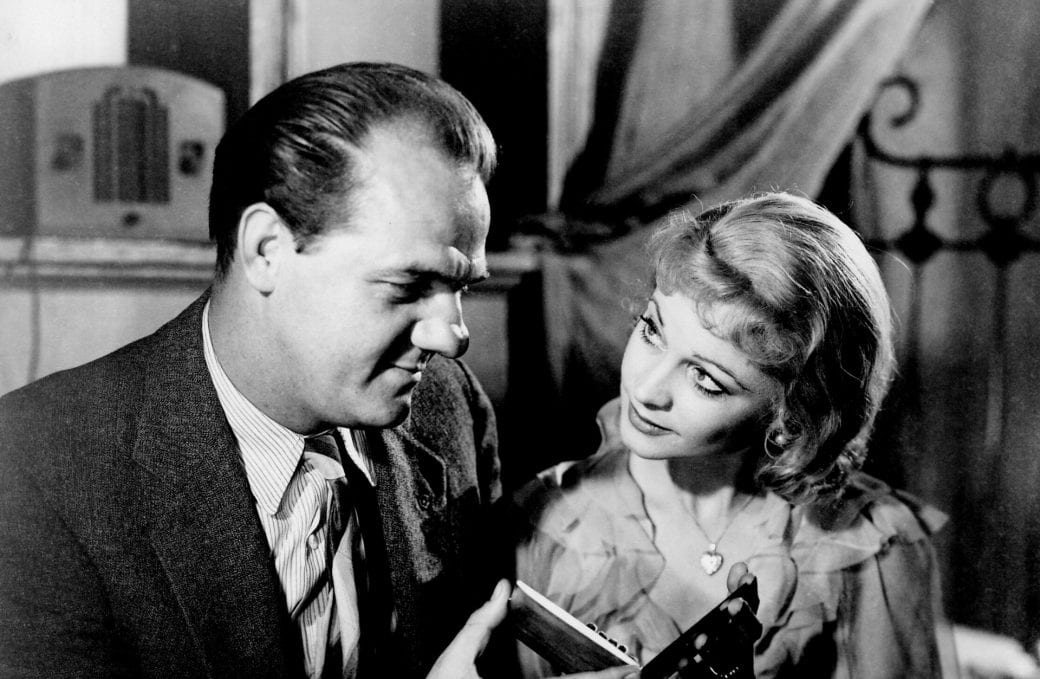 Dependency on Others and Illusions to Compromise Happiness

“…the ways in which individuals pursue or compromise their happiness”

Attempts to establish a long-term state of satisfaction in one’s life, happiness, may be accomplished through being truthful to one’s reality, and acting in accordance with one’s reality. Alternatively, an individual who attempts to reclaim a lost happiness often does so in the form of illusions, illusions unfaithful to their harsher, unhappy, reality. However, said illusions may only be maintained if others reinforce their illusions – a dependency on others for one’s happiness compromises an individual’s ability to control their state of contentedness with life, and therefore, happiness. Such notions are demonstrated in Tennessee Williams’ play, A Streetcar Named Desire, in which the troubled female protagonist, Blanche Dubois, depends on others to reinforce the illusions she has created for herself, and thus her happiness.

When re-establishing one’s happiness, a troubled individual may choose to reinvent their unsatisfactory past so as to create a foundation onto which their happiness, albeit resulting from falsifications of the truth, may be built. Blanche Dubois can be seen to do this, as she moves from Laurel to Elysian Fields – a move incited by her unhappiness and poor-actions in, and subsequent expulsion from, Laurel. Blanche justifies this move to her sister and brother in law, with whom she is staying with in Elysian fields, in saying “..I was on the verge of – lunacy…I want to be near you…I can’t be alone! Because as you may have noticed – I’m – not very well.” (15-17). It appears that Blanche moved to regain her happiness, lost from exhaustion in Laurel, by being with her family. In reality, Blanche was essentially exiled from Laurel – she is establishing the foundation of her illusions in which she “can’t be alone.” Blanche’s reputation became tarnished after the death of her husband, which resulted in her inappropriate affair with one of her students as well as her many “intimacies with strangers.” (146) Blanche attempts to reclaim her lost happiness, due to her actions in Laurel and death of her husband, by creating illusions in Elysian Fields – these illusions, likened to her happiness, are only effective if those surrounding Blanche reinforce them, hence her “fibbing” about why she came to Elysian Fields. Stella Kowalski, Blanche’s sister, can be seen to do so, although her husband, Stanley Kowalski, does not believe in Blanche’s retelling of her past and her innocent Southern charm. When alone with Stanley, Blanche soon recognizes that Stanley “[does not] go in for that stuff” (38) referencing the illusions that she attempts to uphold. He prefers to find satisfaction in truth, in reality. This can be evidenced in Stanley’s vigorous search for the bill of sale of the mansion that Blanche says she has lost – this is indicative of the fact Stanley does not believe what Blanche says, does not believe in her illusions she tells as truth. Blanche is unable to find happiness in the Kowalski home as her illusions, intended to promote her happiness, are not revered by all. Thus, when one’s established illusions, in pursuit of happiness, are not reinforced by those said individual is surrounded by, they must seek other companionship in support of their illusions, their happiness.

Those who seek to reclaim lost happiness in their ideals often become reliant on those that have been charmed with their illusions. As such, one depends on others for their happiness as showcased through Blanche’s relationship with Stanley’s friend, Mitch. Blanche separates Mitch from all other men in Elysian Fields, drawn to his “sensitive” nature – it is this sensitivity that allows Blanche to connect with Mitch, and thereby feed him her facade of a pure Southern Belle. Mitch’s belief in Blanche’s illusions support Blanche in her pursuit of happiness – as they bond over those they have loved and lost, Blanche is at her happiest state, given the illusions she maintains for herself – Mitch provides the security and reinforcement of her ideals imperative to her happiness. As her illusions are reinforced by Mitch, her happiness, along with her dependency on Mitch for said happiness, increases: she “need[s] [him] [a]nd [he] need[s] [her] too.” (116) It is only when the truth of Blanche’s past comes to light that the dependency she has created on Mitch is seen to compromise her happiness. In Mitch’s confrontation of Blanche regarding her past, Blanche responds vehemently to the demands for truth: “I don’t want realism. I want magic! I don’t tell the truth, I tell what ought to be the truth.” (145) Stanley, in pursuit of the Blanche’s truth, comes to learn of her history in Laurel – her unhappy truth – and tells Mitch of it. In doing so, Blanche’s illusions, her “magic,” and her relationship with Mitch falter. No longer can she maintain her facade of purity – what ought to be the truth, nor can she rely on Mitch for her happiness – after learning of Blanche’s true past, Mitch disregards any previous inclination of marriage that he had with Blanche, stating she is not “clean enough” (150) to bring into the house with his mother. In the destruction of her illusions, Blanche has again lost contentedness: because of one’s dependency on others to reinforce the illusions imperative to their happiness, an individual only compromises their happiness by attempting to pursue satisfaction without an accountability to reality, or their own truth.

The ultimate compromise of happiness is therefore imminent as one loses those they relied on to pursue their illusions and achieve happiness. Regarding Blanche’s dependency on others for her happiness, as they reinforced her “make believe” (120) past and ideals, it is evident  that Blanche’s reliance on Mitch was proportional to her ability to pursue happiness. Ironically, however, it was this dependency that ended up compromising her happiness, as well as sanity. Before being sent to a mental asylum, as Blanche is unable to deal with her broken illusions and is not content, she is seen to be in hysterics, and then morbidly calm once the Doctor offers her his arm. Because Blanche has “always depended on the kindness of strangers” (178) regarding her happiness, she sees her illusions yet again fulfilled in the simple action of the Doctor offering her his arm. To Blanche, these “strangers” offer an opportunity to re-establish her sense of self through illusions. Their kindness, in response to Blanche’s innocent and pure affectations, is what Blanche needs to be happy – in offering her his arm, the Doctor perpetuates the “magic” that Blanche so desperately wants to preserve for the sake of her happiness. As such, Blanche’s happiness is again in the control of others in their going along with her illusions. This cycle of lost happiness, to the creation of illusions, and resulting dependence on “the kindness” of others, to lost happiness again is formed out of the necessity of one to pursue happiness through ideals and a reliance on others – happiness is not sustainable in this manner, more often than not it is compromised.

It can therefore be determined that when a troubled individual attempts to pursue happiness out of idealism and the reinforcement of such ideals through others, they will only distance themselves further from happiness, compromising their ability to achieve long term happiness. This can be seen through the play A Streetcar Named Desire, as written by Tennessee Williams, in which the main character, Blanche’s, pursuit of happiness through the externally enforced illusions only leads to greater unhappiness. Blanche’s demise, from her facade of a pure Southern Belle to a state of madness can be attributed to her dependence on others and her illusions in order to find happiness. Thus, utilizing illusions and others to reinforce such illusions by those seeking to reclaim a lost happiness is unsuccessful in doing so – happiness rooted outside of one’s truth, and the truth of their circumstances, will forever be unattainable.