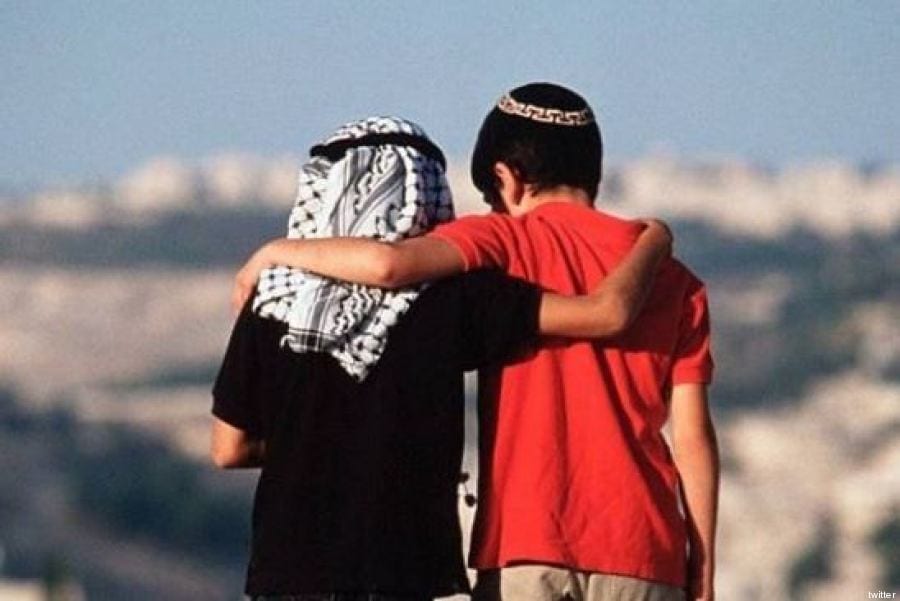 The following poem is the Israeli-born Dan Almagor’s We Shoot Children Too, Don’t We, which was written in the wake of the First Intifada during the Israeli-Palestinian conflict. It was a Palestinian uprising against the Israelis that broke out in 1987 and lasted until 1993,  in response to the brutal injustices committed by the Israeli military while occupying Palestinian territory. Having claimed over two thousand lives, many of which were children, the First Intifada continues to haunt Israel and Palestine to this day – it is to their children that I dedicate my poem, which follows immediately right after. It was written in response to the prompt: Discuss the ideas developed by the text creator about an individual’s attempt to reconcile the desire to act independently with the need for security. (June 2005)

We Shoot Children Too, Don’t We
Dan Almagor

Most of these people truly desire
To harvest their olive trees
As they have for hundreds of years.
Most of these people truly desire to raise their kids
Not to throw stones
Or Molotov cocktails,
But to study in peace,
To play in peace,
And to raise a flag.
Their own flag.
And facing that flag, to cry
As we did, that night, then, excited as we were.
And we have no, have no, have no
Right in the world
To rob them of this desire.
This flag,
These tears.
These tears, which always, always
Come after all the others.

Let us start preparing our defense.
We will need it soon enough.
All those who actually did it,
And those who still do.
And those who hushed it up,
And those who still do.
And those who said nothing,
And those who clucked their tongues, saying
“Something must be done, really;
(But not tonight. I have a concert,
A gala,
A birthday!)”
Yes, we’ll all get our summons one day
For the Colonels’ trials.
The Colonel’s trials are coming,
Their time will come, it must be so.
The trials of the Generals, the Colonels,
The division, the battalion,
And the platoon commanders.
There is no escaping it.
This is how history works.
What shall we say?
What will the Colonels, the Captains, the
Corporals say?
What will they say
Of those terrible beatings,
The brutality,
Of houses blown up,
And most of all, the humiliation.
That humiliation.
Of patients forced to wipe the writing
off the walls.
Of old men forced to take down a flag
From an electric pole,
Who were electrocuted, or fell
And broke their legs.
Of the old water carrier
Whom soldiers ordered off his donkey
And rode on his back, just for fun.

Mean, arrogant, and dumb.
Who do we think we are?
Who gave us the right
To be so deaf, so dumb?
Ignoring the obvious: They are as human
As we are, as we are.
At least as human as we used to be
Only forty-one years ago.
No less diligent, no less smart.
As sensitive, as full of hope.
They love their wives and children
As we do, no less.
And our children now shoot theirs
With lead, plastic bullets, and gas.

The Palestinian state will come to pass.
It will.
Not a poet wrote this.
History will.
And seasons may come, and seasons may go,
And life goes on as we very well know.
Weddings, and births, and deaths all the same-
But just the shame of it. The shame.

Though the Olive Tree Weeps

Run away with me.

To wrestle with angels and count the stars
which, though flickering, still shine for a promise kept
when, to Abraham’s ear, God did whisper
your name and mine.

Ours is a destiny written in the stars,
a faithful vow to be as numerous as the stars in Heaven,
or the sand on the beach of some distant shore.

Far away from here.

Come away with me.

If only you knew
the way I toss and turn each night,
the shivers I can’t stop,
enough to stir even the ghosts
sighing in their sleep.

Your name, over and over,
in God’s ear I whisper
the words, the letters, the sounds
that make up your face – olive and blood-streaked
roses dashed against a stone.

Does He hear what I pray
when, against my better judgement, I pray to keep you safe,
on this night and every night,
in this place and every place.

But your blood is mine,
and mine is yours.
So the blood that gushed from your side,
is it yours or mine?

The angel, mid-air, refusing
Abraham’s arm did stall,
yet it plunges now into my heart–
a bullet for a dagger.

No ram for the sacrifice.

No bread to be broken.

Just you and me.

I am Isaac and you are Ishmael.

Except the angel did refuse to stay,
for us, the arm of Abraham,
whose blood courses through my veins
and spills out from yours.

I am the lamb of the Pesach,
you of Eid al-Adha.
Our blood is smeared on every doorpost,
sprinkled on every lintel.
Thus, we lie here, still, no better than a first-born son of Egypt.

Like this, frozen, we lie face-to-face.
Though the olive tree bends
to weep and hear your whispered prayers,
we shall not sleep.

For though we live, and we die, in godforsaken places,
we follow angel footsteps to witness where they’ve trod.
Untrespassed ground, my door is left unstained.
Death won’t pass us by tonight.

So call me by your name
and I will call you by mine.
I am the son of Ishmael.

So, Son of Isaac, will you take my hand? 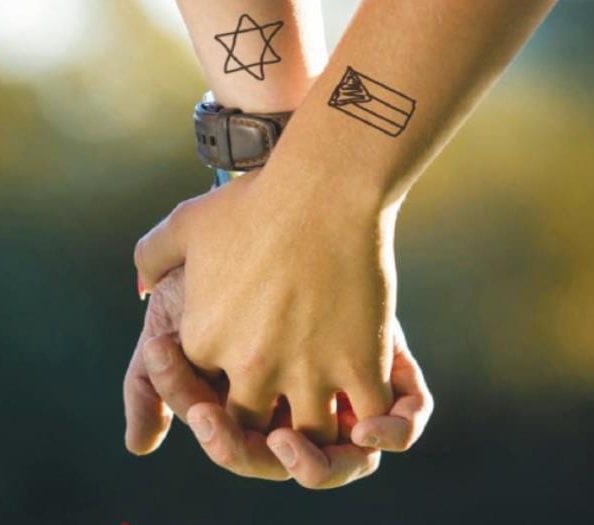