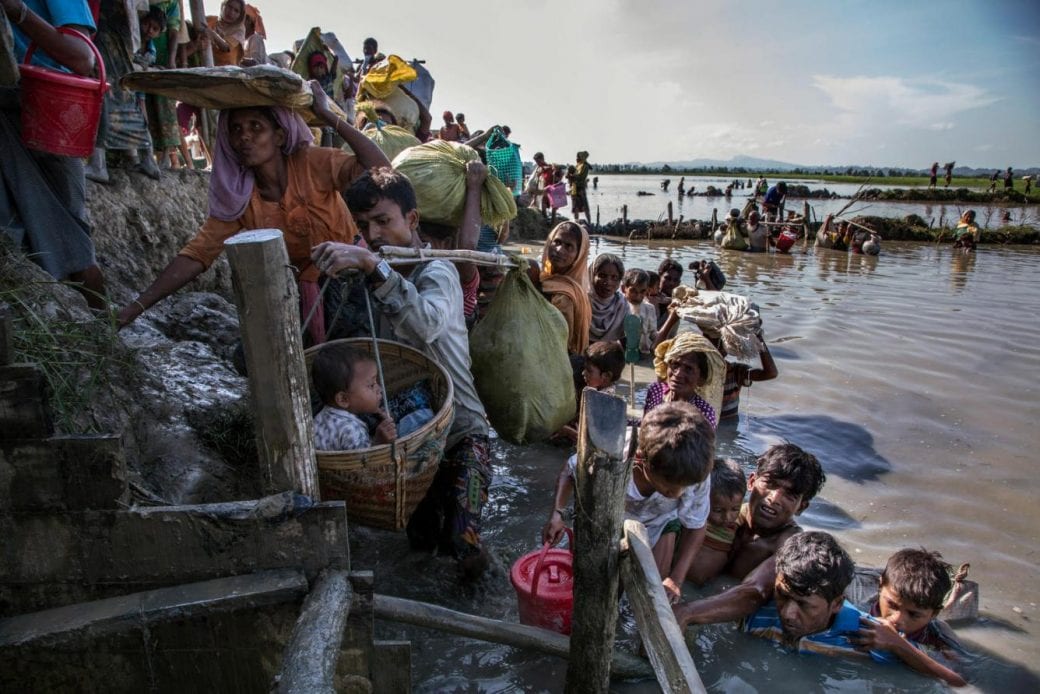 Note: I am in no ways a journalist, nor am I an expert on international law. This blog is not meant to undermine the significant work reporters are doing for this crisis; it is a summary of some key events and a commentary, and the facts I reference in it draw from the UN “Report of the detailed findings of the Independent International Fact-Finding Mission on Myanmar” (the full 444 page report) and the “Report of the Independent International Fact-Finding Mission on Myanmar” (a condensed 20 page report of the main findings) or major, generally reputable publications (all sources are listed below).

This isn’t the first time we have said it. This near-universal cry of outrage and mourning for the victims of genocide epitomizes the general reaction of the world after such atrocities.

To say “never again” is a lie; our history is full of failures to uphold this commitment. The Rohingya Crisis is one such example.

I don’t think I could do this blog justice without telling as much of the story as I can, so let me start with the country. 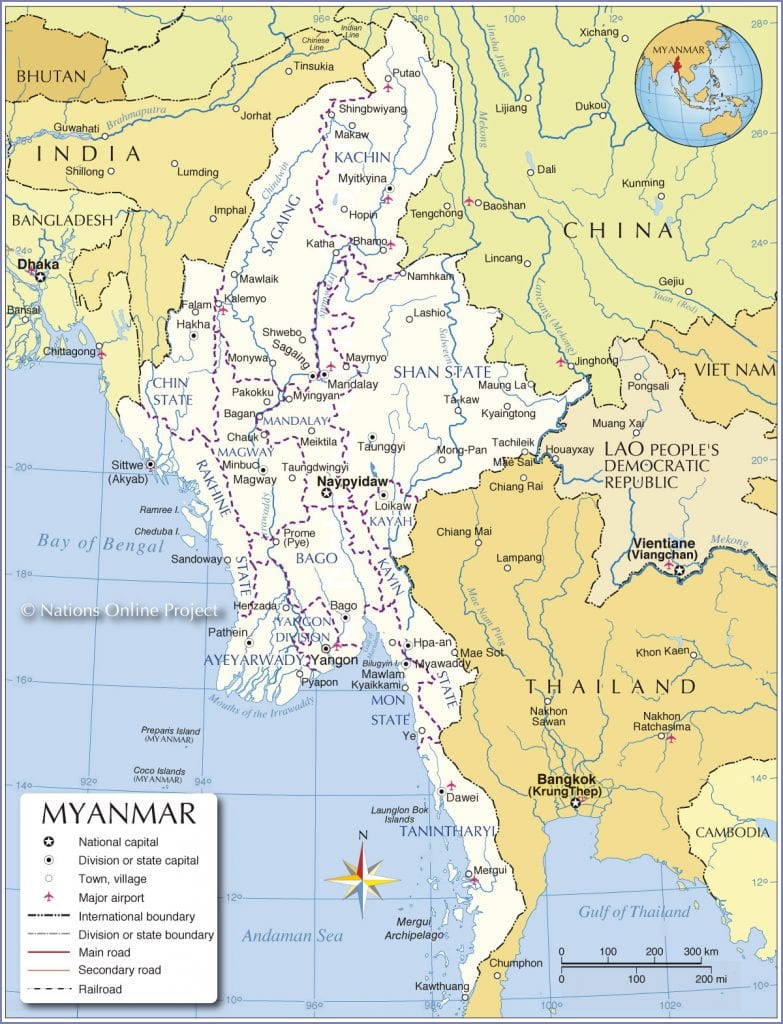 Myanmar, since 1962 (before that, it was a British colony), has been led by a series of military regimes; the military’s abuse of power is largely considered the major obstacle to having democracy in the country.

Even after the adoption of a new constitution in 2008, the military (called “Tatmadaw”) continued to exert significant control over the government and is largely unaccountable; investigations carried out by the government into violence in the Rakhine state—where the majority of those in the north are Rohingya Muslims and the poverty rate is significantly higher than the national average—are widely considered by the international community to be a farce.

This is because, since independence, tensions between the several ethnic groups in Myanmar have been growing—those who are not part of the 135 “national races”, including the Rohingya, are considered outsiders—and the Tatmadaw has used these conflicts to justify its power, thereby painting itself as the creator of a unified nation.

However, as the UN fact-finding mission reports, the “conflicts indicate that the nation-building efforts of the military have failed: there is no unifying “Myanmar” national identity and resentment against Bamar-Buddhist [the major ethnoreligious group in Myanmar] domination has only grown.” An increase in Bamar-Buddhist nationalism has led to an increase in anti-minority (and specific to this blog, anti-Muslim) rhetoric; the Tatmadaw has been able to capitalize on this nationalistic sentiment through armed attacks against minorities in the name of “protecting” Myanmar.

Of course, to those of us outside Myanmar, the threat level of just 4.3% (the percentage of Muslims in Myanmar according to the 2014 census) of the overall population of the country clearly seems to be extremely exaggerated.

But this fear is deep-rooted; around the time of Myanmar’s independence, a separatist movement was started by some Muslims in Rakhine state (at the time, they did not call themselves Rohingya, which only exacerbated the suspicions about their identity), leading to the establishment of a jihadist guerrilla group that carried out attacks until 1961.

An attack that echos this history occurred on October 9th, 2016, by the Arakan Rohingya Salvation Army—an insurgency group—on three border police posts, killing nine people and sparking the outpouring of violence that has led to the release of the UN report on the situation. Lingering resentments and the belief that “illegal Bengali immigrants” have been draining the country of resources still persist.

I think the effect of the genuine fear and disdain people hold towards the Rohingya is easily lost on us “Westerners”. But this mindset does not just dissipate; it manifests in atrocious actions against the Rohingya and other minority groups.

Testimonies indicate that villages have been burned. People have been raped, abducted, tortured, and over 700 000 individuals were forced to flee to Bangladesh as refugees. Ten thousand dead is a conservative estimate, according to the UN report.

The Rohingya are people, but they are not treated as such because of their religion and ethnicity. After they were completely stripped of citizenship in 1982, they were not able to lead “normal” lives, all because of two names—“Rohingya” vs. “Bengali”—that are at the core of this conflict.

It took much, much too long, but at last this situation is considered a genocide. The UN recommends the top military generals of Myanmar should stand trial before a tribunal or the International Criminal Court.

So what have we—Canada and the rest of the world—done in response to this?

Let’s start with Myanmar’s State Counsellor, Aung San Suu Kyi. She had been hailed as a champion of human rights and won the Nobel Peace Prize in 1991—in 2016, she became the de facto leader of Myanmar, and the international community was expecting democratic reform in the country. 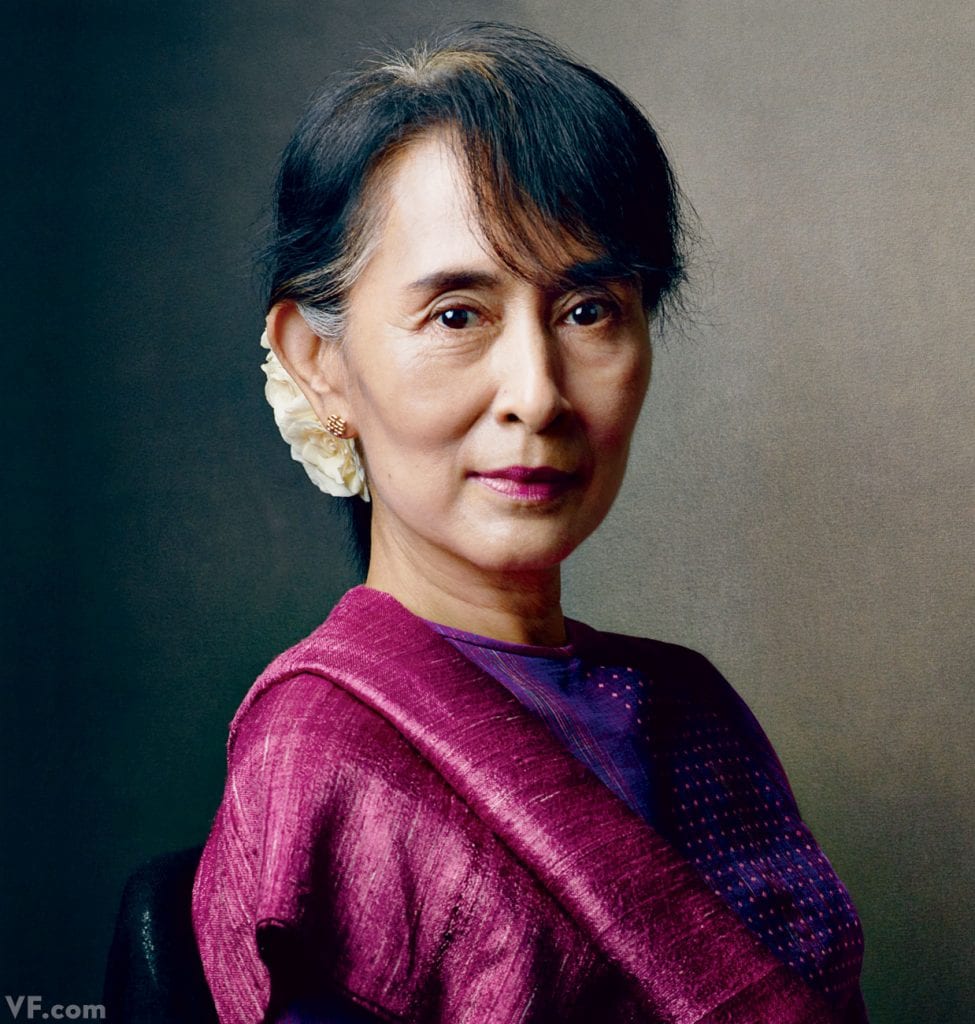 In light of current events, though, it seems “The Lady” has collapsed under the pedestal we put her on; the same human rights activists who had once applauded her for her commitment to democracy have criticized her—and rightfully so—for her silence on the Rohingya and the jailing of two Reuters reporters who had been investigating the situation.

A couple weeks ago, the parliament and the Senate revoked Suu Kyi’s honourary citizenship; Senator Ratna Omidvar called her “complicit in stripping the citizenship and the security of thousands of Rohingya, which has led to their flight, their murder, their rapes, and their current deplorable situation.” Her Nobel Peace Prize, however, will not be revoked.

But all of these symbolic honours hardly mean anything at all; a “stern condemnation” is useless without consequences. The UN Security Council may impose an arms embargo and enact sanctions against various military commanders; as of right now, Canada and the EU have already targeted seven people involved in the crisis with sanctions. In terms of humanitarian relief, the UN Refugee Agency and UNICEF have been supporting those in camps in Bangladesh with shelters, food, medication, and water decontamination kits.

Overall, the situation is rather precarious, both politically and humanely, and we will have to see if the Security Council takes action and how Myanmar’s government will react to international scrutiny.

But in the meantime, I hope the world keeps its attention on the Rohingya.

Turning a blind eye to such issues does nothing to solve the crisis; we cannot become complicit in this crime like Suu Kyi became—if we do, we will lose our moral standing, and once again allow the powerful to destroy the powerless.

And if we truly believe in the human rights we claim to revere, acquiescing to such bigotry would surely make us hypocrites.

As much as we may feel comfortable sitting on our high ground in Canada and tut-tutting at the people responsible, we need to remember that promise we made, the one we have consistently failed to uphold. 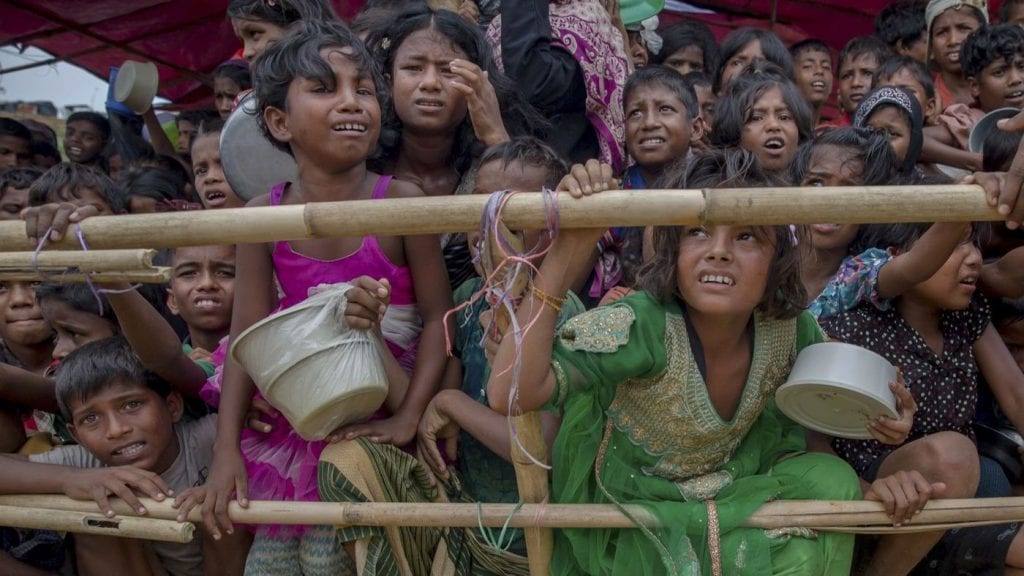 “Never again” may begin with giving the Rohingya citizenship and equal rights, and will exist in the way the international community attempts to untangle both the grievances of this community as well as those of the people of Myanmar as a whole. We also must address the trauma Rohingya children have faced, and provide them with an education so they do not become a “lost generation”.

Essentially, there are several issues at hand and none have perfectly clear solutions yet. Lacking a perfect answer to these problems is not an excuse to turn away, however; we cannot let ourselves or the people in our country who hold power look away from genocide like we did in the past. A willful ignorance of the plight of these people will turn us into accomplices in one of humanity’s worst crimes.

I can only implore you now to remember the Rohingya. Time has shown that victims of ethnic cleansing are forgotten when they need help the most.

Please. Let us say “never again” and mean it.

Thank you for taking the time to read my blog.

You can donate to provide relief to the Rohingya in Bangladesh with UNICEF here or with the UN Refugee Agency here.

If you are interested in this issue, I’ve included all of the readings I did as well as the UN reports below.

Global Asia (this provides a particularly in-depth look into the situation, but is not as recent):

UN Convention on the Prevention and Punishment of the Crime of Genocide:

Reuters (the story of the jailed journalists is definitely worth reading):

Canada and the crisis in Myanmar’s Rakhine State: