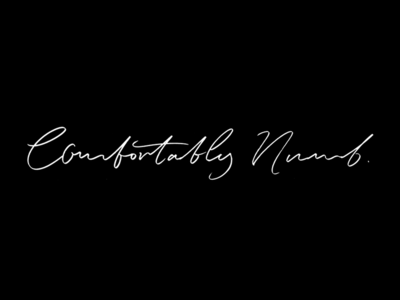 Maybe Elsa was onto something…

Feel a passion for invisibility, be a fly on the wall,

the pitcher’s ear, the child in the corner

with his eyes clenched. Like a dog going round

and round, you circle a space you’ve come back to,

trying to find some comfort, something that says

you’re at home now. Pray for the enlarging hush

of the owl’s ear, the hawk’s high wide-angle lens

been weeding his potato drills. He stops and sits

on a rock for a cigarette. The sun has been shining

for days and days. It’s a gift, he tells you.

A solitary thrush, with his heart in his mouth,

performs a dozen songs at dusk, none finished,

as if it were just himself and the world. Such

in late daylight: you see the beak open and close,

shivering into music. Wrapped in the spider’s

winding-sheet, a bluebottle makes another music,

sawing the room in half: you note, till it stops,

each repeated live driving note. When you throw

open the door, the scent of fresh-cut grass swims in

alone in a powder-blue sky: a bright dense body

dependent on nothing. Stand back from nothing:

pussyfoot no more from the crux of the matter: you

must travel at the speed of light, not looking back.

Discuss the ways in which individuals deal with uncertainties of the past.

Nostalgia. A sensation capable of bringing forth sweet memories of the past when linked to horrendous moments, however, can quickly turn sour. Now more than ever, individuals have become increasingly comfortable with easy access to any knowledge they may require as technology has expanded. It is no wonder, then, that when faced with aspects of one’s past that are faded and uncertain one is met with panic and discomfort. When we dwell in our discomfort, however, progression and growth are hindered since we are unable to properly address the uncertainties of our past. Eamon Grennan’s Itinerary addresses the opposite as it encompasses the inconsistency of emotion that comes about when one is courageous enough to face grey areas of the past.

Whilst attempting to overcome the aspects of one’s past which are not definite a sense of nostalgia comes about but is short-lived as it is closely followed by weariness. Itinerary relates greatly to this notion as it allows readers to experience the sensation of nostalgia through Grennan’s use of imagery and numerous shifts throughout the poem. In a somewhat paradoxical manner, Grennan, through his use of shifts in the poem, emulates the discomfort to follow.  The wistfulness of nostalgia is first created through the use of imagery when it is stated “the child in the corner/ with his eyes clenched.” The naivety that came about with childhood is effectively conveyed allowing readers to reminisce about the simplicity of discontinuing conflicts by shutting one’s eyes that they once had.

The sweet remembrance of childhood is brief as the poem develops when Grennan describes a dog running in circles to relate to one’s pursuit of the comfort and security of home. The mood of the poem changes uncomfortably as the suggestion that one can tire themselves out seeking something that was beneath them all along begins to settle. This feeling, too, does not last long as yet another shift occurs when the relater begins to discuss “your friend.” Through the imagery of a friend “[sitting] on a rock” and of the sun shining, the gentleness of nostalgia is restored. The poem continues in this pattern representing the fragmentation and confusion that is remembrance and attempting to overcome aspects of one’s past that are unsure. This pattern is interrupted with description of a fly (a bluebottle) wrestling to release itself from the confines of a spider web bring the relater back to present. This, aside from acting as an affiliation of past and present, subtly conveys the overwhelming strain that comes about with uncovering parts of one’s past. Further, it represents the fact that when attempting to overcome and understand the uncertainties of the past one allows themselves to become further trapped and intertwined within the very uncertainties that they were attempting to uncover.

Through Grennan’s use of shifts and imagery – replicating the complexity of emotions that is reminiscence- I was able to find great truth in the poem. Being a very nostalgic person I find it hard to let go of the past sometimes and I could relate to the emotional highs and lows of going through old photos or messages. When reflecting on the poem as a whole, taking into consideration the title, I realized that as I attempt to understand my history I had to relinquish whatever my expectations of what my history should be, regardless of what that may have been, in order to fully overcome the aspects that I was unsure of. The expectations I had of my past and how it should impact my present resulted in more disappointment that necessary when I was faced with the reality; thus, diving into my past without expectations of how things should play out allowed for greater understanding without quite as much discouragement.

For example, when I ran into an old friend (for lack of better word) who I had not been honest with about the manner in which they had hurt me I was consumed by terror and rage upon the sight of them. The moment they attempted to lay their hand on my shoulder to say “hi” I wanted to crawl out of my skin; I quickly remembered the reasons I cut him out of my life. My expectation that our old relationship would fail to have an impact on who I had become led to greater sadness than it was worth when I had to face him, as well as our past, again.

Further, I was able to relate to the relator’s “passion for invisibility” from the onset as I do not like addressing my issues. I would much rather pretend that they do not exist; if something isn’t real it doesn’t really have the power to hurt you. Moreover, when the reference to being a child came about I was flooded with the fondness of nostalgia without the actual memories. This is to say that I do not recall much, if any, of my time as a “child.”Be it through repression, simply forgetfulness, or a tragic combination of both, I had few memories linked to the sensation.

As the poem progressed, however, I was able to realize the manner in which I manage the uncertainties of my past – emotional outbursts. The sweet imagery of a conversation with a friend brought forth memories of being filled with rage or sadness while being vulnerable about my past. While being open with the parts of my timeline that I never had been able to say out loud, hearing them terrified me enough to lead to hysteria. They’d been unaddressed for so long that I failed to realize that the experiences were in the past and incapable of hurting my present self.

As I thought more and more on this I realized that my inability to express truths of my past allowed me to relate to the “bluebottle” in the poem more so than I ever thought I’d be comfortable. The more I talked about my past the more it had a hold on me. Forcing myself to relive, at times, painful memories was like torture and the more I attempted to relinquish myself of them, like the fly attempting to escape the “spider’s winding-sheet,”  the more they began to consume me and took all I had. Despite all this, I was able to find some hope at the end of the poem when Grennan writes, “… pussyfoot no more from the crux of the matter,” the sentiment of overcoming fear gave me hope that I may someday too be able to face the uncertainties of my past authentically and fearlessly.

Due to this, my aim in relationships is to form a connection with the other person to a point where I am not fearful of being intimate about who I am.Though I continue to work on it, I am untrusting at times so I do my best to ensure that the people in my life know that they are able to trust me with whatever they may be battling with – though I may not do the same. Reminiscing on and addressing the uncertainties of my past bring with it the sweetness of nostalgia and the intolerable bitterness of remembrance; however, if I continue to avoid managing the aspects of my life that I am unsure of I will never be able to experience either.

Credit Where Credit Is Due: