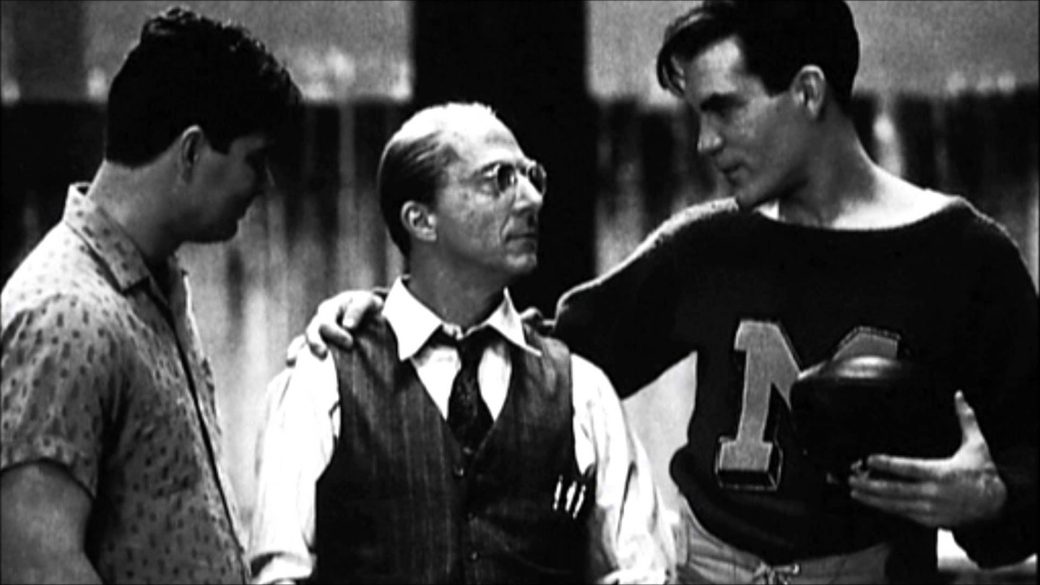 *This is the polished version of the cold critical we had done in class. I believe that my polished Hamlet critical is better than this one, I just posted this as I am struggling with it and am looking for extra feedback as well. Thanks.

Responsibility for One’s Self when Lacking Identity

“Discuss the ideas developed by the text in your chosen text about the ways in which individuals take responsibility for themselves or others.”

Within familial relations, young individuals look up to those they respect. Through this, they can be seen to have the same aspirations and future ideals of their role model, as depicted through Biff and his father’s relationship in Biff’s youth. Initially, Biff is portrayed through Willy, his father’s, fond memories of him – a popular remembrance is one in which Biff says he will score a touchdown for his father, as Willy recalls “Like a young god. Hercules—something like that. And the sun, the sun all around him. Remember how he waved to me? Right up from the field with the representatives of three colleges standing by?… God Almighty, he’ll be great yet. A star like that, magnificent, can never really fade away.” (Miller, 51 ) Due to the fact that Willy was so idolized in Biff’s eyes, and Willy likewise believed in great things for his son, Biff lacked an identity of his own –  his own personal aspirations and desires for his future aligned with what Willy expected. Willy’s delusions were also inherited by Biff –  Biff was to become a salesman, and a “great” one.  However, it is through the destruction of this idolization that Biff becomes cognizant of his lacking identity and therefore lacking responsibility to himself. When he had failed math, Biff had decided to go to Boston to visit his father – in his high perceptions of his father, he had believed that Willy would be able to talk Mr. Birnbaum out of “flunking” him in math. Instead he arrived to find that his father was with his mistress – all ideals and influence that his father had on Biff were now corrupted; Biff, with no identity other than that of conformity, is left distraught and  now with no certain plan of the future. Hence, the ability for one to determine their own future, or take responsibility for themselves, relies heavily on their own accountability to themselves and the influence of those they respect. However, when one lacks their own identity or accountability to themselves due to their dependence on others, their future becomes uncertain when said influences are seen to be corrupted.

When lacking their own identity, one is unable to take responsibility for themselves, and therefore, is unable to determine their own future. As such, they revert back to their dependence on the influence of others, allowing others to take responsibility for themselves. Fifteen years later, Biff is estranged – he is viewed as “unaccomplished” and “lazy” by his father and society due to the fact that he has not succeeded by eithers standards. However, the realization of his father’s affair allowed for self awareness to arise within Biff. When in his old bedroom with his younger brother, Happy Loman, they begin discussing their hopes and desires for the future, and a means to come by them. Happy has followed through the footsteps of his father, and although he has acquired all that he had  hoped for – wealth, “women,” an “apartment”  – he is still not content with his life. Biff responds, stating that he has “made a point of not wasting [his] life, and every time [he] come[s] back here [he] know[s] that all [he has] done is waste [his] life,” after describing his satisfaction with being a farmhand. (Miller, 11) Through this, Biff indicates the futile dream and delusions that both his brother and father have, and his simultaneous acceptance and rejection of the dream and delusions. Because of the fact that Biff is not accountable to his own truth, his own identity, he is unable to take responsibility for himself, as showcased through his indecisiveness in determining his future. In spite of this, Biff recognizes the fact that he does not want to fulfill his family’s expectations, yet feels compelled to do so due to his lacking identity. It is through this response that Biff’s self awareness, though lack of conviction in this awareness, is apparent. While Biff’s decision to pursue this career, even though he recognizes the futility of doing so, exemplifies his lacking identity and inability to take responsibility for himself,  the hesitation he has in regards to sacrificing his contentedness for conformity and acceptance showcases his budding self awareness. Biff only lacks the  conviction in his self awareness and truth needed to reconcile his past self with his truth, and therefore ability to take responsibility for himself. Although unwilling to associate with Willy and what he represents, Biff  is still unable to take responsibility for himself due to the fact that he lacks conviction in his personal identity – ultimately, he appeases to society and Willy’s expectations, disregarding his own self awareness and desires. It is only when an individual gains self awareness in regards to their identity, and is held accountable to it, that they will be able to forgo all external influences in favour of their own desires; thus allowing one to take responsibility for themselves.

Often times, when an individual has self awareness but lacks the initiative and conviction to follow through with said self awareness, they remain unable to take responsibility for themselves, bound by the expectations of conformity. It is not until they are forced to confront their internal truth, due to their circumstances, that they are able to take responsibility for themselves. In an effort to become the “great” salesman he is expected to be, Biff agrees to have a meeting with Bill Oliver, his old boss when he was a shipping clerk. Under the impression that he was greatly loved by Oliver, Biff and Willy are confident that, not only will Oliver fondly remember Biff, he will be unable to refuse Biff’s sales proposition. Biff’s delusions that this is the case does not allow him to separate his illusions from reality and act on his self awareness, until this is made apparent by his circumstances. In his limited interactions with Oliver, Biff recognizes the fact that he is not a salesman, nor will he ever be –  he then attempts to live through his truth, his identity, by being held accountable to it, effectively taking responsibility for himself. Later, when speaking to his father following the meeting, Biff states that the Loman family “never told the truth for ten minutes in this house!” (Miller, 104) By associating his father with what he did not want to become( “fake,” “phony” ) and then conforming with the expectations of his father, Biff became what an initial accountability to his own identity would not have allowed him to become. Through lacking a sense of identity within himself from his youth, then lacking conviction in his self awareness, Biff allowed others to determine his future. However, Biff was able to regain his sense of identity, his ideas of what he wants to be in the future, when he was confronted by his reality through his circumstances – the meeting with Oliver. By recognizing the delusions that he and his family have been living in, Biff attempts to reconcile this fallacy within himself and his father. It is in this manner, through Biff’s cognizance of his truth and now accountability to said truth, that Biff, with the foundation of his own identity, is no longer is pressured to pursue the dream that his father had. Rather, he is able to take responsibility for himself and determine his own future. If one lacks the conviction in their identity, or self awareness, necessary to separate their delusions (what they have accepted to be reality) from their truth, their delusions will be shattered when contested with reality. It is through this that an individual’s internal truth will be exposed, and one can choose to embrace or reject their genuine identity – only through embracing and being held accountable to one’s identity will they be able to take responsibility for themselves.

3 thoughts on “Polished Critical: Responsibility for One’s Self when Lacking Identity”