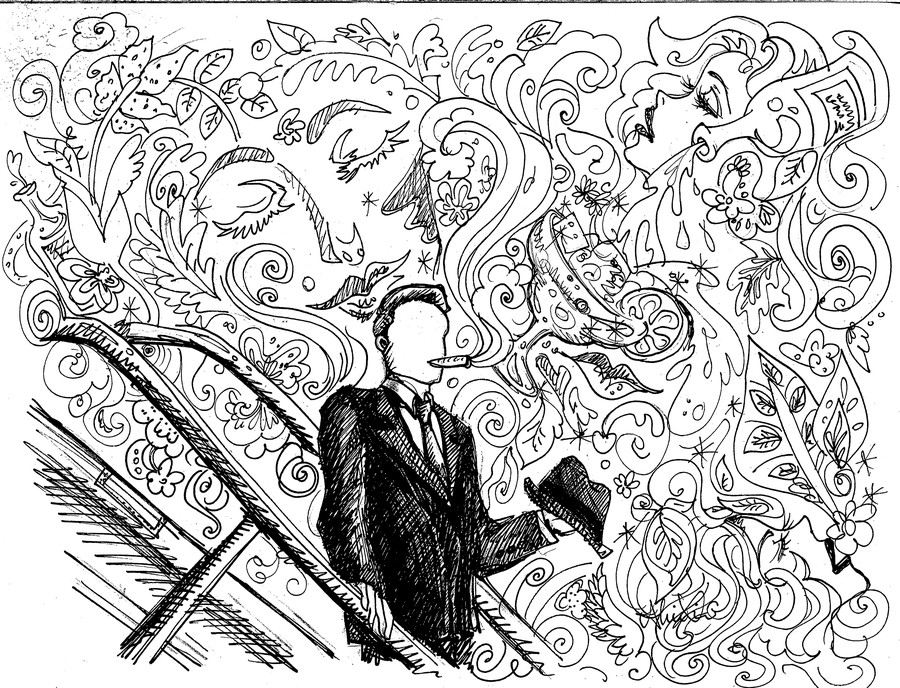 Discuss the idea(s) developed by the text creator in your chosen text about the ways in which individuals take responsibility for themselves or others.

Being a parent can be strenuous and demanding; otherwise rewarding when done right. One should teach their child the important values of accountability and respect, but in order to properly demonstrate those attitudes in the first place, a parent must have it rooted within their own beliefs. In Arthur Miller’s play, Death of a Salesman, Willy Loman, the father figure of the Loman family, struggles to come to terms with himself as well as his son, Biff, due to his inability to take responsibility for his thoughts and actions. Therefore, when an individual cannot accept what is put forth before them- as a result of what they have done to themselves and to those around them, it is impossible to fully live a life of satisfaction.

Due to a blending of his memories, Willy cannot cut a clear line to differentiate between what is the past and what is the present. Subsequently, he experiences hallucinations and dream-like instances of his earlier life and applies them to what would be his final twenty-four hours. As fragments of Willy’s long-lived journey passes by, it becomes known that his behaviour of “blowing hot air” on Biff has been a factor in raising too high of an expectation for his son. He pushes his son to be successful, and dismisses Biff’s decisions of constant theft, fabricating excuses so he can witness his son live the American dream, one that he desired as well. Not only is he not being accountable for how he acts towards his son, but he is not guiding Biff to be accountable for his own actions either. By reflecting on oneself and their behaviour, an individual can develop to be more successful and lead others in the right direction; however, in Willy’s case, a want of being prideful overwhelmed what needed to be done in different instances, therefore losing many chances to essentially redeem himself as a person with respectable traits.

Pursuing the American dream did more harm than good, as Willy lost just about everything and gained nothing. He kept on wanting and wanting, which seemed to be positively ambitious to himself, but in reality, drove him to feel the way he did:  lonely and disappointed in life. This is why Biff calls his father a phony, mostly because his father made himself seem higher than he really was. That ego furthered Willy’s decision to die, not only because he thought that the mortgage would be finally paid with his life insurance, but also because he wanted to show his son what a likable and well-known man’s funeral would look like- where presumably an abundance of people would attend. It is merely a false mindset Willy had, where the more “attractive” looking people would be more successful. The irony in that is that he had nudged Young Bernard (who had helped his son cheat) away due to his appearance, yet, Bernard ended up much more successful than Biff. This also goes against upholding responsibility because he allowed Biff to cheat, which enables him to commit even more irresponsible actions (as shown throughout the play). He was aware of what he had, but it was not enough, and if only he were more present and thoughtfully acknowledged his surroundings, would the story have ended up differently.

Willy doesn’t accept the fact that his son is a dime a dozen. He doesn’t accept that he is a dime a dozen, and blames his wrongdoings or the bad outcome of a situation on an emotion, someone else, on a different situation, but yet never himself. The only prominent moment Willy partially takes responsibility for himself is when Biff catches him with his mistress. However it can be argued that he did not concede the truth right off the bat, and that he only admitted it because he was caught (which is a confession, but not a sincere acknowledgement of responsibility) Therefore as a result, it leads to Biff losing respect for Willy, in which Willy refuses to accept. He retreats to a familiar past to cope with a reality that is too difficult for him to handle, rather than attempting to solve the matter at hand and face it, as a responsible person should. He wishes he could go back in time to when things were better, when Biff made him proud and respected him, when he thought that he could grow a garden and live happily. By constantly resisting what is around him, WIlly influences both his sons, Happy and Biff to do the same in their lives, in which they manipulate reality to find satisfaction or the answers they want.

The perception of success for Willy is unable to be attained due to his fragile and inconsistent state of mind. Through the lack of responsibility in Willy’s values and actions, the Loman family lives in denial, and it can be said that Linda is the only presently grounded individual in the house. It is impossible to be content with Willy’s circumstances if he only strives for something greater than he already has; however, more often than not, it is better to find and acknowledge the goodness in what his current situation offers. Arthur Miller demonstrates that when an individual does not hold themselves and those close to them accountable for their actions, it is a tragic flaw within their personality that brings about the negative impact of criticism and judgment to and from the people around them.

4 thoughts on “The Death of Low Man – Polished Critical”