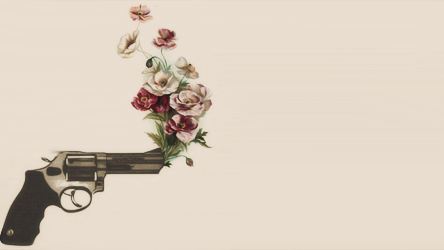 This poem is inspired by Allen Ginsberg’s “Howl”. It is quite “disorganized” and one can even describe it as a poem constructed of 3 enormous run on sentences. Overall, his poem is about how he has been a witness to “the best minds of my(his) generation destroyed by madness, starving hysterical naked,-” In a way, I’ve emulated the format that he presents in “Howl”, however I reveal how I’ve lost versions to myself-just as Allen’s poem was an ode to the best minds of his generation, mine is an ode to myself.

* QUICK DISCLAIMER: There is some vulgar language in his poem as well as some inappropriate phrases- but nothing we’ve never heard before . However, “Howl” is incredibly truthful to how life was during the Beat Generation( https://www.britannica.com/art/Beat-movement) and to what many people had to endure during the late 50’s and early 60’s.

i have lost so many versions of
myself to unadulterated; unorthodox, fully vulnerable,

addictive love that is growing like a cyst in my heart completely rooted in my vena cava,

hours of study locked in my closet as metaphorical and literal as you can get,

stepping on my throat in hallways because i can’t eat another bite of stress,

starving myself because damn it felt good to dance on an empty stomach,

laughing hysterically at my own incompetence because it’s 4am and I didn’t know that tears tasted like salt water taffy,

kissing rain drops before they hit the ground because it’s nice to break someone else’s heart for once,

stuffing flowers down my esophagus because it makes the venom a little easier to swallow,

lusting for fame when I can’t even mutter my own name,

tearing at my eyes nose ears mouth chest because I spoke a bit too loudly and everyone is looking at me,

stuttering tha tha tha thank you after you put a microphone to my very consciousness,

holding a lighter to my heart, pressing down and igniting my anxiety which fuels my own misery,

squeezing my eyes shut when I really should have covered my nose because I can still smell the alcohol on your breath, dad,

slamming my head against my bedroom wall as hard as possible because maybe then I could amount to something,

letting blood sweat tears saliva tears vomit drip from my every cavity because I wanted so badly to get rid of my damn individuality,

cleaning my fingerprints off of everything I’ve ever touched because I don’t want any evidence of my existence,

placing cotton balls between my toes so I won’t make a sound when I walk across your room to kiss you goodnight, mom,

mistaking blood under my fingernails as paint,

trusting god for keeping the ones I love safe when in the end it was me who got screwed over,

skimming my hands of my ribs and marveling at how they do not feel as if they encompass lungs, air, life, or love, so it’s safe to say that my ribs have done a terrible job of protecting my heart,

knowing that I’m much to smart to be in a bad relationship but not being able to realize that I’ve been mistreating myself,

staying up too late reading poetry because that’s the only midnight snack I allowed myself to eat,

wishing that i discovered my morals earlier so I could be reversible,

fiercely loving bad intentions because they are easier to explain,

shielding my eyes in a curtain of hair for my face is a stage with not enough actors and too many people in the audience,

counting calories despite the fact that my tongue hasn’t even left my mouth,

kissing mosquito bites because at least someone wants what’s inside of me,

guilt ridden because of all the water I spent.

Other than all the versions of myself that I’ve lost and found in the chaos of fragments that i’ve shed;

I wonder if i will soon be among them

In all their unadulterated; unorthodox, fully vulnerable