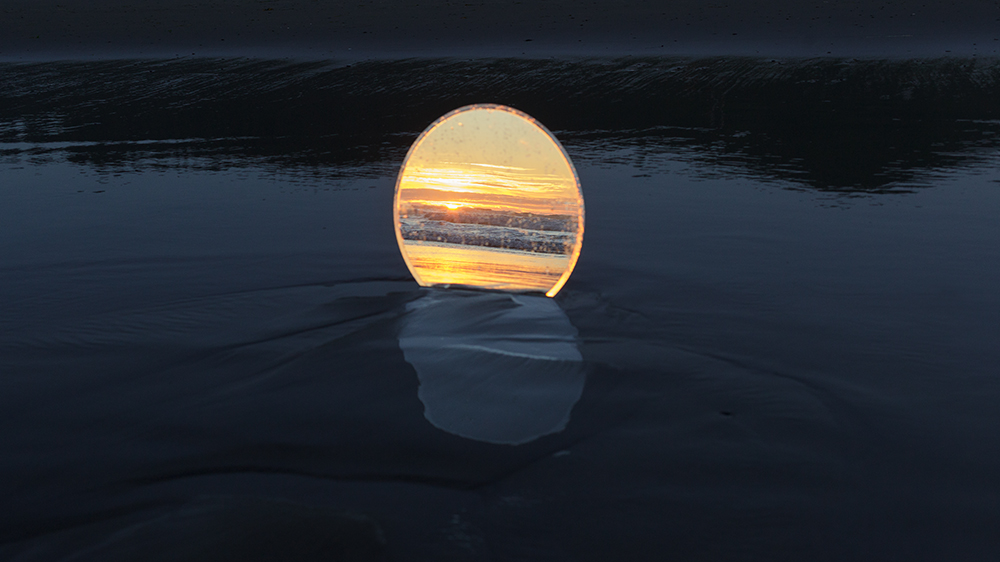 Prompt: What do these texts suggest about the ways in which individuals respond to the conflict between illusion and reality? (June 2014)

However, I know that I cannot keep standing when the water is so high my feet cannot touch the ground.

I’ve been swimming in harsh waters a long time. From a young age, I have struggled with the idea of body image, and with varying degrees of social anxiety. I am an introvert who often does not see the need to go on social media everyday, or to date at the young age of seventeen. In stark contrast to many of my peers, I find more enjoyment in staying at home with a book rather than going out and partying. Not that anything is wrong with the latter – I just personally don’t like doing those kinds of things.

However, the reality is that in today’s society, self-image is what matters to many people – in my generation particularly. It isn’t about the books that I’ve read or how nice I am, when someone is browsing my Instagram profile. Rather, it is more about how well you can make 3 layers of makeup look in a well-photographed selfie. It’s about the number of boys who follow you, the number of inches your waist is, and the number of designer-brand articles of clothing you can count on a single person.

My mom has always told me that I am an “old soul.” That I have seen many things before in past lives, and that I have gained wisdom from it. Whether or not that is true, I don’t know. But what I do know is that I look at things differently compared to a lot of people. However, it is hard to have a different outlook on life when those around you are so obsessed with each other’s illusions.

The rates of diagnosed teenage anxiety disorders are currently climbing, and that could mean one of two things: either more teens are having anxiety-related symptoms, or more teens are seeking help.

I believe it is a little bit of both.

We are expected by each other to look a certain way, buy certain things, and act accordingly. There is a cardboard-cutout version of everyone that we must adhere to in order to be deemed pleasing by society. When we don’t quite fit in – when we don’t put forth an illusion and force people to confront reality – we are left alone.Until a time where those around you finally see that there is more to a human being than what they look like on the outside.

Shopping – searching for clothes that would make me look my best – is a gruelling task that I absolutely hate to complete. If it were up to me, I would wear sweats everyday and not have a thing to say about it.

(I still love the occasional gorgeous dress, though.)

Shopping is often a stressful situation – in large part because many of us only see the things that could never possibly look good on us. When I see a mannequin in a shop window, I see a blurred and distorted image. I never see myself in the plastic figure; instead, I see cold, unnatural shapes that I should fit into, but never will.

Often, I leave a mall before I even look at the price tags.

I run away from the image that I should be, in order to justify who I actually am. If I ignore the expectation, I won’t set any unrealistic ones for myself. Which is fine by me.

It is often hard to concentrate on a positive view of yourself when there are so many outside sources in today’s society feeding an illusion. There are two ways that I deal with it: I either accept my own beauty, or wallow in thoughts of “not being good enough.” Depending on the day or circumstance, I’ve done both.

I often tell myself to “toughen up”, because tears won’t change my face shape.

Sometimes this works, and other times it doesn’t. But the important thing I always keep in mind is the fact that I know who I am. Who cares about the number of followers I have, or the clothes I can’t wear? Self-love is the cure to many conflicts – especially those that deal with unfulfilled expectations.

To be tough doesn’t always mean being able to survive conflict. And it most certainly doesn’t mean fulfilling society’s expected illusions – as much as that may feel good. It means being able learn that sometimes what others deem worthy isn’t what is most important to you. To understand that another’s illusions is just that – illusions.

After all, an Instagram picture is just as much an advertisement as it is an art piece. And art is never truly realistic.