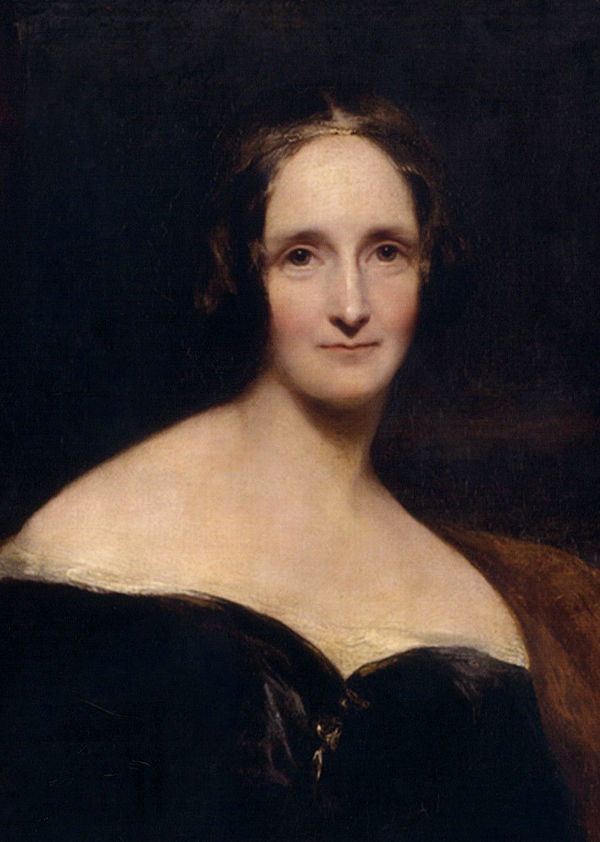 Prompt: Discuss the idea(s) developed by the text creator in your chosen text about the significance of idealism and truth in an individual’s life. (June 2009)

Oftentimes, we, as humans, are unable to accept the world as it actually is. Rather than facing this conflict between our expectations and reality directly, though, we usually turn to the alternative: idealism. In the creation of ideals and the desire to pursue them, one can find solace—perhaps they may even be able to come to terms with their reality. When ideals are not aligned with the truth of an individual’s life, however, the devastation from a shattered ideal, or, the revelation of the truth, can change the self-perception of an individual irrevocably. This is what happens to the monster in Mary Shelley’s Frankenstein, or the Modern Prometheus; though his ideal was to secure acceptance from those around him, his deformed appearance and the prejudices of humanity led him to adopt the monstrous nature that society saw as the truth. Through the monster’s experiences, Shelley demonstrates that an individual’s imperfect ideals, when affected by the words or actions of others, can alter the truth one associates with their reality. In other words, the behaviour of the people in an individual’s environment may be the factor that inhibits the attainment of the ideal, causing their reality—which is one’s perceived truth—to constantly shift. One consequence of an unstable reality is a loss of identity, which is portrayed in the novel through the monster’s desire for companionship, his reaction to the rejection he faces, and the radical shift in his sense of self that follows. The monster effectively becomes a sort of “fallen angel” within the novel; though he originally had good intentions, his inability to meet his ideal causes him to lash out against humanity.

Mary Shelley uses the De Lacey family to spark a longing for empathy within the monster, showing how their influence was crucial in the development of his desire to create an ideal, and, therefore, his understanding of his own position within reality. The need for compassion is first seen within him as he watches De Lacey comfort Agatha when “He raised her and smiled with such kindness and affection” that the monster “felt sensations of a peculiar and overpowering nature; they were a mixture of pain and pleasure […].” (89) In that moment, the monster began to see humans as gentle creatures. Before this, he had no sense of needs greater than food and warmth; the monster did not require friendship or empathy. Because he is so touched by their kindness, he longs to be treated with that same compassion. It is at this point in the story when the monster’s ideal—joining the De Laceys—begins to define him. Every action he takes is to work towards the accomplishment of his only goal; illustrating how idealism, when taken to an extreme, can quickly consume and dominates one’s mind. Essentially, the possibility of a future with people who genuinely care for him justifies the monster’s life, causing the truth to be defined entirely by the monster’s own concept of his relation to others. The author employs this idea to express how ideals can become the only way how an individual is able to understand themselves. Abandonment and a solitary lifestyle also contributed to the creation of the monster’s objective since he could not reflect on his own state of being until he began observing the De Lacey family. As a result of the loneliness they inspired, his self-perception became flawed. That is to say, an individual may lose their ability to see the truth in their existence if they are obsessed with idealism. Paradise Lost, one of the novels read by the creature, further intensifies the conflict between his desire to belong and the truth he believes about himself.  While he should be akin to Adam, the monster relates more to Satan because he feels “wretched, helpless, and alone.” (110) This may be seen as a challenge to the security of ideals in one’s life; such uncertainties can be seen as a weakness of idealism because of its reliance on circumstance. Despite what the monster believes about himself, his devotion to the family provides comfort and reinforces his optimistic ideals. He has some hope for his “salvation”.

All of the monster’s hopes were quickly crushed by the shattering of his ideals when the De Lacey family rejects him, convincing him to believe in a new truth; he believes he will never be accepted by humanity. The first manifestations of his erratic truths are seen when he proclaims to Frankenstein “For the first time the feelings of revenge and hatred filled my bosom, and I did not strive to control them, but allowing myself to be borne away by the stream, I bent my mind towards injury and death.” (118) and when he sets the cottage of his former “friends” on fire. The monster’s behaviour stems from his lack of experience with humans, which left him vulnerable to the emotions he felt for the De Laceys. Their refusal hurt him severely, so he began to cultivate a loathing towards those who he felt had wronged him. The monster, in essence, becomes the fallen angel in this section of the novel; like Satan in Paradise Lost, he chooses to act maliciously as retaliation. This can also be seen as the beginning of the monster’s transformation—as his experiences make him more resentful, his ideals, goals, and actions become more monstrous. The conflagration frees the monster from the vice of his first wish for emotional fulfillment, but he also acknowledges it as wrong. His inability to satisfy his needs combined with the satisfaction he gains from cruel behaviour causes the monster to believe that he is a wretched beast. The truth he saw in his own nature—the kind, innocent being—is fused together with the hideous and terrifying fiend others see him as, so a new fabrication is created in his mind. By using this element, Shelley depicts how an individual is forced to alter the truth that they associated with their own life when they realize the imperfect nature of their ideals. This may cause an individual to indulge in unkind behavior in an attempt to reconcile the relation between their ideals and worldview. If it were not for the family’s denial, the monster’s concept of perfection would have remained stagnant. After his experiences, he starts to believe that the abandonment he faced and the prejudiced view of the humans who fear him justifies retaliation against mankind. This becomes the new truth that the monster sees in his own life.

It is with his new hatred and truth that the monster visits Frankenstein and asks for a counterpart. Having been inspired by Adam and Eve in Paradise Lost, he believes that having a female partner would be the best way to have his emotional needs met. She is the new ideal and the vessel through which the monster can channel the desire for company he had before his rejection, so he views her creation as his final chance for love. When Victor, after agreeing to create a second creature, tears apart his last hope, the monster is devastated and exclaims “You can blast my other passions, but revenge remains—revenge, henceforth dearer than light or food! I may die, but first you, my tyrant and tormentor, shall curse the sun that gazes on your misery. Beware, for I am fearless and therefore powerful. I will watch with the wiliness of a snake, that I may sting with its venom. Man, you shall repent of the injuries you inflict.” (146-147) Here, the monster threatens Victor directly by stating that he would risk his own life to exact vengeance when Frankenstein breaks his promise. Through this, Mary Shelley makes a statement about the negative impact that idealism can have on an individual’s psyche if their truth and ideals do not align. The aforementioned event completes the monster’s transformation into a true “monster”; Satan—represented by the monster—has essentially waged war against his God, Victor. After the monster’s ideal was changed dramatically by the actions of his creator, he resolves to inflict upon Frankenstein the pain that he feels, and this becomes his final truth. The meaning behind his words can be seen as Shelley’s comment on the rage that may fill the place of unmet ideals in one’s mind. Since Victor held the position of God, his abhorrence impacts the monster greatly. In retribution, he becomes the “devil” that Frankenstein had feared because he is attempting to tie his raison d’etre to his creator. By killing Henry and Elizabeth, the monster succeeds in this venture. When Victor dies, the monster tells Walton, “He is dead who called me into being; and when I shall be no more, the very remembrance of us both will speedily vanish.” (197-198) There is no reason for him to continue living because the monster’s ideals and his truth have disappeared with the death of his creator. The author uses this to demonstrate how it is possible to forget one’s identity when the ideals their defining ideals disappear. Because Frankenstein—who was “God” to the monster’s “Satan” and the last person who could define his reality—has passed away, the monster commits suicide.

Frankenstein’s rejection of his once prized creation resulted in the monster’s transformation into a “devil” who rebelled against his creator; it is the monster’s lack of self that drives his desire for revenge and results in his destruction. Centering ambitions around others caused the monster’s ideals and reality to be defined by people who did not care for him. Through this key component in Frankenstein, Mary Shelley displays the impact that an individual’s relationships can have on their idealism and on one’s understanding of their place within reality. Although idealism offers the possibility of a better future, allowing it to control all of life’s aspects can result in a loss of self as a truth if the dreams are not realized. Relying on others for empathy may never satisfy the need for happiness and reach the ideal; in fact, it might hinder an individual’s ability to accurately perceive reality, leaving them blind to the truth of who they are. 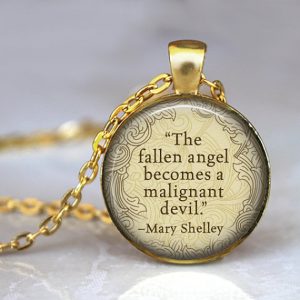 2 thoughts on “Polished Critical: The Impact of Idealism on an Individual’s Ability to Comprehend Reality (Frankenstein)”