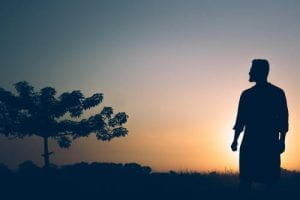 In the novel Death of a Salesman by Arthur Miller, develops the idea that when individuals are faced with the reality that they cannot accept, they run away from reality and find solace in illusion because In the comfort of illusion they would become so immersed that they would reject and become blind to the reality in front of them. The general argument made by Arthur Miller in Death of a Salesman is that the illusion that one makes for themselves is harder to escape, because the reality that would greet them would be the very reason that caused the need for the illusion in the first place. Specifically, Arthur Miller argues that Willy, in an attempt to feel as if he achieved the American dream, is no longer able to tell illusion from reality, when really he can’t accept the current situation. After spending his life in what was considered the American dream, with a happy family and being good at his job, Willy is met with the failure of the unrealistic expectations of the dream in his old age. The consequence of not being able to accept such a reality is causing Willy to go down a downward spiral in which the play focuses on.

Miller uses Willy in his old age to demonstrate the unrealisticness the American dream has, he shows how the dream affects Willy and his family and how failure made things much worse. Unable to accept the way his life was going, Willy runs away to find solace in illusions in a desperate attempt to feel as though he was not a failure. In one of his first illusions that Willy experiences we see him with Biff and Happy and hear him say “Don’t say? Tell you a secret, boys. Don’t breathe it to a soul. Someday I’ll have my own business, and I’ll never have to leave home any more.”(18) In this first flashback it shows how perfect Willy’s life seemed to him when  he felt as if he was achieving the American Dream. It is at this point of the play that his road towards failure begins. The scene in which Willy and Linda discuss their bills shows the deep dissatisfaction that is growing in Willy of being unable to fulfill the American Dream. This is because progress is the basis of the American dream and the bills he has to pay is inhibiting his “road to success”. In the present, his dream of owning a business has failed and in his old age the company he worked at for decades values him less. Even when Willy experiences the reality of the American dream, he still feels like a failure for not achieving it.

When Willy goes to ask Howard for a desk job, he is rejected and fired from his job after Howard sees how unstable he is. After having time for himself in Howard’s office WIlly immerses himself in another flashback where he says, “Yeah, heh? When this game is over, Charley, you’ll be laughing out of the other side of your face. They’ll be calling him another Red Grange. Twenty-five thousand a year.”(68) This quote was said by Willy to Charley after he made a joke about Biff’s game. This is a classic example of Willy running away from reality and the moment he is reliving is one he considers being the closest to achieving the American dream. In this quote we see how Willy views Charley as being inferior to him and yet in the present he is asking Charley for money, but rejecting his job offer. In an attempt to forget the fact that he is a failure Willy tries to keep the sense of superiority that he previously felt over Charley. The fact that he does this shows the desperation that Willy is willing to do anything to achieve his American dream. This could be seen as the personification of the expression of “to refuse a toast, to be forced to drink a forfeit” said as a chinese proverb. The meaning is that instead of taking the way out he was offered, Willy instead put the final nail in the coffin he has made for himself.

It is at night at this event that Willy is forced into a confrontation with Biff. Having enough with the scorn and disillusionment of his father Biff confronts Willy of the truth of the past and his expectations of his family. We learn that Biff blames his father for cheating on his mother and the fact of how he enforced the idea of Biff being better than everyone else that has led to the current predicament of him. He goes on to show the unrealistic expectations that Willy has of the family and says, “Will you let me go, for Christ’s sake? Will you take that phony dream and burn it before some- thing happens?” (106) This is the climax of the story as this is where Biff breaks down and confronts his father with the fact that he is constantly living in the past and is unable to accept the present he is currently living in. He shows how deep his love is for Willy, but Willy is unable to hear what Biff was really saying. He only interprets that Biff likes him and goes to take his final drive into the night accompanied by Ben.

Willy wouldn’t have chosen to chase his dream in death if he only looked and accepted the reality that was right before his eyes, which he is unable to because the illusion he made for himself felt more real than the reality he was living in. Through this key event in Death of a Salesman, Arthur Miller conveys his idea that when an individual creates a reality which they like more than the original there’s no going back. Although illusion will forever remain that illusion it is still more preferable to the reality one is forced to escape from. Relying on illusion to achieve your dreams will never do anything to inhibit your life in pursuit of your dream; it will only disconnect you from reality to the point of no return.