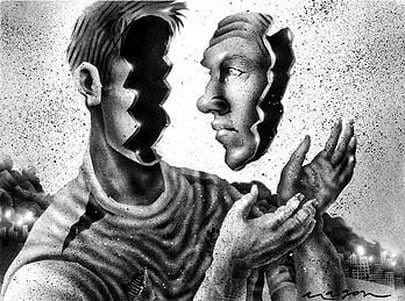 Prompt: The role adversity plays in shaping an individual’s identity

When there are dreams, there also exists an equal amount of illusion that shrouds an individual’s sense of reality in order to have hope and ultimately accomplish their aspirations. One may dream, for example, a brighter future with a respected career by envisioning this dream as an illusion; individuals then work to transform these illusions into reality as a means to make their dreams come true. But when one is denied all his aspirations, dreams quickly turn into delusions and reality into adversity, causing the individual to become enslaved to this obstacle-the obstacle to transform their illusions into reality. Willy Loman, the titular role from The Death of a Salesman, is a struggling middle class salesman who is obsessed with the American dream. His dreams were neglected over the years, causing his illusions to overcome reality and deplete him from his own identity. His adversity – the inability to achieve his dream – quickly becomes the chain that confines Willy from embracing his identity, only allowing him to see the world through the lenses of his broken American dream and his illusions. Furthermore his inability to escape his own illusions due to the confining aspect of his adversities detaches Willy’s identities from reality. Arthur Miller uses Willy and his delusional life to convey the idea that adversities can create a deluded perspective of an individual’s world, causing them to dwell in their illusions, consequently confining their identities away from reality.

The effects adversities have on an individual’s identity stems from the illusions that cloud an individual’s reality; these individuals succumb to their delusions and alter their perspective of the world. In doing so, individuals sacrifice their identity into one that is ruled by their adversities. Willy Loman, who had failed to achieve his American Dream, falls into the illusions of this adversity; thus he creates a delusional character in his conscience, his dead brother Ben, who succeeded in his gamble for success. Ben whispers in Willy’s ears: “When I was seventeen I walked into the jungle, and when I was twenty-one I walked out. And by God I was rich.”(48) Willy regrets his choices when Ben was alive in the past; he did not take his chances to become rich and successful – instead he stayed to live his city life with his family. This regretful American dream of becoming financially successful strangles Willy by the neck, causing him to imagine his dead brother and speak to him as a madman. He fails to embrace his identity in reality and escapes to his imaginations and illusions because of his eagerness to succeed in his ambitions, portrayed by his dead brother. Slowly, the American Dream that Willy had failed to achieve, becomes the very noose that tightens around his conscience. This adversity – the failure in attaining a dream and turning his illusions into reality – becomes the very cause of another lost part in Willy’s reality. His inability to sustain reality in life alters his perspective of the world; this portrays how his identity is beginning to succumb to his adversity. Adversities of his unachievable dream begin to alter his identity into a delusional state as he starts to see imaginary characters like his dead brother in his mind. This delusional state of mind expels Willy from his own reality and identity, causing him to dwell further into his illusions like Ben – he allows his adversity to confine his identity away from reality and draws his identities into his world of illusions where his brother exists. The longing for the impossible American Dream begets further illusions that disconnect him from his own reality and identity.

As Willy Loman’s life begins to transform into one of great misery and failure, he further solidifies his delusion of living the American dream, casting his identity into his illusions and confining it from the reality he faces. After losing his main source of income – a commission position as a salesman – Willy is again forced to borrow his weekly money from Charlie, his neighbour, to pretend like he is making a living to support his delusions. Charlie offers him a job to honestly make the money that Charlie is giving him but Willy disapproves of this, saying, “I can’t work for you, that’s all, don’t ask me why.”(98) Willy tells Charlie that he cannot work for his neighbor for money that would have changed his living conditions positively. This statement is a horrible misjudgment on Willy’s part, as he needs money from a job to support his life; it was his opportunity to gain a stable income for his family. This rejection of the job is an indication of Willy’s delusional perspective of the world and his life; he still believes that he is too good to receive this job from Charlie even when Charlie is the one that had succeeded in attaining the American Dream. It is clear that Willy’s aspirations-the American Dream-is not composed of a stable job from a neighbor, but from a respectable status in life. It is a career that he wants-a career, where he is well liked and appreciated. His adversity of the unattainable dream clearly dictates the way Willy acts; he cannot accept the fact that he is in a desperate situation, creating a confined character that is arrogant and ignorant to Charlie’s offer. His illusions created by the adversities that he faces makes him reject the offer that may have gotten Willy out of his sufferings. It is this loss of perspective that exists when individuals face an adversity-Willy no longer has the ability to perceive nor act in this world without upholding his delusions of being successful. As can be seen with Willy and Ben, Willy’s identity changes into one that is delusional, feeding off of the false sense of success in his illusions, away from reality. His identity changes from a desperate salesman wanting his illusions to come true, as seen before in his character, into a man completely ignorant of reality and captured in delusion. Arthur Miller depicts the ways adversities bind and change an individual’s identity by portraying a salesman devoid of his realities due to his adversity induced illusions and his transition into a delusional state of mind.

When an individual is faced with adversities, one may escape to his illusions to evade these obstacles; therefore, when these adversities continue to grow, individuals will entirely lose grasp of their perceptions of the world, which ultimately alters and separates their identity from reality. Willy Loman, after turning down the job offer, escapes into a realm of delusion that he cannot escape. This causes Biff, Willy’s beloved son, to outrage and he gives Willy the truth, without the delusions or the lies. Consequently Biff breaks down as he tells Willy everything including his love for him. Willy responds, “Isn’t that-isn’t that remarkable? Biff-he likes me!”(133) Facing Biff, his son that loves his father unconditionally, Willy fails to tell apart the difference of being well-liked and being loved. Biff’s efforts to reach into his father and tap into his reality fails as his father cannot escape the hands of his own illusions caused by his adversities. Biff’s ardent efforts and his ultimate truth was not enough to retrieve Willy’s identity from its aspirations of the American Dream; Willy is only capable to understand Biff’s love as a condition of being well-liked and respected. After being neglected of his endeavors throughout his life, Willy finds his solution to his adversities by creating a false image of his life where he is successful and has achieved the American Dream. Ironically, this false image alters his identity as he fails to grasp the truth in Biff’s love and his plea to forsake the American Dream and face reality. This adversity of his unachievable dream, combined with his deluded perception due to his illusions, confine Willy from understanding his son’s love for his father. Adversities altered Willy’s identity so much that he fails to see the fundamental and unconditional support that could never be won through achieving a mere status or a career in life. This is evident in Willy’s actions following this scene, when he drives himself to death for insurance money. Again, he fails to see reality as he did before with his opportunity for a job; he cannot comprehend how much pain is inflicted upon his family and how contradictory it is to kill oneself to accomplish a dream. Adversities-his broken dreams-drives Willy into a state of delusions, which prohibits him from fundamental love within his identity that Biff longs to see, ultimately killing himself; he completely disconnects his identity from reality. At the end of his life, Willy Loman is no longer a character, but a mere corpse of an impossible dream.

Through the character Willy Loman in Death of a Salesman, Arthur Miller portrays the illusions that cloud identities of an individual when they are faced with adversity. Willy fails to achieve the American Dream and becomes vulnerable to the illusions to escape from his own reality, which negatively impacts both his perceptions and his identity as his escape from reality confines his ability to harness his character in reality. By turning a blind eye to reality, he also turns a blind eye to his identity which suffers its death at the end of this novel after his misconception of his son’s love. In other words, illusions that are deeply rooted in his ever-growing adversities of the unachievable dream detach reality from Willy’s identity, causing his identity to alter, fade, and die, at the end of this play. Adversities become the very origin of the ruin of his identity.

To dream, one must harness an illusion first, in order to develop an alternative reality to long for. But when these illusions overthrow one’s reality to conceal one’s failed dreams, no longer is he a hopeful man-he is the slave to his empty dream.