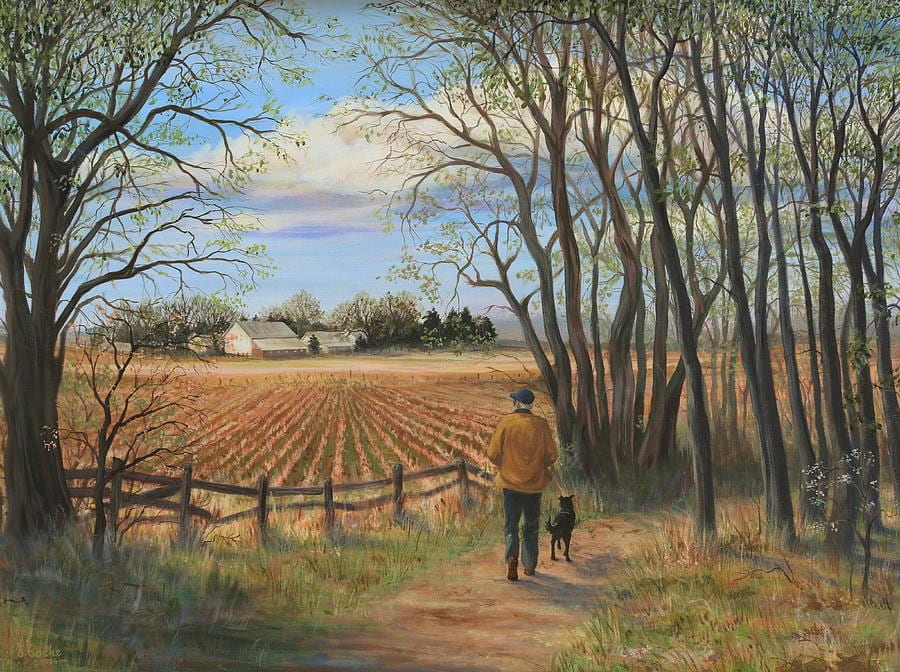 Reference: About my Father’s Plot to Get Home

Thesis and Context: When an individual must deal with the prospect of an uncertain future, they create an illusion of certainty by denying the existence of uncertainty. The “home” in this poem is permanence and security. However, certainty in this situation does not exist, and therefore the home doesn’t exist. In this way, the father in my story copes with losing his job and The Great Depression by not accepting that the future is uncertain. He instead lives life as he had before to establish certainty. He tries to believe that everything will be as it was in the past, and attempts to guide his family on this same path. The narrator of the poem tells the story.

It was already 1930. A year since The Great Depression involuntarily forced itself upon us. A year since we were forced to give up the fine jewels that sparkled in the sun as a sign of wealth, the toys which held my childhood dreams so carefully in its plastic covering, and the blue mustang which promised the serenity of the countryside as we left the busy city every summer.

A year since father had lost his job.

My mother and I remembered these facts constantly. They lived in the back of our mind when we called old friends hoping they might have enough money to lend us, when we saw the prices of simple goods at the grocery store which we couldn’t afford, and when we walked to downtown to people scavenging the trash hoping to find at least a few crumbs to eat.

Father did not remember these facts constantly. I wasn’t even sure that he remembered them at all. He sat on our brown leather couch, one of the few luxuries we kept, completely exhausted when he came back from a day doing some odd job like painting the neighbour’s fence. He would then laugh and say “Just a little bit more of this, and everything will be fine.” Even though we all knew that what he said could not be predicted, we also could not confront him. He tried to find a home and permanence for the well-being of our future, but I don’t think he realized that what he wanted was simply impossible. He didn’t realize that this plot to go back home was nothing short of a fool’s conquest that was sure to fail. He tried to guide us in this and take us back to the permanence that we knew before and told us to not worry because he would find a way. I wasn’t too sure about any of this.

Despite what was happening, father still held parties as extravagant as Gatsby’s. The flamboyant decorations and the jazz music were his attempts to live in the era of flappers and wealth and rebellion that he once knew. However, only a few of his friends would show up, those who needed a distraction from the day’s worries with free alcohol and old bread. This did not bother father, though. My mother and I, who had gone upstairs to ignore his stupidity, watched him. It was something out of a painting. He and his friend danced lavishly with bottles of cheap wine while another played piano in the background. It was a party of three. All of the balloons, the streamers, the sparkles, and the bottles of alcohol would be able to serve more than a few people, but we were left to see three people, in the middle of the living room. It was both comical and sad. Nobody else attended these funerals that were masked as celebrations. They had left their old lifestyles long ago and did not have time to play pretend. Neither did my mother and me.

Mother always yelled at him the day after he threw a party and told him that we must save money for the sake of keeping this family alive. She told him that he had to accept that they couldn’t live the way they used to anymore, and he could not spend so much. We cannot live luxuriously because we did not have the money. She told him that everything was extremely uncertain and that we needed to save money. My father looked up at her with a gaze that expressed confusion and anger. He told her that we did not need to save money because everything was going to be alright. He was going to guide us to where we were meant to go. We knew that wasn’t true. At this point, his life would become a mountain of trials and tribulations to establish a sense of permanence that didn’t exist.

My mother would look at jobs that were available when she read the news. When father saw her do this, he would rip the newspaper in half, telling her that she did not have to work, because he would make sure that we would be in a stable home, and that we would have all of the riches of the world. Did he not realize that this promise could not be kept? Was he lying to my mother or lying to himself? Mother was not comforted by this. She knew this wasn’t true because she accepted that the future was uncertain. Whenever he fed us his reassurances, she told him that she would not attempt to find a job again, but soon enough the same conversation would happen again. It was a vicious cycle.

Life continued in its usual unpredictable way; well, maybe not for father. As for the rest of us, we learned to live and accept the uncertainty of The Great Depression.

But in the midst of this, I could no longer watch someone float through life with their head up in the clouds. I could no longer tolerate my father as he lived life as a perpetual daydream. I could no longer stand seeing him live a lie. I needed reality, for it was the only reality that would ground me. I needed to distance myself, physically, from my father; his mere presence in my life only burdened and angered me. How could he act so carefree? So, I made sure that our worlds stopped colliding. I took simple steps to avoid him: I left the house earlier when I went to school, I spent all of my time in my room if he was home, and I secret found odd jobs to keep myself busy (also making my family more money). Father was too far gone to notice my absences and the extra money, for he only lived a life of pretend. The thread of connection which father and I had spent years spinning and strengthening, had broken. He was simply a background noise as I worked to keep us going in the depths of uncertainty. We were strangers living in the same house.

Then, something expected happened. I was at a job interview in January 1933 when I heard the news. Father had died in the night. The causes of his death, however, were unknown. I just sat there, without shock, staring at the floor trying to make something of the cracked tiles and the colourless room. I tried to make something out of what was a seemingly sudden death. I tried to come up with reasons for how he died. I tried to make something of the uncertainty, the unexplainable, the unfathomable. Then I realized that trying to establish certainty amid uncertainty is what father did – that is when I understood that he died long before his physical death. One cannot exist in the past, remaining ignorant of the present and future, yet be alive. His extravagant parties, his passionate reassurances, and his stubborn stagnancy could not take away from the lifelessness in his eyes. That day, I mourned the loss of a father who had left me years before.