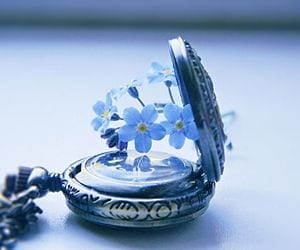 What do these texts suggest to you about the ways in which individuals deal with the prospect of an uncertain future? Support your idea(s) with reference to one or more of the prompting texts presented and to your previous knowledge and/or experience.

Thesis: It is within human nature to be constantly in a state of looking for certainty, regardless of the situation.

Snow decorated the roads outside the bus window. Sleepily, I opened my eyes. We were approaching the last bit of road before school. My stomach began to churn and I reached for my phone. I squinted my eyes as the brightness of my phone screen took me off guard. 7:39 the clock read. A sigh left my lungs as dread kicked back in.

The bus slowed to a stop as it pulled up to the school. With hesitation, I stood up and grabbed my bag. I mumbled a quiet thank you to the driver and my hands reached for the handrail, as I did every day. My grip tightened and only loosened once I was assured that both of my feet were on solid concrete.

However, my grip on my phone began to tighten.

The halls were empty, as per usual. It was early alright and by routine, my bus was consistently the first to show up. A few faces littered the couches I walked past. All of them looked familiar, for I had seen them every day, yet at the same time, there were strangers to me. Even though I saw them daily for years, I had never spoken a single word to them. Their stare began to drill into my very being and so I hurried along. My grip on my phone grew tighter.

My stomach churned as I approached the stairs. It was 35 steps until the classroom. The doors to the second floor swung open causing me to almost jump back in surprise. The kid that had pushed the door open gave me a look of confusion. Once he had left, almost by instinct did my hand reach out for the rail. My thoughts in a frenzy, my stomach churning, I stopped there. For how  long I couldn’t tell you, but the voice of someone familiar brought me back. It was him. My stomach felt normal and my grip on both objects loosened. He was a nice guy. He was an ally. He wasn’t there to make me feel embarrassed or to stare me down. He was just there to make small talk. He was a normal person with normal intentions. I let out a sigh of relief.

The first class of the day dragged on. It was a Wednesday, the day I found the least amount of joy in. My stream of thought was cut short by the shriek of a bell. Peers began to file out, some in pairs, some in groups, but I lagged behind for there was no one I could walk with.

My phone was clutched in my hand.

Chaos was a good way to describe the halls. They were packed to the brim with students making their way to wherever they had to be. My stomach wasn’t as uneasy as it was earlier this morning but nonetheless, I found my hand reaching for the wall. I felt each bump along the synthetic brick wall as the mass of people inched slowly forward.

Joy found itself a home on my face when I entered the art room. My friends were already there and acknowledged my presence with a loud screeching of my name and a gesture to come to join them at one of the nearby tables. I ran towards them and threw my bag onto an empty table.

We were well into class when I questioned one of my friends as to what they were planning on preoccupying themselves with during the upcoming lunch hour. I was told that she had a club meeting to attend. I quickly asked another friend the same question. He said he had theatre. The knot in my stomach was growing. And so, as nonchalantly as possible, I asked all of my friends, even mere acquaintances the very same thing. A variety of answers were given to me, but none matched what I was planning to do during lunch. Hurriedly, I rushed over to where I had placed my phone. I pressed a button and the screen lit up. A notification from another friend in a different class laid in front of my eyes. I scanned the text over quickly. My shoulders dropped and the knot in my stomach unraveled. I felt peace rush itself through my entire body. She was also doing the same thing as me during the lunch hour.

I put my phone down and carried on, for the uncertainty of the lunch hour was eliminated.

But yet, I still felt slight uneasiness in my stomach. For I knew that I would do this tomorrow once more. Even after tomorrow, I would repeat this exact chain of events over and over again until who knew how long. It was then that I finally noticed that I had picked up my phone once more and was gripping it with all my strength.

My mind was wandering again. Carefully, I put my phone down and took a deep breath. I looked around at my fellow peers. I wondered about some of them, for some of them I knew lacked imagination, yet they were here, sitting in this art class. But one can only imagine much about how people will act and how things will flow. And for me, I knew my limit as to how much I could imagine before relapsing into fear, yet I chose to ignore it every time.