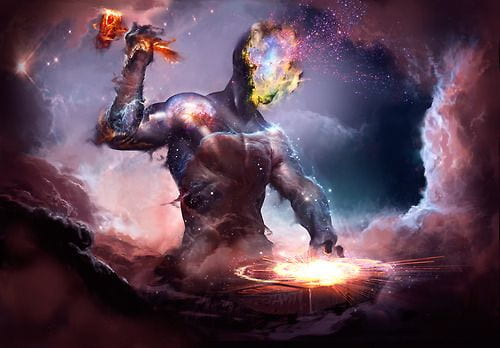 “We could bear nearly any pain or disappointment if we thought there was a reason behind it, a purpose, to it.” — Rabbi Harold Kushner, When Bad Things Happen to Good People.

Many I have asked, “Why do terrible things happen?”

To which I have heard countless times, “Everything happens for a reason.”

The mindset of the Jews during the recollection of Night is very much so alike. Throughout the memoir, Eliezer Wiesel looks for this answer- the reason for such cruel times- questioning God and his faith. Many Jews around Wiesel had accepted this to be a test of their faith in God. In the words of Abika Frumer recounted by Eliezer Wiesel, “God is testing us. He wants to see whether we are capable of overcoming our base instincts, of killing the Satan within ourselves. We have no right to despair. And if He punishes us mercilessly, it is a sign that He loves us that much more… “ (45)

It is very easy to have this frame of view because when faced with uncertainty, it is easiest to fall back on a familiar concept. Religion provides answers to the unknown, to the uncertain, to the unanswerable questions. Religion can become someone’s purpose in times of unreliability and unpredictable. It is easier to live knowing you have the comfort of familiarity to fall back on. Though, it would also be all too easy to blame God in hard times for bestowing upon such cruel conditions to those who may never have committed a wrong in their life. In an interview, Eliezer Wiesel expressed his thoughts: “He could imagine a believer who turned atheist — or an atheist who turned believer — from the agony of the Holocaust.”

These dire situations could have detached some of their faith, or for others, strengthened it. I have never gone through such, to put in simply, a nightmare. As one can infer for someone living in 21st century Canada, I have never and most likely will never live through such circumstances. Sadly, it does not mean people are not suffering around the world. Masses are being tortured, starved, degraded, and held captive on the daily, and yet, we go on with our lives. It astonishes me how many people choose to ignore, not even acknowledge, what goes in other parts of the world; they live in their little bubble ignorant to the inhumane situations some are faced with every day.

As many my age were, I was very closed off to the world and what was going on. We were innocent souls that had yet to be tainted, painted with the sins of the world. Purity not yet soiled by mundane occurrences. When I grew older and started my investigation into what the real world was, I found it not to be the marble palace I once hoped. Childishly, I believed the real world would have been a place where everyone got along and helped each other. As foolish as it sounds, a part of me still believes this will happen one day.

I grew up with a religious mother; my father wasn’t heavily interest or involved in religion. So naturally, I adopted her thoughts and ideas. When I aged and gained more knowledge, I created my world views. Broke my little world and lost my faith in both God and humanity. I could not believe people, adults, went on with their days knowing in the back of their mind people were suffering. I could not believe the God I had once trusted would others be harmed.

People say that everything happens for a reason. Yet, I cannot fathom any reason for someone to be born into suffering and have children that will likely never be able to get out of the situation, a vicious cycle with an unforeseeable end. I could not believe, I slowly lost trust in the faith I had once believed. I slowly lost faith in the people that I once saw as my seniors, the ones more knowledgeable than I.

Eliezer Wiesel expressed in his Nobel Peace Prize Acceptance Speech he had asked his father, “Can this be true? This is the twentieth century, not the middle ages. Who would allow such crimes to be committed? How could the world remain silent?” (118) I could not have better expressed my feelings than Mr.Wiesel did. I am crushed and defeated by the blows of humanity. Perhaps one day, my faith shall be restored as Mr.Wiesel’s was over time, but that day is yet to come.