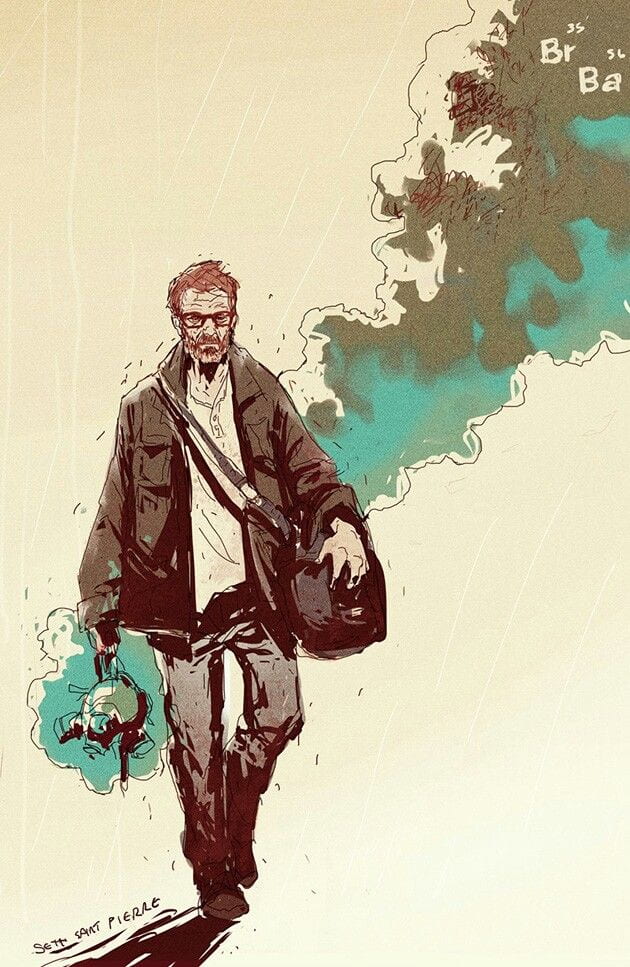 Knowing that not everybody watches the same things I do, I feel inclined to provide a quick synopsis the award-winning TV show Breaking Bad…

The main character, Walter White is a high school chemistry teacher in Albuquerque, New Mexico. Till the age of 50, he had had a very dull, very poor, but loving life with his wife, Skyler White, and a disabled teenage son, Walter “Flynn” White (otherwise known as “Walter Junior”). He one day gets a doctor’s checkup and finds out that he has terminal lung cancer, giving him only 6 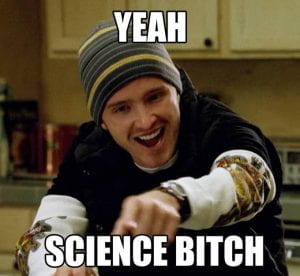 months to live. Being the main provider for the family, Walter worries about how his son will ever go to college and how his wife and his future child will live a sustainable future. So, as a last attempt to provide for his family, Walter begins to “break bad”. In what some would call a “mid-life crisis”, Walter starts to cook meth as he begins his double life; one where he is Walter, the dying chemistry teacher, and the other where he is Heisenburg, the drug lord. Being a chemistry teacher, he uses science to make the purest meth anybody in the drug market had ever seen (quote the image to the right). Throughout the series, Walter makes more and more money whilst losing more and more of the life he had once known.

But where is the correlation to Frankenstein? Yes, you could say that both Victor Frankenstein and Walter White both had motives for supporting their families… (Victor wanting to create life to possibly reverse his mother’s death / Walter wanting to provide money for his family.) However, I would like to go down a more interesting path and see how they both ended up “breaking bad” with the creations of their monsters – monsters which eventually lead to their demise.

Thesis:
In the novel Frankenstein by Mary Shelly, she demonstrates that when individuals begin to lose control of their life, they take necessary actions in an attempt to restore such control. However, once they begin to explore the power of having such control, they will indulge in it. Consequently, this blinds them from their original objective of securing their once happy life, and thus they begin to lose sight of who they once were and had hoped to achieve.

For Frankenstein, he initially began to lose control over his life when his mother died. He was filled with rage and confusion, but was mostly upset by the fact that he could not control it – he could not control the power of life and death. So, he figured that he should; and with the awakening of a monster, he did. Frankenstein went too far too soon as he indulged in his desires for control. So much so that these desires overrode any moral judgment, and with morals out of the door, his “control” easily turned into obsessive power. He let go of what he once hoped to achieve, and only realized it when his monster began to take more control over his life than he (Frankenstein) ever had. The monster consumes his life until the very bitter end when Frankenstein loses control over life and death one more time as he takes his last breath.

Interestingly, the same thesis proves to hold true through the series of 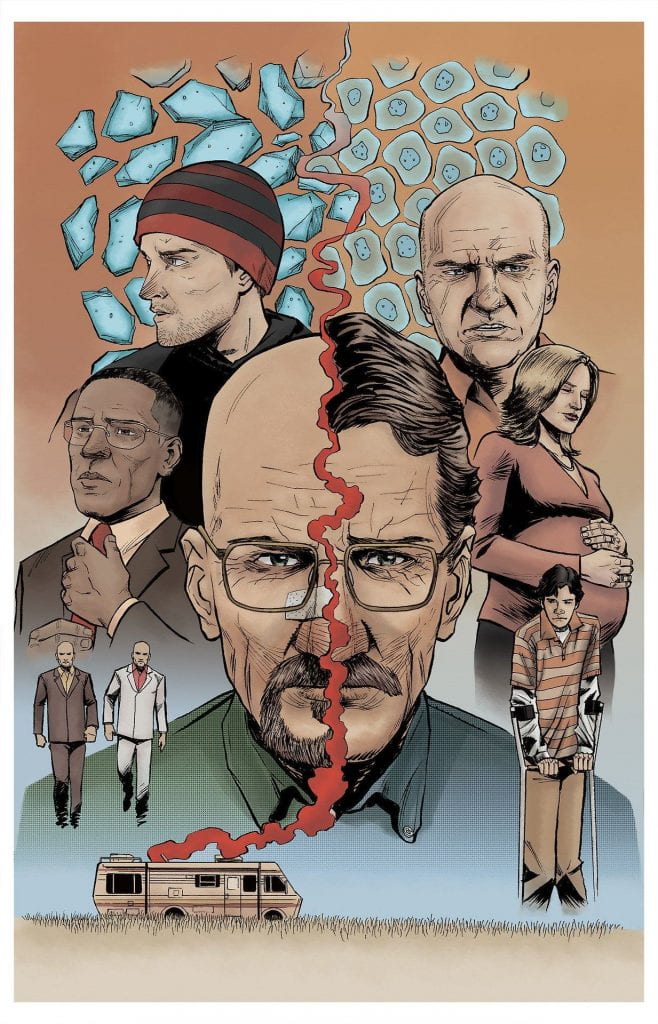 Breaking Bad; however, Walter’s monster is less obvious. His ‘monster’ lies within his second identity, Heisenburg. There is a very clear character development in the series where Walter goes from this friendly, joyful, yet timid individual who is as pure as his last name, White, would suggest, to becoming this man of mist and power known as Heisenburg. Walter actually stole this street name from a German physicist, Werner Heisenberg, who was famously known for his “uncertainty principle” which basically states that, “the exact position and momentum of a particle cannot be simultaneously known.” (Reference) It’s very fitting for a man as mysterious as the drug lord Heisenburg is, because it’s never really possible for anybody to know the exact position and momentum of his mind – giving him a key advantage over anybody who stands in his way. Walter loses control of his life when he finds out that he has less than a year to live. Naturally, he panics as he is also losing control over his family’s future as he fears that he won’t be there to support them as he has done all his life. In an attempt for control, he sought for the one thing that would support his family and last longer than he would… money. But because he only had 6 months, he needed to get lots of money fast – and what better way to make money than to become a criminal? When Walter started out his drug career, he made it very clear that he wanted no further involvement with anybody in the drug market, his partner (Jessie Pinkman) would be the one to deal with that. He wanted to still stay true to as many of his morals as possible so that he could maintain his healthy relationship with his family. However, like Frankenstein, he indulged in the control he had over the drug market (with his pure meth) and sought to have more and more control until he became ignorantly power-hungry. Slowly, Heisenberg was taking over more and more of Walter’s life until (SPOILER) he eventually lost his family as his second life was exposed by his very perceptive wife. The very thing he initially sought to protect and control finally left him as his old life of being Walter was compromised for his power-hungry monster, Heisenberg.

In both Frankenstein and Breaking bad, the main characters demonstrate how initially-innocent desires for control can easily create monsters of obsessive power. These monsters eventually take priority of their lives and change them, for better or worse. I found it really interesting to see this universal comparison between these two different texts; one from an AP ELA class and the other from winter break free-time. But it has been truly fascinating to learn how we don’t only create monsters of others when we seek power, like Frankenstein – but we also create obtrusive monsters within ourselves which forces us to follow different courses of action. Courses of action that make us forget who we once were and what we once wanted. Most of us haven’t had monsters take over our lives, but we might all just be waiting for our inner demons to come out and change our life in a way that we never could or would on our own.