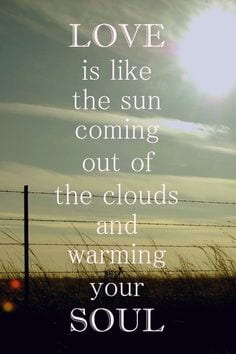 “… suggest to you about the human longing and how an individual’s life is shaped by such dreams?”

My body floats above the calm water of the lake, soaking in the warmth of the sun’s embrace. Off somewhere along the beach my mother calls to me, asking what I am doing. “I’m watching God” I whisper, letting the cool breeze carry my words to the shore. I was watching as the birds flew across the clear sky, watching as the trees danced to the music of the wind. Above it all, I felt the warm love of God embracing me in His presence. However, my world was not always at peace, but it was through God’s love, was my vision filled with all of the world’s colours mixed in white serenity.

Years ago, we were at the park, watching the nature around us as the sun casted light upon the water. I was feeding the swans as he whittled nervously with his strange hands, unsure if he should take my hand. I took my place beside him on the bench, looking up at him as he smiled down at me, caught up in our own little world. His smile flooded my soul with warmth as I folded my hand into his. The time we spent together grew as our love blossomed into a flowering tree. In love, we wore ourselves in a green embrace. Nothing could break the love we shared.

The world’s colours fade to a gray as my mind meddles over the past, hoping to stitch the hole that still remains in my heart. A once colourful memory had been stained black with grief. He is no longer waiting for me on that bench, smiling as I float atop the water. I long for his calloused hands, his soft lips upon mine, and his smile most of all.

November 1,1955 was like every other day. His two finger whistle brought me down the stairs to his shy smile and into his gentle caress. Together we danced to our own music, lazily and slowly soaking in the presence of one another. Our dreams were one, for the only thing we needed from life was the love of one another. Unaware of the storm sweeping across our home, a knock came at the door. At the threshold was a Lieutenant who told my love that he was to fight in the war.

It was that night that our little world plummeted into the abyss of uncertainty. Our dreams transformed into a desperate plea for his safe return home. We longed for our simple life to remain as it was, to rid our home of the dark clouds attempting to fracture our relationship. Each passing moment was spent in silence, grasping every small detail of one another, knowing we only had so long before he had to leave. “I love you”, the last words spoken to his fading image. After we parted, the world became savage, swift to destroy my dream of being reunited with him. I longed for my soldier to come home and the only thing I could do about it was pray. I kept asking and asking the hostile emptiness to leave, searching for something to numb the pain.

Two years later, I welcomed him home in a wooden casket, the American flag shielding his body from any more harm. I asked God why he had to take him from me but there was no answer. It’s funny how when you need God the most, he shows up. God broke through the clouds, allowing the sun to fill my soul with warmth. I felt my soldier smiling down upon me as he brought me into his embrace, for God had given me back my soldier through the sun. Our moments spent together have no conclusions for I still feel the warmth of his love and presence.

2 thoughts on “The Sun’s Embrace”