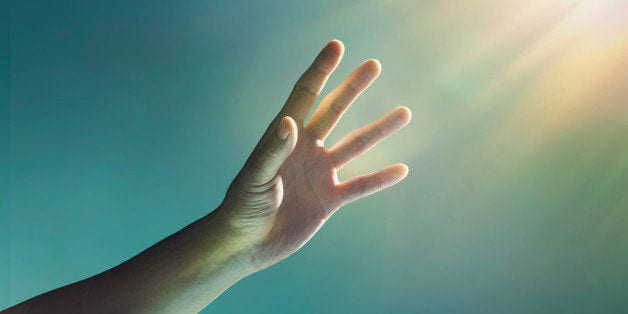 Human longing is formed when an individual develops a dream and yearns for it. These dreams are able to create much change in an individual’s life, since most individuals are constantly preoccupied by the dream – to an extent at which they even start hallucinating about it through illusions about the dream. This remains until these hallucinations are broken by facing reality. When one faces reality their understanding of the world is shattered, creating a hostile emptiness which was previously filled by the dream. This emptiness is what leads individuals through a path of depression, in which only some may escape. In the poem, Adolescence, PK Page explains the nature of human longing and how an individual’s life is shaped by it through the male adolescent’s experience of love being lost and his reaction to it. Through the poem, Page presents the notion that, initially, when an individual longs for a dream, they begin to see illusions about the dream which constantly preoccupy their mind – making them temporarily happy. Then, the individual realizes that the dream cannot become reality, leading to a hostile emptiness being created in the space of the dream, constantly haunting the individual – ultimately causing depression. If the individual is unable to overcome the depression then finally they are preoccupied with it until death.

When a dream is formed and an individual longs for it, they are faced with illusions about the dream that will constantly occupy their mind – causing happiness. This is seen in the poem with the words, “In love they wore themselves in a green embrace” and “And white was mixed with all their colors”. These evidences suggest that the individual’s dream is of love since this is not truly reality and is rather an illusion. Furthermore, the illusion is filled with the color white – indicating that everything was positive and good, since white is symbolic of goodness and positivity. The idea that this all an illusion supports the claim that dreams cause an individual to hallucinate and see illusions because this is all created due to the individual’s longing for love. The word “green embrace” helps to determine the happiness derived from longing because green symbolizes freshness indicating that the individual believes the embrace is fresh and real. Since this is not real, it can be inferred that the individual is being preoccupied by this rather than living in reality which explains how longing shapes the individual’s life. Human longing is spontaneous and irresistible as seen in how he is deep within the illusion and is thinking very happily about it. Human longing is able to create happiness through an illusion which is preoccupying one’s mind away from reality, until they come to a realization that the dream cannot become a reality.

When the illusion is broken by reality and realize the dream is impossible, the individual is put through a state of emptiness and isolation which causes depression. In the poem this is seen through the text “ as in dreams things are and aren’t” and “ Walking along avenues in the dark/street lamps sang like sopranos in their heads/ with a violence…”. This quote showcases that after the realization of the lost dream, isolation and sadness begins to torment the individual.  The first quotation proves the idea the love seen previously was a dream that didn’t come true. Evidence that isolation torments the individual is through the personification of the street lamps and also the darkness. The darkness symbolizes loneliness, in other words isolation, and by personifying the street lamps it creates the image of the lack of a person, which was the illusion of his love. The personification of the street lamp also provides insight towards an idea that the longing may have been used as a coping mechanism as well. By being reminded of the past a longing for it is creating, which is able to torment the individual since no matter how much an individual longs, they know that the dream is impossible. The “sopranos in their heads with a violence” is a direct indication of the torment harming the individual mentally since the street lights don’t really sing. This mental torment is what we call depression because it is really just a deep sadness caused by the longing. The depression is the way in which the individual’s life is shaped by the longing. All in all, the reality added with the longing creates depression because of the realization that the longing can never become reality. If the individual does not overcome the depression, the longing is able to lead to further consequences in life.

Longing coupled with reality formed depression within the individual, which-if not overcome- becomes worse and constantly haunts the individual until death. It is noticed in the poem through the lines, “ savage and swift as gulls/ asking and asking the hostile emptiness” and “form and fade before the eyes”. These quotes provide the idea that the individual is unable to overcome the emptiness formed by the reality shattering the dream creating a constant torment until the point of death. Evidence for the increased torment is seen in “the hostile emptiness” as is suggests that now a part of the individual is gone and it is always attacking him due to the longing reminding him of the reality. At this point, the individual’s life revolves around the longing as well as the constant harassment of reality. There is no escape from this harassment other than acceptance and death. By this state acceptance is near impossible since the emptiness has formed within him and is always being reminded of the reality compared to the dream, thus the only escape becomes death. For many individual’s suicide becomes an option because it reaches the escape faster – meaning less pain to endure. Some people however, are not able to commit suicide which is why they are put into an eternal torment until death. The idea of death is supported through the lines “fade before their eyes” because it indicates that the individual has become no more, perhaps by suicide. All in all, an individual’s life is shaped by the longing because they are unable to think and focus on anything else other than the emptiness created by longing until the point of death.