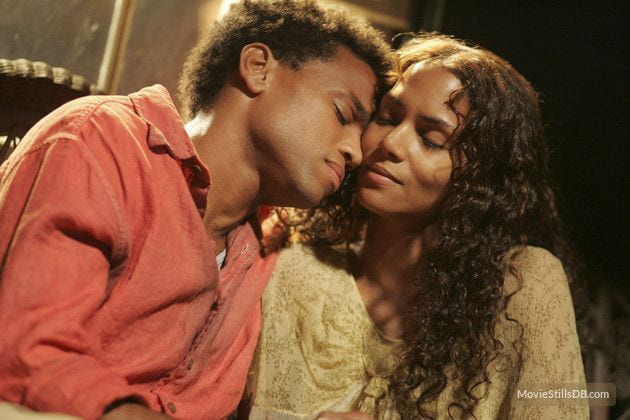 …the significance of an individual’s attempt to live unconstrained by convention or circumstance.

The nature of the circumstances that an individual grows up in heavily impacts the way in which they live their life. Growing up in a conventional environment constrains the individual to a future of conformity as their future has already been dictated rendering the concept of independence unrealistic. Dissatisfaction from this predetermined fate causes the true dreams and desires of the individual to surface, thus motivating them to live unconstrained by the convention surrounding them and pursue their personal desires. Zora Neale Hurston portrays the idea of living unconstrained from convention in order to pursue personal desires through her protagonist Janie Mae Crawford in her novel Their Eyes Were Watching God. Growing up in rural Florida Janie was raised by her grandmother, Nanny who was a former slave. The conventions imposed by Nanny onto Janie are in contrast to Janie’s true desire: to find true love, thus, motivating Janie to break free from the constraints imposed onto her and pursue her personal desire. Janie’s first attempt leads her to be constrained further to her conventions and wedded into an unwanted marriage. Being further bound to convention drives Janie to run away with Joe Starks, but once again Janie is constrained to a loveless and abusive marriage. In her final attempt at living unconstrained, Janie runs away with young Tea Cake with whom she attains her desire for love and is able to live a fulfilling life. Through Janie, Hurston demonstrates that that convention bounds an individual to conformity and the only way to live a fulfilling life is to become unconstrained from their limiting circumstances.

Dissatisfaction from an individual’s conventional environment leads to the realization of their true personal desires and the motivation to pursue them. Janie, whose life was always dictated by Nanny, had begun to steal away from chores to observe nature takes its course during the spring when she was sixteen. Observing nature during the springtime had sexually roused Janie and with the ‘first tiny bloom’ Janie’s desire to find true love and subsequently a harmonious marriage had risen and her perception of the world changed. This newfound perception leads Janie to kiss a boy named Johnny Taylor. When Nanny witnesses her Janie kissing a boy before marriage she decides to marry off Janie immediately so that Janie doesn’t have to suffer a life of dishonour. When talking to Janie about her improper behaviour and having stepped away from convention- a young woman mustn’t engage in romantic affairs prior to marriage- she tells Janie that a black woman is the “mule uh de world” and there is a certain manner in which they should lead their lives. By comparing a woman to a mule- an animal that is always told what to do, must carry the weight of others and has no will of its own- Nanny ties Janie to convention even tighter. Since marriage was seen as the appropriate choice and the suitable man was Logan Killicks, solely due to his respectable status, a man who was a potato farmer. Soon after Janie realizes the love does not come as the result of a marriage, this killed her ‘first dream’ and she resigns herself to a life with Logan Killicks. An unsuccessful attempt to live unconstrained from from society results in unfavourable consequences wherein the individual finds themself in a circumstance to be further constrained to convention giving birth to the feeling of dissatisfaction. In attempting to break free, Janie finds herself, similar to a mule, being tied down to convention on a shorter leash, wherein her freedom has been reduced, in order to ensure her compliance and that’s what she does, at least for the time being.

Even though the individual has resigned themselves to their circumstances, they continue looking for the opportunity to become unconstrained and pursue their personal desires. For Janie, this opportunity came in the form of a man named Joe ‘Jody’ Starks. Janie had begun to get bored in her marriage with Logan Killicks especially after he told Janie that she’s been “spoilt rotten”. With Joe, Janie’s urge to live unconstrained from convention and escape her circumstance returns but she is unsure whether or not to go with him as she is a married woman. She is able to make her decision after she talks to Logan and he tells her that he is too good for her. So, Janie leaves with Joe and runs off to Eatonville where Joe becomes mayor. Life with Joe was unlike Janie had imagined, even though she was able to live unconstrained from the convention that was imposed on her in rural Florida, her life with Jody constrains her to completely different conventions. Jody saw Janie as a possession to show off but when he sees men in Eatonville looking at Janie he demand her to cover up her hair. So, for almost two decades, Janie had been constrained to convention and leading a life of conformity. When Jody dies, Janie tears off the “kerchief from her head” and lets down her “plentiful hair. The weight, the length, the glory was there.” Joe, for years, had been hiding Janie’s beauty by covering her hair. He covered up one of the things that he loved the most about her, by this Joe assumed power over Janie and was in control over her life. Thus, by taking off the kerchief after Jody’s death, is the symbol for the end of his oppression over Janie. The hair, then, is a symbol of Janie’s freedom which had been taken away from her. By letting it down, Janie takes back power over her own life and is free from the conventions imposed upon her by Jody. Another unsuccessful attempt at living unconstrained from convention causes the individual to resign themselves to their convention and accepting their future of conformity and unaccomplished personal desires as they have been constrained for so long that they have begun to feel like a part of convention and have become comfortable with it. After Jody’s death, Janie continues to live in Eatonville as she has become comfortable with the convention and is neither dissatisfied nor content with her life.

Previous unsuccessful attempts at living unconstrained from circumstance causes the individual to resign themselves to convention as they feel secure with it. However, when the individual ascertains the feeling of dissatisfaction that will be a result of following convention for the rest of their lives, they begin to look for the opportunity to live unconstrained from it. When Jody had taken Janie to Eatonville, instead of treating her with love and affection he used Janie as a means of gaining popularity in town and treated her as his possession. So, when Jody died, many men from town sought to marry Janie as she was the ‘perfect’ woman. Janie then realized that life in Eatonville is one of dissatisfaction as nobody truly knows who Janie is, they only know her for how she had been presented to them. Since it is only a convention that appeases the folk of Eatonville, the town of Eatonville represents convention, something that Janie wishes to live unconstrained from. Therefore, it is only when someone comes from outside of this convention that they are able to see Janie for who she truly is and help her live unconstrained from convention. That someone is Tea Cake. Tea Cake is a man of twenty years and gets to now Janie for who she truly is, behind the convention that she follows. In order to pursue a life with Tea Cake, they both leave the town of Eatonville, separate themselves from convention and go to an unconventional place, the Everglades. The Everglades was a highly conventional place as individuals from all walks of life stayed there in harmony. This is what Janie had longed for all her life. A future with someone whom she loved and to live in harmony. So, when Tea Cake dies, Janie is able to return to Eatonville and live her unconventional life as Tea Cake had taught her the meaning of pursuing one’s personal desire yet still live within convention. This is evident in the novel as when she returned to Eatonville she sees “Tea Cake with the sun for a shawl… She pulled in her horizon like a great fish-net. Pulled it from around the waist of the world and draped it over her shoulder.” With Tea Cake, Janie is able to live free from convention and pursue her personal desire of love. This is represented through the symbol of the horizon which is a representation of Janie’s dreams and being able to drape it over her shoulder signifies her having achieved those dreams. This successful attempt at living unconstrained from convention leads to the feeling of satisfaction and having lived a fulfilling and independent life. Thus, through Janie’s persistence in pursuing her personal desires she was able to live unconstrained and be content.

In conclusion, it is only when an individual perceives the dissatisfaction that comes along with convention, do their true dreams and desires surface. The longing to pursue their personal desires and live a fulfilling life motivates the individual to live unconstrained from convention and gain independence. Janie first attempts to live unconstrained and pursue true love is unsuccessful as she was living in rural Florida, a place that is signifies convention. She is then married to Logan Killicks and when she sees the right opportunity, runs away with Joe Stark to Eatonville. There, she is tied to a new convention of being a ‘trophy wife’ as Eatonville is yet another place of convention. It is only when Janie fully leaves convention with the help of Tea Cake is she able to pursue her personal desires and learn to live unconstrained from convention. In order to pursue personal desires, an individual must become independent of conventional society otherwise, they will be led into a life of conformity making these desires a mere dream.