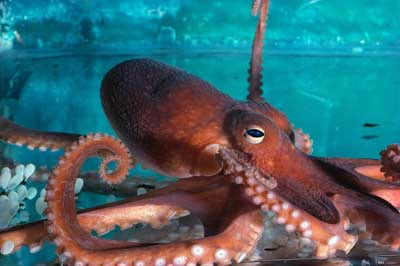 Polished Critical Essay    … the nature of motivations that direct an individual’s course of action.    Frankenstein

The driving force behind all decisions, whether impulsive of not, is one’s motivation.  People encounter motivation whenever they have a reason for their conduct. Different motivations cause people to act in various ways. This theme is present is Frankenstein when Victor Frankenstein creates two monsters but destroys the latter creation. Mary Shelley, the author of Frankenstein, demonstrates motivations by showing that as an individual faces a variety of situations, their values and reasoning change and, consequently, so do their strategies.

In Frankenstein, Mary Shelley explores the idea that people who are motivated by hope of satisfaction take measures that they know would be considered improper to reach achieve their dream.After the death of his mother, Victor went off to university and while discussing with a professor and reading more current scientific books, obtained the goal to replicate life. He stated that he wanted a new race to look to him their creator. The evidence literally expresses that Frankenstein desires to design a new species. It signifies, in context of the plot and characters, that this man, with his hope to fulfill his desire to create life, studies the nature of life, isolates himself and creates a being all the while his human nature is disgusted. It is important because when one has something they dream of, it can cause them to take dark routes to get their prize. People decide that that motivation is more important than others and their actions lead them to lack security.

Mary Shelley, author of Frankenstein,  asserts that the wish for security directs an individual to do illogical things. After telling Victor his story, the monster asked Frankenstein to create for him a female companion. The monster stated that if Victor allows his life to be miserable, then he will make Victor’s life miserable. After he considered the safety of his loved ones, Frankenstein agreed to repeat an act that he swore he would never do again. Literally expressed by the evidence is that Victor Frankenstein was willing to bend to the monster’s will. In context of the plot and the characters, it signifies how Victor has seen the results of a deed yet is willing to repeat a project that repulsed him to halt the carnage that the monster is threatening. As humans, individuals want safety, they desire to avoid the injury of themselves and their relations. This motivation greatly influences a person. The reason this is important is that once directed for this need of safety one will be willing to do the unthinkable. The illogical things a person does when reaching for security will result in regret over those actions.

Another argument made by Mary Shelley in Frankenstein is that when the need to be rid of regret is one’s motivation, an individual will be directed to make up for their previous mistakes. In Scotland granting the request of the monster, Frankenstein decides that even though the monster says he would leave Victor alone once he makes a companion for him, there is no guarantee that he will. Frankenstein analyzes the monster’s previous actions, his murder of William, he decides that his creation cannot be trusted and he destroys his unholy assignment. Expressed literally in the evidence is that Victor will not allow the monster to make demands of him as he cannot guarantee his monsters will not be a problem for others. The significance of this evidence is seen as the regret of creating the first monster was so bad that Frankenstein decides that anything is preferable to gaining more regret by creating another abomination. An individual seeing that regret is destructive and being motivated to redirect themselves from a collision course with self-loathing is the importance of this evidence.

Throughout the novel Frankenstein, the hierarchy in Victor’s brain is restructured from desire for satisfaction to the wish for security left finally with the hope of freedom from regret. As the weight of each of these motivations change, the way Victor Frankenstein directs himself shifts. The chance of being able to recreate life taunts Victor and though he instinctively knows that what he is doing is wrong, he continues towards his satisfaction. The security of Victor’s loved ones then becomes a priority to him and in order to pacify his greedy predator, Victor humors his request against his own guilt. Lastly, to abstain from being responsible for the potential mass destruction his monster could cause, Frankenstein aborts his project and leaves himself at the mercy of the monster. As one goes through life, one’s motivations will change, but in order to bypass difficult situations, one must look at the bigger picture.