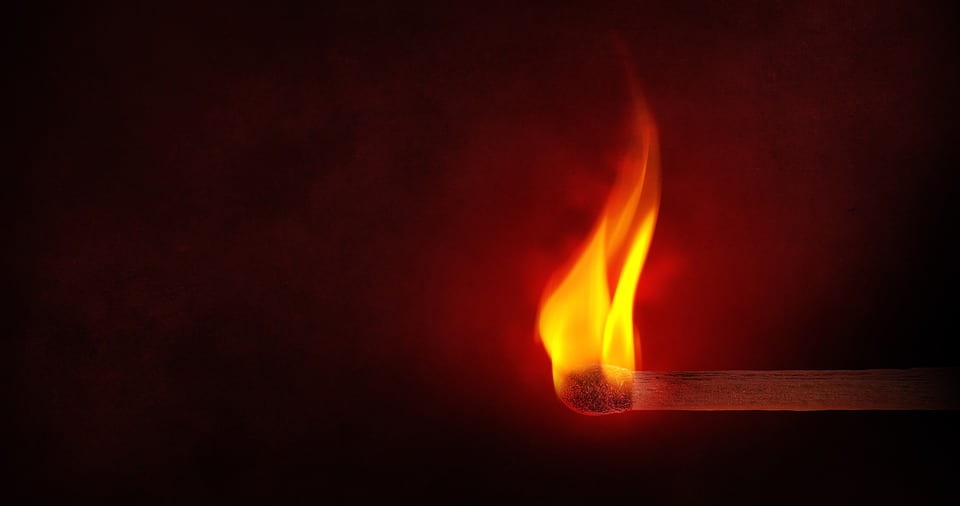 The nature of motivation that directs an individuals course of action

All humans have an innate need. Something that they must have to feel satisfied. When discovered, an individual will stop at nothing to achieve this need; there is a force within them that drives their actions: Motivation. One’s motivation will dictate all courses of action to satisfy this need, regardless of an individual’s morals. Any threat will only increase the intensity of these actions. Yet, if the motivation is gone, so is one’s course of action. These ideas are demonstrated in the novel Frankenstein, where the character of the Monster is seen consistently facing isolation from humans in the novel and develops a need and thus a motivation to attain companionship. Initially, he shows oblivious kindness to the DeLacys, regardless of the pain humans have caused him before. However, when this fails, the Monster acts aggressively, killing two of Victor Frankenstein’s friends for Victor’s attention. Finally, when the last potential companion in the Monster’s life, Victor, dies, the absence of motivation within the Monster halts any further course of action as the Monster kills himself. Therefore, when a lonely individual has an internal need for companionship, motivation to achieve it will consciously and subconsciously dictate all further courses of action to focus on gaining friendship. More specifically, any setback to this need will only make their motivation stronger, leading to riskier, more dangerous actions. However, when this need cannot be met, there is a loss of motivation and, therefore, no course of action.

One’s motivation provides the reasoning behind their actions. If there is even the tiniest shred of opportunity to have companionship, the Monster’s motivation will find a reason to go after it. This is depicted in the novel shortly after the Monster is brought to life; he realizes his state of isolation once he wanders into many villages and is chased out with torches of hateful flame and pitchforks of ignorant steel. This lack of connection lit his own need of a companion and, furthermore, sparking a candlelight flame to his motivation. Subsequently, when stumbling upon the DeLacey family, his motivation causes him to naively hope they will treat him with kindness, which past experience proves differently. The Monster fetched wood and learned their language solely in hopes of satisfying his motivation for companionship. The Monster’s unwavering motivation causes him to turn a blind eye to the reality of his situation and forces him to take his course of action even further by working endlessly to achieve it. Motivation has one sole purpose: to perform a specific goal through one’s course of action. It does not acknowledge consequence or reality, and only looks out for its idealistic beliefs; this is mirrored in their actions. With innocence, naive motivations follow the same innocent, inexperienced course of action.

Motivation will not cease when one’s current course of action does not achieve its goal. Instead, it will add fuel to the fire to find an opportunity to succeed. The Monster has fired up enough hatred towards his creator, Frankenstein, that kills his brother William. Yet, after only a short passage of time, the Monster looks back to Frankenstein for help. The fire, the roaring motivation within the Monster, is hotter than his fire of hatred for Frankenstein, which forces him to face the one person who has created isolation in his life and asks for a favour. The Monster’s motivation fires up from desperation, demanding that Frankenstein make an Eve to his Adam, and threatening to satiate “the maw of death” with the blood of Frankenstein’s remaining friends if he does not. The raging fire within the Monster is apparent through his shift in character. What once was kind-hearted and naive is now voraciously violent. As the Monster grows increasingly desperate for a companion, his motivations have turned a previously innocent his course of action to one of potential cruelty and consequence. Motivation seeks to achieve its goal before morals. Through this moment, it is apparent that one’s motivation can change one’s course of action to evil by providing enough reasoning behind one’s actions. It can dictate the minds of people to value things such as companionship over select morals.

When the fire of motivation within the individual gets put out, they are left with no purpose or reason to take any further course of action in the future. After the monster’s request for an Eve is rejected, he sees Frankenstein as his last chance to have a companion, regardless of the fact of their hostile rapport. Even as an enemy, Frankenstein can be someone in the Monster’s life. The Monster loses his motivation as he kills himself in the Arctic Ocean after finding Frankenstein dead. The readers can see his utter depression and loss through his tears over Frankenstein’s dead body. His need for companionship is completely lost as he sees that he has lost the battle; he realizes that he has no one left. If the fire is already out, there is no reason not to jump into the water. One spends their entire life having their actions dictated by the fiery motivation within them. When that motivation is taken away, they are stripped of purpose- of reason. It halts any further course of action they take as there is no point in carrying on if there is no conscious or subconscious reasoning behind it. The fire within us gives us light and direction; without it, we are left in the dark, with nowhere else to go.

A lonely individual develops an internal need for companionship, and therefore the motivation to achieve it will consciously and subconsciously dictate all further courses of action to focus on gaining friendship. Initially, the Monster develops his need for companionship after being abandoned and discriminated by his master and the people around him. He obliviously chooses to unnecessarily help those around him with the false hope of potential companionship. As his motivation grew stronger, he became willing to select his need for companionship over his need to be moral, leading to his return and threaten Frankenstein. One’s motivation: one’s fire gives us light and purpose for all our actions. When that fire grows more prominent, it can make one blind to the potential consequences of the decisions around them to satisfy their needs. However, when that fire is gone, we are left with nothing but darkness.