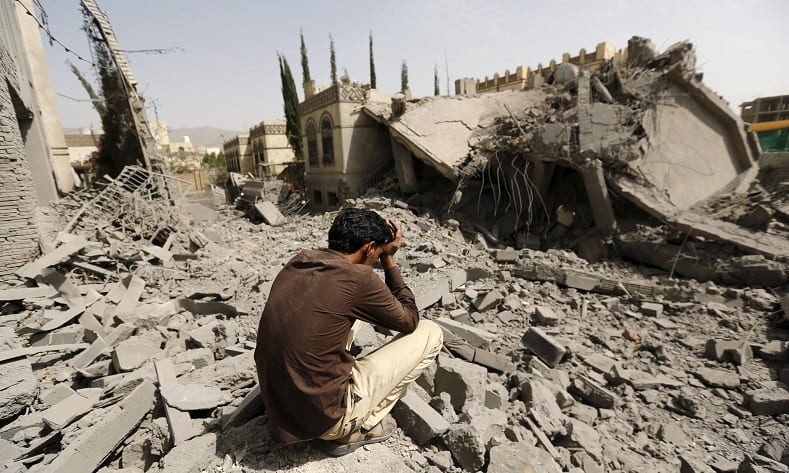 … the nature of motivations that direct an individual’s course of action.

It is in the nature of all individuals to seek belonging and a place within society, as it is a human necessity to feel loved and welcomed in the presence of others. It is commendable and encouraged for people to seek interaction to form strong bonds with others. Being motivated to find a place in society is a completely pure intention as it causes us to want to love others. The Monster from Mary Shelley’s novel Frankenstein struggles with finding such relationships within his life. Although initially, he is able to look past his failures and continue in the good-natured quest for belonging, soon, he develops resentment for those who do not welcome him into their society. He is initially motivated to do good and benefit others, but this motivation becomes destructive once he develops feelings of revenge. This is demonstrative of how individuals with virtuous motivations carry out their actions in a way to benefit others. However, those who have their motivations changed by society in a negative way have their actions shaped in such a way that they are unable to benefit others and instead cause terror and harm. Inevitably, however, such individuals eventually realize that their destructive course of action does not remove the ache of being unloved, as one who destroys another is no better than who he was tormented by. An individual’s destructive course of action is directed by the nature of destructive motivations, which is formed by the unwelcomeness they have faced in society. However, once this destructive course of action becomes reality, they regret their destruction after realizing that one who harms others is no better than those he was tormented by.

Frankenstein’s Monster is an ugly, despised being – to the point where even his own creator, who laboured endlessly into his creation, fled at once in terror of the being he had created. At first, the innocence of The Monster is what draws him near human civilization. Hungry and cold, he first experiences how horrified others are of him, which causes him to retreat into the woods. The monster tries to integrate within society; however, he is unable to do so, as he is always beaten back and seen as a threat. At this point in the novel, he is innocent and does not have an understanding of his nature of motivation. He has no motivation in life besides seeking food and shelter and avoiding humans who will undeniably hurt him. To his naive eyes, other beings are cruel to him, and so he eventually seeks and finds shelter within a boarded up alcove at a cottage, hidden away from tormentous beings. Here, he witnesses the warmth of the De Lacey family and develops a fascination with their love for each other. He longs to be a part of their life, and so begins to try and help them whenever possible: for instance, placing firewood outside their home each night. This demonstrates how the nature of The Monster’s motivations are pure; he seeks to belong in society and goes about it in a peaceful way that benefits others. His awe of the De Lacey family is a respectful one; he does not terrorize them; instead helping them in the limited ways that his young mind knows how to. It is with the De Laceys that he understands the difference between cruel humans and loving humans. To The Monster at this point of the novel, he has seen the good and the bad of humans, and believes that the good humans might be able to look past his appearance and give him a chance to begin a relationship of love. His course of action is thus influenced in a pure and moral way to benefit others in his quest to find belonging.

The Monster has a change in his nature of motivation once he feels true pain and sadness for the first time. Whilst hiding in the alcove of the De Lacey home, he overhears their conversation and develops a basic understanding of how their lives function. When Felix De Lacey begins teaching the Arabian, Safie, the native language, The Monster also learns and is able to begin reading novels that he finds later on. Some of these novels, like Paradise Lost, teach him about the origin stories of the world. He learns about Adam, God, and Satan, and begins to question his own role in the world. He also learns for the first time about pain and loss through these novels, as well as death and revenge. This is his first learning experience of people and their places in the world, and these stories shape his expectations of what he wants. So, after a long while of waiting and learning, he finally enters the De Lacey household and tries to engage in conversation with the members of the family. Although he initially succeeds in talking to the blind old man, he is violently chased away by Felix, the son. He was hated by those who he longed to live with, those whom he loved and cared very deeply for. The Monster, enraged by the betrayal and sadness he feels, lights fire to the cottage after the De Laceys have left. After reading about the origin stories of Adam and the world, The Monster tries to find his role in the loving household of the De Laceys but is once again violently rejected, this time by those whom he felt most connected to. At this point, his motivations begin to shift into destructive ones, as he has the belief that mankind is cruel and will never let him belong. Initially, his motivations were pure, as he only wanted to be loved and help the De Lacey family. Now, his rage shifts his motivation: if he “cannot inspire love…” “(he) will cause fear”. The new motivation within The Monster directs his motivation in a way that inspires hate and destruction within him; causing his course of action to also be destructive.

Individuals who turn from a destructive course of action due to being unwelcomed by others do not find satisfaction, as they realize that being a destructive force makes them no better than their own tormentors. At the end of the novel, The Monster becomes infatuated with a deep quest of vengeance for his creator, as he feels unloved and unwanted, and so instead chooses to force these feelings upon Victor. After Victor denies to make The Monster a female partner, The Monster becomes enraged and swears that he will destroy all those whom Victor loves. At this point in the novel, The Monster’s motivations aren’t to be welcomed and loved by others, as he has realized that he will always be feared and detested. Instead, he wishes to inflict pain upon Victor, by killing those he loves. As he is much stronger than normal humans, he is able to easily kill off all of Victor’s loved ones: starting with his best friend Henry Clerval. He goes on a genocide; killing Elizabeth, Frankenstein’s fiance, which causes Victor’s father to die of grief as well. He seeks to hurt Victor in the same way that he himself was hurt by the rejection of society. In the Arctic, Victor is fully removed from all his loved ones, and eventually dies on board the ship. However, The Monster promptly enters the room and has an extreme character change and realization. At this point, he understands that his quest to ruin Victor’s life has finally ended, but was pointless all along, as now he is truly alone, and is a horrible sinner for tormenting another in such a way. The Monster has accomplished his goal: revenge on the man who birthed him into a horrible and cruel world. However, now he feels that he is no better than the people who have hurt him, as he has killed so many and tormented his creator. This leads him to proclaim his sins and pledge to travel to the coldest extreme of the world and burn himself to death so that such a destructive monster may never be created again. Had he felt satisfaction upon killing Victor, he would have continued on his quest of the murder of the human race, as he promised Victor before. Instead, he realizes that his violent course of action reconcile within him the pain that humanity had instilled because now he is truly alone and understands that being a destructor only adds to the pain that he felt. The Monster’s realization provides insight to the idea that individuals who realize that their destructive course of action does not remove their pain of not belonging, lose their motivation to destroy others.

An individual’s course of action is determined by the nature of their motivations. As it is basic human nature to want to belong, those not welcome in society can develop the motivation to strike out at others and make them feel pain. This is the pain that an individual themselves has felt from those who have tormented them in the past. In Frankenstein by Mary Shelley, the character of The Monster allows us to witness the effects of not belonging in society and how his motivations are developed because of that. This causes him to be motivated to destroy, which makes him follow the course of action of systematically killing off all of his creator’s loved ones, in an attempt to make him feel the pain that The Monster has felt. However, he eventually realizes that causing torment to another being does not make him better, because he is merely doing the same that was done to him. This evidence illustrates how individuals who have the motivation to destroy follow the course of action that inflicts pain and suffering upon others, but this causes them to eventually realize that the motivation to cause suffering does not heal one’s own suffering, eventually removing them from their tormentous motivations.