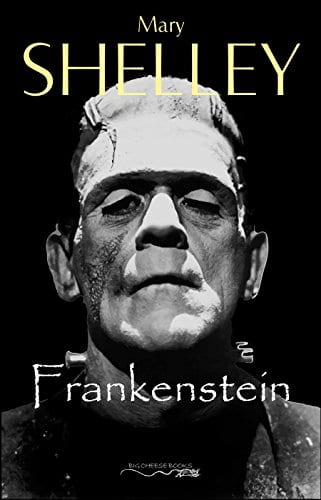 The magnitude of one’s motivations is the central influence to one’s actions. As an individual desires to do something, their motivation is their acting principle. At the threshold of action, one’s situation begins to alter as they act upon the external influences revolving around them. It is when this individual’s ambitious desires direct their actions, that they can begin to accomplish their goals. In Frankenstein, Mary Shelley develops the idea that one’s ambitious motivations are the greatest influence that direct an individual’s course of action in achieving their goal. It is with these motivations, that one does what is needed in order to achieve their life goals. Once one is met with external influences, their course of action changes in response to  one’s surroundings. Portrayed through the hardships of the monster, Shelley conveys the idea that one’s optimistic ambitions, in regards to their future, can be altered when one experiences difficulties in achieving their goals.

As one sets out on their journey, their motivations begin with optimistic belief that all will end as intended. Directed through the monster, Mary Shelley portrays the hopeful future and how one must work hard to achieve their goals. Upon creation, the monster continually sought out human contact which drove him to begin to analyze human society in the hopes to integrate into their culture. It is when the creature reaches the DeLaceys homestead, that he stops to admire the relationships of mankind. Determined to learn everything he can, the monster remains hidden at the DeLaceys as he studies their language,  mannerisms, and the novels he acquired. This motivation to remain the DeLaceys expresses the monsters desire to do everything he can to integrate into human society. With hard work, an individual has the capability to reach their goals even despite the conflict of obstacles along the way. It is when an individual puts a mass amount of effort into their goal, that their motivations truly inspire their actions.

In reaction to extreme external influences, an individual’s motivations begin to change as a result of the change in their goal. It is through this change, that an individual’s course of action is influenced by one’s new desires and goals. With great eagerness, the monster is now ready to meet the DeLacey family in his true form after numerous hours studying the family. Upon contact, the DeLacey family is horrified of the sight before them and are frightened by the sudden appearance of the creature. The result of this negative encounter causes the monster to become angry and his perception of human society is quickly reshaped. Looking into a nonexistent mirror, the monster saw his reflection as though he was simply another individual in the vast universe. After his interaction with the DeLaceys, the mirror shattered, revealing the true creature beneath. With his hopes shattered into glass shards, the monster’s course of action is no longer influenced by the need to connect with humans. The integration of external influences causes one’s course of action to derail as their goal has a new destination. As an individual’s end goal is altered due to the contact with external influences, one’s motivations are remodeled in order to fit their new perception of their situation. With new motivation, one’s course of action follows their ambitious desires that are closely tethered to the unfortunate reality of their situation.

Once an individual comes in contact with the reality of their situation, their motivations are now altered. When this event occurs, one must be diligent in their work to have maximum efficiency in their course of action. Expressed in the monster’s journey after his contact with the DeLacey family, one must continue their course of action to achieve their end goal. After realization of his true situation as an unwanted creature, the monster pursues a life away from mankind. In conjunction to his need of secluding himself, the monster also has a pronounced desire to acquire a female companion. It is with these motivations, that the monster continually torments Victor Frankenstein in order to obtain his companion. With new goals in place, one becomes obsessed with achieving them. Once an individual finds a mass amount of motivation to fuel their actions, their pursuit for their goal is never ending. It is with a great desire that one will not stop until their course of action ends at the threshold of their goal.

Influenced by one’s motivation, one’s goal must be met with extensive hard work in order to obtain what is needed. It is once an individual shifts their ambitious desires from illusion to reality, that their course of action reflects new realistic goal. As one begins their journey with their ambitious desires, their actions portray their hopeful future rather than the cold reality. Seen through the monster, his desire to integrate within human society is expressed through his diligent studying of the Delacey family. It is not until an individual comes in contact with external influence that their perception begins to change as does their goal. As a result of the monsters interaction with the Delaceys, his goals were shifted as was his course of action. Once this process occurs and one sees the reality of their situation, one begins to acquire new motivations and desires that reflect their perception. In order to achieve their reshaped goal, and individual must act diligently to obtain what is needed. In relation to the novel, the monster clearly shows his ambitious desire to find himself a female companion through his relentless torment of Victor. Reflected throughout one’s life, one’s motivations are continually changing with the contact of external influence. It is when one works hard in relation to their motivation, that their ambitious desires truly direct an individual’s course of action.

2 thoughts on “Motivations of Frankenstein”