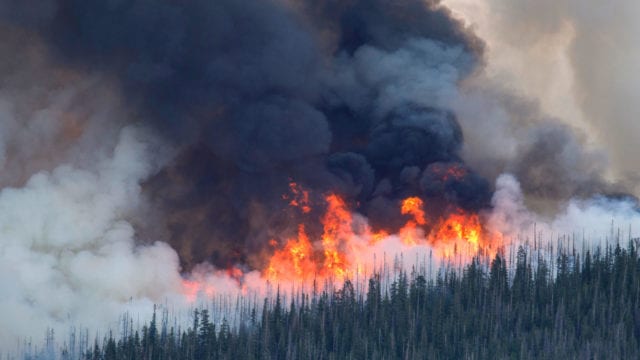 …The significance of idealism and truth in an individual’s life

Behind every action is an ideal. A desire to achieve inspired by speculated realities. Oftentimes, individuals are unable to perceive the falsehood of such speculations; such individuals become susceptible to failure – and may be unable to withstand the truth of their actions. In Mary Shelley’s gothic novel Frankenstein, through the character of Victor Frankenstein, it is seen that an individual whose ideals are formed on imagined satisfactions is vulnerable to a deceptive reality, whose truth may become permanently haunting – driving an individual to madness. Victor is deluded by his ideals and the outcome of his vision, hence he is unable to foresee the inevitable horrors of his actions, the reality of which, deteriorates an individual as prestigious as he is.

Victor Frankenstein is undoubtedly among the most knowledgeable of people. His talent shows potential which is limitless when accompanied with his work ethic – going to means such as self-negligence to complete a task. However, as knowledgeable as he is, he is wholly driven by the vision of his ideals. These “enticements” motivate Victor to neglect the possible consequences, and “conquer any fear of danger or death” (2). Victor’s endless drive to accomplish his task is embodied in his explanation for his ill person was his being “so deeply engaged in one occupation, I had not allowed myself sufficient rest” (37), in that his desire for immediate results, to be able to witness his vision, was so immense that he ignored the truth of his capabilities as a human. After all of this, Victor’s illusions are shattered once he sees the horrid appearance of the monster – the truth of his actions as different from his ideals causing him to seek immediate refuge from his own creation.

Once again, with the ideal in mind that his abandonment of it will resolve the issue, Victor is caught off-guard when he hears about the death of William, and finds the monster on his way home – recognizing who the true murderer is. The reality of the situation further holds Victor responsible once Justine is put on trial and killed, which spurs Victor to search for a chance of repentance. This is given by the monster’s request of a female monster – which Victor is convinced of in order to restore his original state of being; another imagined ideal. With the ideal in mind, Victor once again neglects the consequences, this time in falsely raising the monster’s hopes, which are destroyed with the destruction of the second creation. Victor does this in acknowledgement of the previous result of his actions – the truth – and does not wish to repeat his mistake. However, without consideration of the effect on the monster, Victor could be said to have once again acted on an ideal which prevented him from being able to recognize every aspect of the situation. With the monster unhappy, and killing more people, Victor is further held accountable; which marks the descent of his sanity.

This insanity is brought forward by the deaths of Henry Clerval and Elizabeth – two important figures in Victor’s life, and the fear for his father and Ernest. Victor’s insanity stems from the guilt he feels from his responsibility of creating the monster, of abandoning it, and of failing to meet its needs; all factors feeding its capabilities of murder. This sense of responsibility is seen when Victor’s father mentions that he “traveled to seek happiness, but a fatality pursues [him].” (133). Although his father says it in the implication of misfortune, Victor sees it as the truth of the circumstance – his actions have led to the deaths of all he has loved; fatality is a path Victor has unknowingly paved in the hopes of his dreams. The reality of his responsibility brings in him a madness which is directed towards the monster, with the ideal of vengeance. Once again, the protruding thought of the repentance he could redeem himself with causes Victor to overlook the feasibility of his actions – the fact that he cannot kill this massive creation of his – and pursues wildly in madness. The constant reassurance one feels in their ideals, which are then crushed by the disappointments of reality, will eventually drive an individual into insanity, as it did Victor.

In Mary Shelley’s gothic novel Frankenstein, Victor Frankenstein’s character is used to portray that an individual’s belief in their ideals will cloud the consequences of their actions, whose truth may forever haunt the individual. Each of Victor’s actions had a supposed purpose behind it, however, the consequences were unspoken of for the sole reason that Victor was unable to see past the allure of his desired destination. Such a decision often results in broken dreams, as seen with Victor’s reactions to the unseen truths which he discovers only in time to regret, and the guilt of which drive him mad. The conflict between an individual’s ideals and their truth can only be reconciled in the perspective that both are accounted for – we cannot choose to be satisfied in one, and if not that, to indulge in the other.