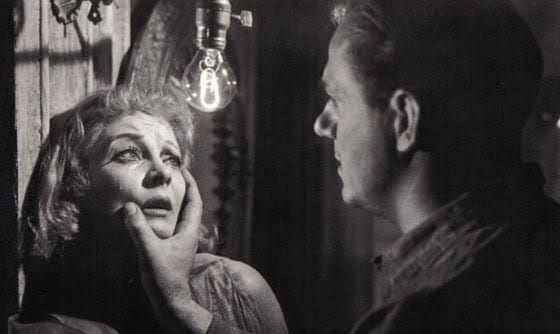 The significance of idealism and truth in an individual’s life?

An Endless Pursuit of Fulfillment

Often times, the brutality and pain that arrives with truth can become unbearable; however, we are able to cope with this pain by looking at our ideal self as we find fulfillment when we are a reflection of what we wish to be as opposed to what we truly are. The truth shatters our ideals and forces us to look at the blinding light that is reality – a reality that lacks any feeling of satisfaction. Ultimately, this is why we, as individuals, create an ideal self of who we are as it leaves us feeling fulfilled and, therefore, content. In the modern drama, A Streetcar Named Desire, the character Blanche is shown to be a faded woman who can’t cope with the truth in her life, so she creates an ideal self that gives her satisfaction. Tennessee Williams exemplifies, through Blanche’s ideals, that an individual will create an ideal version of his or her self – becoming a reflection of who they want to be while hiding who they actually are – in an attempt to find fulfillment.

In life, individuals will commonly have an experience that reveals how unsatisfying and unfulfilling the truth can be, which will act as a catalyst in making them create an ideal image of who they would rather become. Blanche adored her first love Allen Grey to such an extent that she idolized him. She was innocent and fragile as she never had experienced love before, and he appeared to be the one that she would remain with. However, in a world that holds such brutal truths, Blanche finds out about his homosexuality, and she confronts him about it – rudely remarking on how she sees him as. This drives Allen to commit suicide, and as Blanche witnesses his dead body she feels suffocated with guilt. The “spotlight on the world” turned off for Blanche, and she began living under her illusions – creating an ideal image of what she wanted. In order to fill the emptiness that she felt in Allen’s absence, Blanche goes out and has many intimacies with men. Although this void can never be filled, temporary satisfaction is all she needs.  These other men give Blanche what Allen couldn’t ever give her – the feeling of being desired.  Each intimacy with a new stranger gave her sexual satisfaction until everyone became aware of Blanche’s truth. Ultimately, Blanche loses Belle Reve – or beautiful dream –  which parallels the loss of her ideal self. Individuals that find satisfaction from following their ideals will do whatever it takes to find this feeling of satisfaction again to the point where it becomes an addiction. The unfulfilling truth allows individuals to recognize the satisfaction that can be found through illusions – even if its temporary. Likewise, Blanche realizes this and continues to find ways to keep her true self hidden so that her ideal self prevails.

After an individual no longer is capable of maintaining the image that they have worked to create, their inability to reconcile the conflict between idealism and truth will push them to recreate their ideal persona under different circumstances. Trying to find this feeling of fulfillment once again, Blanche goes to live with her sister Stella Kowalski and her husband Stanley Kowalski in the town of New Orleans. When she meets Mitch, she wants him to comfort her but does not reveal her true self and continues to maintain a “prim and proper” appearance. He loved her for who she was until just like her ideals, her relationship with Mitch was lost as well. Blanche finds solace in the darkness – a place where her flaws are concealed and she can recreate herself. There is a sense of comfort that can be found in the darkness; after living under the “spotlight” for so long, there is a relief that comes with being able to hide herself. Attempting to bury her past, Blanche wants everything to be forgotten so that she is able to start afresh, but the burdens of the past can never be so easily liberated. Blanche’s desire to be desired and to find that sense of fulfillment that she got from her previous sexual improprieties is the main driving force behind why she wants others to see this ideal version of herself. Gradually, Blanche is wearing away, and even her ideal self is losing its clarity.  Through this revelation, Blanche is not even a real person; she is merely an incomplete portrait that wishes to come to life. The truth is illuminating and will crumble all the lies that an individual has worked hard to maintain. Individuals on their journey to find fulfillment will use deceit to maintain their ideal image; however, despite knowing this truth, Blanche is adamant about holding on to her ideals as it is the only comfort she has in this brutal world.

If an individual does not let go of their ideal self, they will eventually experience a rude awakening that will make it difficult to distinguish between their ideals and the truth. Until now, Blanche has created a glorified reality in which her ideal self has prevailed; she has made several attempts to hide the truth and to misrepresent who she is so that she can continue living on in this fantasy. However, Stanley Kowalski – who is the epitome of masculinity – can see through the facade that Blanche has put up and cannot stand it. He is a rugged man who lives his life by facing reality and believes that it is cowardly to hide from truth as it will inevitably resurface once again.  Near the end of the novel Stanley rapes Blanche;  her family’s name and status made Blanche perceive herself to be superior to Stanley which is why when she got raped by him, her ideal self that she had maintained for so long was shattered. By getting raped, she lost the control that she previously had over the men that she seduced; this gave all the power to Stanley and now all the cards are in his hands. It becomes apparent that the pursuit of her ideals only ever remained as a pursuit. Maybe individuals are never meant to find their ideal selves, but rather chase after it – endlessly. Despite being faced with the cruelty of reality, individuals will continue to hold on to the ideal image that they created for themselves as it is all they have left. These individuals consider their ideal self to be reality which now makes them capable at finding fulfillment for the rest of their lives – hiding behind a mask of who they want to be. Although Blanche is now suffering the internal struggle between her ideal self and reality, she will now remain forever satisfied in unsatisfying circumstances.

Fulfillment can be found when individuals hide the truth of who they actually are and live behind a mask of their ideal self. By evading reality, these individuals are able to find satisfaction in having others perceive them how they want themselves to be perceived as. Blanche can’t deal with  truth in her life as she associates it with pain and brutality; this is why she deceived the men she had interactions with – to find satisfaction through her ideals and not have to face the truth . By glorifying the reality of who she was, Blanche lost sight of the truth to the point where she no longer had control over the ideal image that she created. Blanche permanently became the ideal woman she always wanted – beautiful, desirable, and alone. For her, the real world became too unbearable and she wanted the one thing that it couldn’t give her – a feeling of fulfillment.