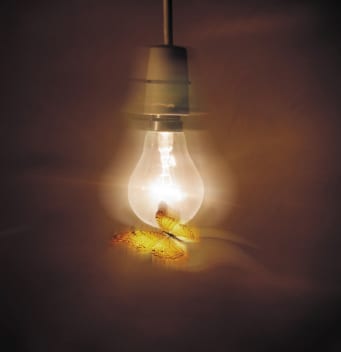 PROMPT: Discuss the idea(s) developed by the text creator in your chosen text about the role self-perception plays when individuals seek to reconcile the conflict between illusions and reality. (June 2014)

When faced with disgrace as a result of scandalous behaviour, the ensuing shame felt by that individual often compels them to conceal the truth in an attempt to create an illusion of their past glory; because of this distorted self-perception, the individual may soon find it more and more difficult to reconcile illusion with reality as the lies become more deeply entrenched within themselves. Thus, when this fragile fantasy is threatened by the harshness of reality – whether it be through another individual’s refusal to be fooled by illusion or the occurrence of a traumatic event – said individual may be forced to retreat deeper and deeper into their facade, thereby causing their own downfall as illusion completely consumes any vestige of truth. In his modern drama A Streetcar Named Desire, playwright Tennessee Williams describes the life of Blanche DuBois who, in a desperate attempt to hide the truth about herself due to a shameful past and her self-perception as a fading beauty, ultimately loses all contact with reality when the illusions she tries to uphold prove to be different from the way others see her. Through Blanche, Williams explores the idea that individuals seeking to avoid the truth by adopting an illusory facade never truly attain the glory they seek, ultimately proving that a distorted self-perception can prompt individuals to take measures that may hinder, or even prevent, the reconciliation between illusion and reality.

When one perceives the loss of glory through a disgraceful event, individuals seeking to reclaim the dignity they formerly had often create a sense of illusion for those around them in order to restore their reputation and hide away the truth. Prior to the beginning of the play’s events, Blanche finds herself in a disgraceful situation involving an affair with one of her students, which forces her to lie to her sister, Stella, and to her brother-in-law, Stanley, when she visits them in New Orleans. Upon meeting her sister for the first time in ten years, Blanche prompts Stella to ask about why she was away from the school, to which Blanche replies that she was told to take a leave of absence by her school’s superintendent in order for her to “calm her nerves”. In this scene, it is evident that Blanche is anxious to hide the truth. In her desperation, Blanche desires to create a sense of illusion, even to the point where she “volunteers information” without having been prompted by her sister. She continues this charade when she lies about her drinking habits, claiming that “one was her limit” when, unbeknownst to Stella, Blanche drank some of her husband’s liquor even before she was offered a glass. This attempt to hide the truth emphasizes the idea that Blanche, wanting to restore her reputation, creates illusion at the expense of the truth due to a lost sense of dignity. This is only strengthened by a self-perceived notion of deterioration in terms of youth and beauty, which prompts her to avoid harsh light which she fears may reveal her true age – this physical manifestation of her fear only serves to reflect her desire to conceal a deeper shame, a desire that compels her to conjure the lies surrounding her life. Thus, individuals who find themselves wanting to attain their former glory create a sense of illusion in order to disguise a newly established truth. This can generate a sense of desperation, which may compel them to assert this fantasy even without being prompted, thereby leading the way to the atmosphere of distrust that may follow when another begins to see through the facade. Likewise, by adopting a false sense of self, Blanche adopts an air of insincerity, which may begin to arouse suspicion and eventually start to threaten the illusion’s fragile existence as those around her refuse to fall for the lies that Blanche has conjured.

When wanting to create a good first impression, individuals often accentuate what they deem to be the best parts of themselves, whilst downplaying others – this self-perception can dictate the truths an individual may choose to either show or conceal. In adopting this distorted view of truth, individuals may begin to take desperate measures in an attempt to keep up their illusions, even at the expense of their relationships with those around them which may begin to break apart as an individual’s self-perception diverges from the perception of others. When Mitch, one of Stanley’s friends, expresses an interest in Blanche, she expresses a mutual affection for him and they begin to see each other. However, Blanche, afraid of Mitch’s reaction to her true self, hides away the facts concerning her age and her weight, even going so far as to only go out in dimly-lit places in order to conceal her features reflecting her real age. At this point, Blanche is aware of who she really is – the fading southern belle who can no longer “turn the trick”. Through this self-perception, she disguises reality by encouraging an illusion. In her budding relationship with Mitch – whom she wants to eventually marry – Blanche is forced to maintain her illusions, which control their relationship and determine where they go, depending on the presence of light. This leaves Blanche trapped, as she is unable to face the harshness of truth and escape the limits of her illusions. However, the lack of sincerity in Blanche’s actions eventually lead to a deterioration of her relationship with Mitch, who, disgusted by Blanche’s untrustworthiness and angered by her deception, breaks off their relationship. When her illusions find themselves unable to take root, then, Blanche begins her full descent into her fantasy world, as suggested when she dresses herself in a white satin gown and a rhinestone tiara. Thus, individuals who seek to establish good impressions on others through deception often pave the way for their own deception: they deceive themselves as being better than what they truly are. When the falseness of this deception is perceived by others, individuals sensing a threat to their illusions may seek further refuge in the comfort of their fantasies, thereby preventing them from ever truly reconciling illusion and reality. Blanche, in pursuing a relationship with Mitch, brings along her fantasies, the fallacies of which ultimately causes the break of their relationship and Blanche to lose touch with all reality. She is forced to retreat deeper when the harshness of this truth manifests itself not just in her failed relationships, but also in the unforgiving – and often traumatic – experiences that can be a part of life.

Given enough time, illusions created for the sake of deception as a result of self-perceived disgrace begin to seem real, eventually becoming deeply-held ideals that can make it impossible for illusion and reality to ever be reconciled. After five months of living in Stella’s home, Blanche’s illusions have now become entrenched in her psyche, affecting the way she interacts with other people. Despite the cracks made in her false facade by Stanley’s probing inquiries, Blanche – refusing to let go of her illusions – maintains her appearance and even involves the lives of people in her past life in the creation of this fantasy. When Stanley presents Blanche with a ticket back to Laurel, Mississippi, Blanche grows distraught as she cannot face the humiliation of her past life. Later on, however, in an attempt to hide her shame and assert her dignity, she conjures up a story of how an old boyfriend of hers, Shep Huntleigh, sent a telegram inviting her on a yacht to the Caribbean. Stanley, seeing through the lies, refuses to believe her. Tired of her dishonesty and angered by her illusions, Stanley then commits a grave assault, raping Blanche and finally destroying the sweetness of illusion with the harshness of reality. Instead of coming face-to-face with the cold facts of truth, however, Blanche only retreats deeper into her fantasies, finally sealing her in her personal world of illusions. Even a few weeks after the traumatic event, Blanche still maintains the story of Shep Huntleigh coming to bring her on the cruise, thereby proving the deeply-seated effects of long-held illusions. By the end of the play, Blanche can no longer discern the difference between illusion and reality, thereby proving her inability to reconcile the conflict between them as a result of misguided self-perception. This is emphasized in the scene where Blanche discusses the colour of her jacket, saying, “It’s Della Robbia blue. The blue of the robe in the old Madonna pictures.” Though symbolic, the colour represents Blanche’s belief in her own self-reclaimed virgin identity, proving that she can no longer see the difference between falsehood and truth. Thus, individuals who carry on a facade often fail to truly regain the sense of dignity they perceive they have lost. When the falsehood of their fantasies pervade every aspect of their life, they may begin to see it as the truth – in the wake of an event attempting to destroy all illusion in favour of reality, they may only be prompted to go deeper into it in a final attempt to erase all semblance of the truth they desire to escape. Blanche, faced with the harshness of reality through Stanley’s crime, goes deeper into her fantasies in order to block out its cruelty, ultimately trapping her in a life of falsehood from which she may never again escape.

The sense of lost glory can prompt an individual to claim a false one in place of what was there before; through this falsehood, they try to gain the glorious reputation of a past life at the expense of the truth before them. In first adopting this sense of fallacy, they may seem too rushed in their eagerness to hide the truth, which can begin to lead to a deterioration in one’s relationships with others. Finally, when the existence of this illusion is threatened by the cruelty of truth,, it often does not take too long before it begins to invade all aspects of life, firmly entrenching the individual in a world of facades and dishonesty as they try to escape its harshness. In A Streetcar Named Desire, Williams asserts this truth, warning of the consequences of pursuing illusion at the expense of reality as is seen through Blanche, whose demise comes after she tries to blot out the truth in her life. Because of self-perceived disgrace and fading glory, she attempts to glorify herself through the adoption of a false persona, ultimately leading to a different self-perception that leaves her in a world of fantasy. This marks her as a woman not of the youth and beauty she so desired, but of the desperation and sadness that haunted her throughout her adult life, even in the very last moments of her sanity.