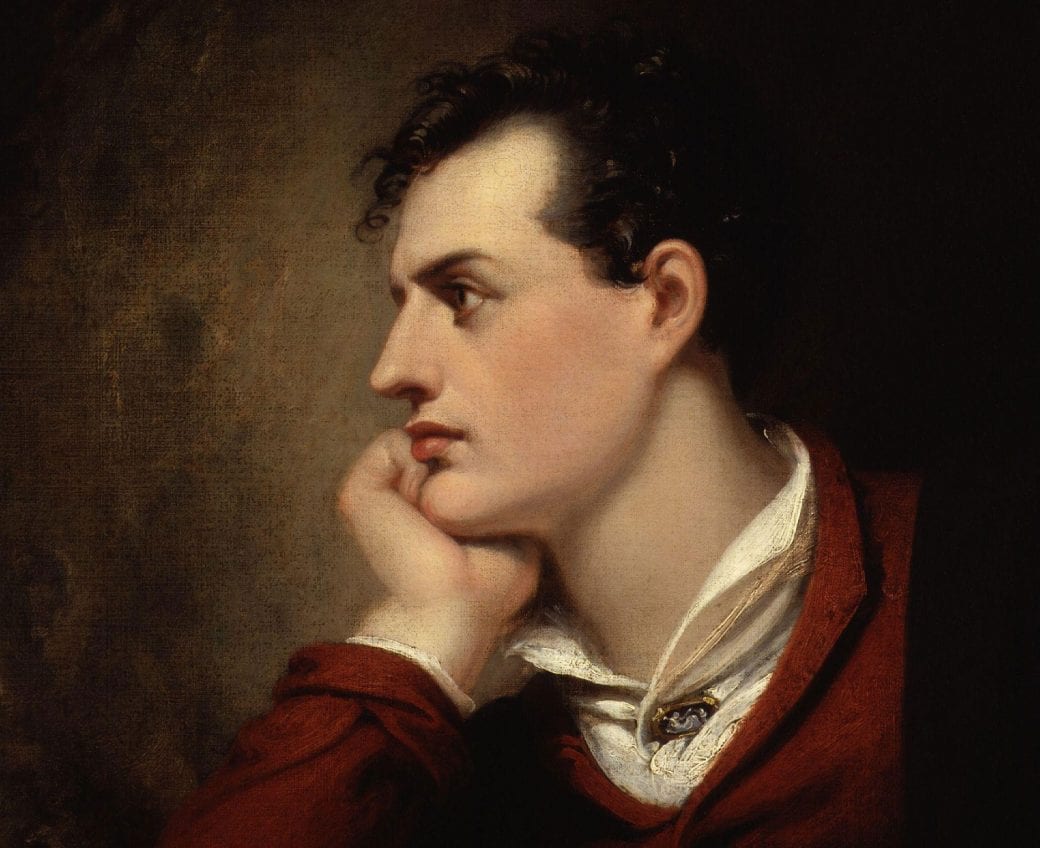 Read the poem carefully. Then write a well-developed essay in which you analyze how poetic devices help to convey the speaker’s complex attitude toward desire.

Darkness is simply the absence of desire. In humans, desire is often the basis for one’s identity; it is what helps differentiate one person from another. Our desires are inextricably linked to our identity as what we desire is a reflection of who we are. However, when placed under adverse circumstances our desires are lost and so are our identities. This prevents us from being distinct as we are left tangled – beyond recognition. In the poem, “Darkness”, Lord Byron considers the consequences of not holding any desires and how it deprives us of an identity as well as taking away the qualities that make us human. Through the use of imagery, Byron juxtaposes nature with civilization and reveals the chaos of absolute darkness. With diction, the connotations that he offers go against what we initially would expect which further serves to emphasize the chaotic atmosphere of the poem. Ultimately, personification is used to highlight more abstract ideas – like war and darkness – and make them more easily relatable.

The vivid description of the downfall of nature as well as the animalistic traits that humans adopted helped emphasize the consequences that arise from a lack of desires. Byron’s use of imagery can be seen in the starting lines where the “bright sun was extinguished” which conveys the absence of something that was so essential to life itself – just as desire is to the shaping of one’s identity. This is further reinforced by how Byron was dependent on his affairs to give him a sense of identity and how he would have been nothing without it. His illustration of forests being set on fire to provide a temporary warmth displays the valiant effort that they all put into restoring that which was permanently lost. With the “pall of a past world” floating above them, the idea of how memories look like is painted into our minds as well as how they are so infinitely distant that one is only capable of observing them. Furthermore, the imagery of the vipers “hissing” but being “stingless” and how they are described as being masculine shows the loss of control and power that men experience when faced with adversity which, ultimately, is given to women. In the last lines, there is an emphasis on how the “Darkness had no need of aid” from the clouds and that “She was the Universe”. The darkness is so absolute that it can’t be visualized; it pervades everything which reinforces how an individual will fail to recognize themself without the illumination of desire.

Through the use of diction, it is evident that there are many possible connotations behind some words; this further acts to emphasize the chaotic atmosphere of this poem. Fire can be considered as something that brings either pain or comfort. Since fire is equated to desire in this poem, there is a sense of comfort that comes with bringing back one’s desires as it make them capable once again of distinguishing who they are and what distinguishes them from others. The “Darkness” inside this poem is referred to as something that consumes everything and becomes the single thing that exists after everything is gone. His own status according to the hierarchical system of England is seen to have had an influence on his word choices as it appears that Byron has written formally. The maintenance of his diction throughout the poem is one of the things that remains constant amidst the chaos of his poem, thus, making it essential. Byron’s way of writing words such as “famish’d” and “stirr’d” could be representative of the colloquial language of 19th century England.

Finally, Byron’s use of personification creates a terrifying and horrific image of how certain abstract concepts would look like if they existed. This serves to help readers gain a stronger understanding of concepts that have lost the meaning behind what they are. Although the idea of war is generally known by many, there is a level of understanding and insight that comes from giving it qualities that readers can easily relate too. Byron’s villanizes men by equating them with the brutality of war and by describing  how they “glut themself” which makes all men appear sinful. The idea of gluttony in this poem more specifically refers to the lustful intentions that men, including Byron himself, have and how their desires are unquenchable. By giving darkness a feminine nature, he displays that women have “no need of aid” from any other of the negative aspects in life as they consume everything that exists. Although the idea of famine and war seem unpleasant, darkness is what truly controls the universe – being absolute and infinite. The only thing that could get rid of this darkness is desire, and in this poem even that is lost.

Byron’s take on desire is that it is necessary when creating an identity and adds depth to an individual’s identity. Without desire, it becomes impossible to recognize who we are, thus, resulting in a loss of identity. Through the use of personification, the control that darkness has over everything that exists is shown. This also shines a light on how desire is the only thing that can get rid of this absolute darkness. Furthermore, Byron’s use of diction is influenced by colloquial language of the aristocracy in 19th century England. Byron used this language to emphasize that the aristocrats were considered the most capable at pursuing their desires. His vivid use of imagery helps to highlight the downfall of nature and the complete chaos that has arisen because of the darkness. Ultimately, when placed under adverse circumstances an individual’s desires are lost as well as their identity. The absence of desire is what gives birth to an infinite, unwavering darkness.