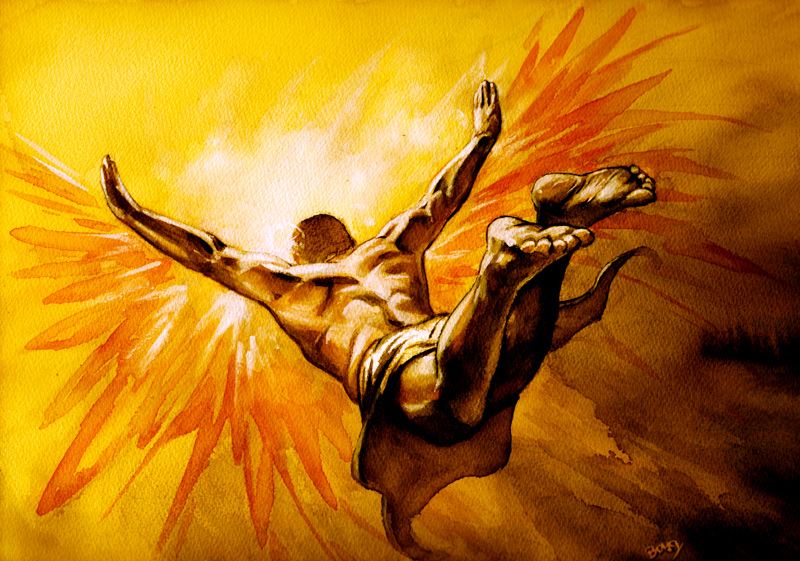 What do these texts suggest to you about the power an individual has to create a meaningful life?

Here is a boy who tries to be his best self but struggles at everything.

Since he was a child it was his dream to be the very best, at everything. Not out of a desire to prove himself to be better than others, but to make his mother proud and live up to his grandfather’s dying words. Growing up he was always held onto that dream as a way to give himself hope. Yet hope is something that is based on belief alone, with little to no ground to stand on and it is easily crushed and destroyed. That was his downfall. The boy had hoped too much and been too optimistic.

As he grew up he realized that not everyone had such high hopes for him, it was because he was slow in thinking, and rather unfortunate-looking. He consistently was told that he was weird, his skin looked like excrement, and he was stupid beyond compare. Yet he was still very kind to them. Every time a special event would be held at school he would bake muffins for everyone in his classes and had hoped that they had grew to like him more.

They did, they liked him. However they did not respect him.

He was still the perfect target for others to pick on, he might as well have been served on a silver platter. Beaten up and bruised as he came home he would avoid his mother hoping she wouldn’t see him, and when she found out he would make excuses that only he believed in.

‘They were just joking’

It was all an attempt at convincing himself that this is what friendship was like. How would he know? He never had many friends and he thought that what they were doing is justified. It seemed to some people that the world had played an unfair hand to him: he was weak, unintelligent and hopelessly optimistic. But what people didn’t realize was that he never felt bad for himself.

He was still not very intelligent compared to everyone else. He would always score lower on tests and exams, fail at sports, and had difficulty making friends (though the last one wasn’t his fault). It grew increasingly clear to him that the apparent truth that ‘practice makes perfect’ did not apply to him. He would not accept it. Practice makes perfect, period. He would always tell himself. He always saw the world and everyone as equal Everyone had equal chances of success, and equal chances at happiness. That greatness was something all had in store for themselves, and that those who had achieved this greatness had come to the realization that he believed in prior. So he continued to try, he studied weeks before exams taking careful note to learn every concept and answer every question carefully on tests. He failed every one. Yet his teachers never were concerned, they had regarded him as a great student and wonderful child, worthy of praise. But never apparently their A+. He joined Sports teams to prove himself, yet he was weak and frail, he would never be able to run as fast, or be as strong. In soccer practice, the other boys would kick his shins and ankles, and in basketball he seemed to be the only ones who ever got a bloody nose. In music the teacher would never be impressed, because the way he played the instruments was never correct, the way he sang was hoarse. His voice would crack and he always hit the xylophone too hard.

You are failing. They told him. You should practice more they said.

Determined to make them all proud he would skip meals and sleep to practice. And each day when he returned more pale and sickly than the last performance got marginally worse.

Time wore him down, alongside failure and rejection. Yet he was still kind to others.

He was now a high school student. It was a new beginning and a new environment, a new chance for success and redemption. Optimistic and full of potential. He saw himself achieving Valedictorian and many distinctions, just as others before had, he believed that a lot of hard work was necessary. However history has a tendency to repeat himself. He did not achieve what he wanted, and was failing school as a result, barely making it to the next grade. Though he managed to attract the attention of high achievers, who soon came to be his best friends. It was nice, but insulting, that he could attract the company of those people but never be like them. It hurt him deeply. He watched all of his friends be invited to awards ceremonies and receive awards for physics, math, English, biology, and chemistry. All the subjects that he wished and worked to be the best in. But apparently not.

With every failure his fortitude broke little by little, every test he would score insufficient on, every time he failed to make it on to a sports team. He always let himself down. His self esteem took hit after hit and he saw himself becoming more and more distant from the dream he held. And he became bitter, he began to predict his failures before they occured, and began to treat others harshly as a way to let himself vent. He lost hope, yet the worst part was that was the breaking point for him. Yet the saddest part was that he felt that his life was wasted because of all of his friends and peers he was the only one who was not achieving anything, he was doing rather the opposite.

At this point he was left with two options, there was a line of rope that was used to dry clothing on the deck, or he could keep on going. But as luck would have it, for better or worse, a good friend of his appeared when the boy needed him.

It wasn’t his fault.

It’s not your fault.

It’s not your fault.

It gets better and what you think might end the problem, is actually you preventing making things better.

One thought on “Polished personal: Here is a boy who tries”